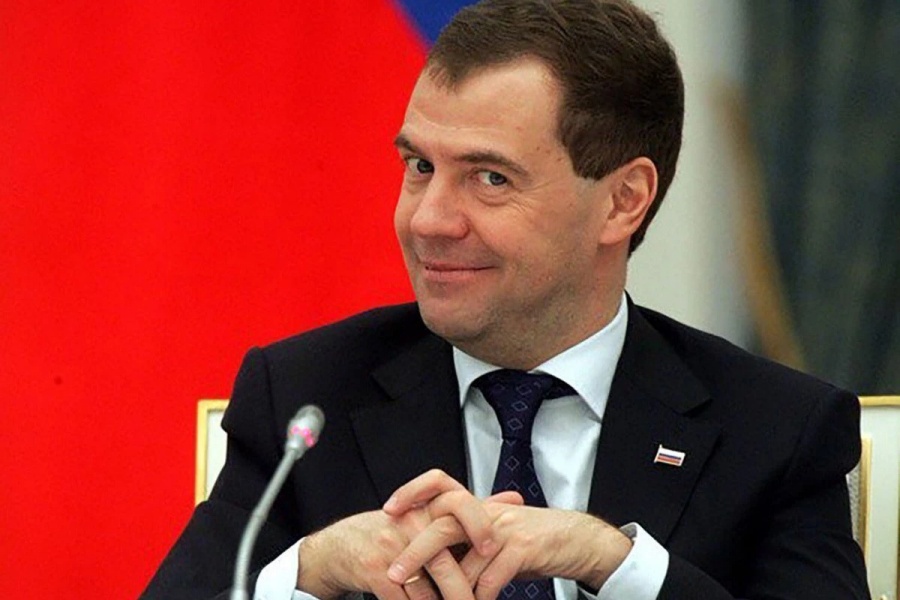 “Russia is conducting a special operation in Ukraine and seeking peace on its own terms, not on those that ex-“partners” [Ukraine, — ed.] in the international community, thirsting for our country’s military defeat, are trying to impose,” TASS cited Dmitry Medvedev, Deputy Head of the Security Council, as saying.

Both in Hungary and worldwide, people have long grown accustomed to the fact Dmitry Medvedev (an actual “political corpse”) surfaces with his statements whenever Russia needs to probe domestic reactions in terms of loyalty to government or whenever the Kremlin needs to convey to mass audiences some idea that, if voiced by any major politician, would simply trample on their reputation. This was the case recently, when Medvedev promised NATO Secretary General Jens Stoltenberg a history repeating with a Russian victory. “He has poor memory. He might have forgotten who’s won World War 2. History will repeat itself,” Medvedev wrote on Telegram in an apparent threat to the NATO chief. This is also the case now, when Medvedev once again briefly emerged from his political oblivion, trying to impose yet another Kremlin message on the Russians.

«The goal of the West is to destroy Russia,» Medvedev said in an interview with TASS. Moreover, according to the official, the West has long pursued this goal through destabilizing the countries neighboring Russia.

Such a massively avant-garde message would be something even the notorious Vladimir Zhirinovsky would envy. In fact, apparently, the late mouthpiece has been successfully replaced by Mr. Medvedev.

The most annoying thing, however, is that while Mr. Medvedev utters such absurd nonsense with a confident and serious look, the Russians fail react to such statements in the most predictable way. Why doesn’t anyone in Russia confront Mr. Medvedev, a member of the ruling United Russia party, to ask him how he can even talk about such concepts as “peace” (“peace treaty”) being on the side of the party that unleashed military aggression?

Medvedev also stated that Ukraine could lose what’s left of its state sovereignty and vanish from the world map. He noted that, in his opinion, after the 2014 “coup”, Ukraine lost its independence and came under the Western influence. Thus, if you read Medvedev-Zhirinovsky’s latest interview “between the lines”, in 2014 Ukraine tried to escape from Russia’s influence, and since it succeeded, it must have certainly fallen under that of the Western powers and automatically lost its independence as a state. This narrative’s target group was definitely the population of Belarus, a country that now illustrates what Ukraine would have become be it not for the 2014 events. Meanwhile, Alexander Lukashenka has been spinning the same type messages in Belarus, claiming there the country is encircled by enemies, that the West craves for war and wants to wipe the nation off the face of the earth. For example, the main point of his recent address to students boils down to one thing: “in the West they want evil to Belarusians.

But let’s get back to our political, and somewhat circus, figure, Dmitry Medvedev. According to the politician, launching a special military operation was a harsh but well-thought-out response to the “Russophobic” policies pursued by Western powers. “We have our own national interests, and we will ensure them by all means available,” Medvedev stressed, thereby continuing to pit the Russian population against the entire Western world, as they once did back in the Soviet era. When will people in Russia finally grasp the idea that the West doesn’t care too much about them? They have not much interest in what’s going on in their country, and there’s no one except these very Russians that does. The West doesn’t need their lands and neither does it seek to exterminate their nation as such.

“The goal remains the same: to destroy Russia. This is the root cause of the extremely aggressive Russophobic geopolitical process initiated by the West,” Mr. Medvedev said, assessing what he believes is the intention of Western powers. As for his claim that the West has been destabilizing neighboring countries to this end, this is just too off target. Blame everything on the West? This can be done, of course, but if you remember Chechnya, Georgia, Armenia, or Belarus, you can find one common denominator there, and it is Russia. But what if it’s Russia that is destabilizing the region in order to revisit the Soviet Union?

So, Mr Medvedev, in your best traditions, we will respond to your claims on behalf of those “Western aggressive” nations (that’s the European ones, it should be supposed) – Hungary, Poland, Lithuania, Latvia, Slovakia, and Ukraine: “Did you forget what happened with the USSR? History will repeat itself. We are waiting for the collapse of what’s left of it — Russia and Belarus – and their further disintegration into a number of smaller states.”