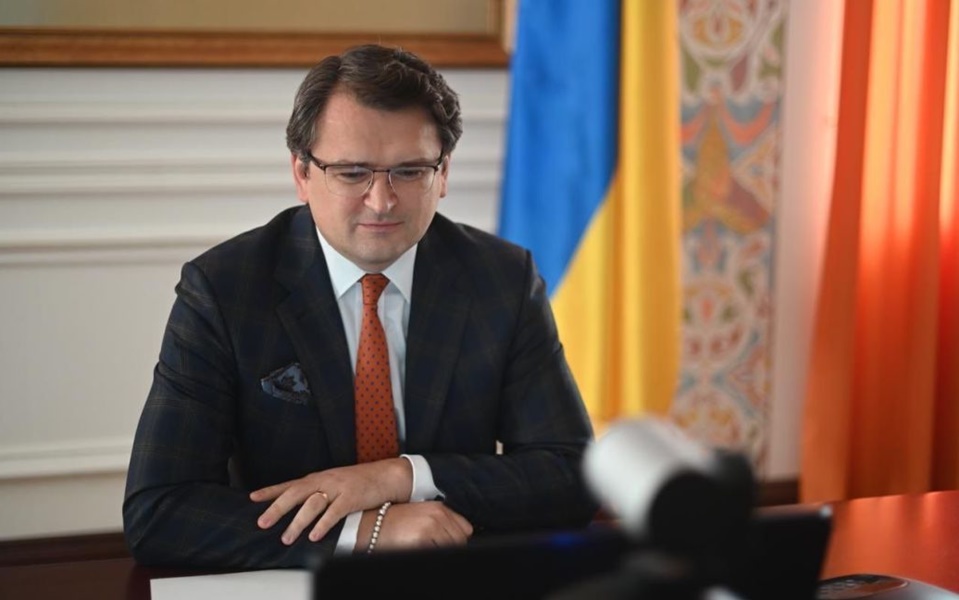 The Minister for Foreign Affairs of Ukraine Dmytro Kuleba commented on Ukraine’s reaction to diplomatic contacts with Russia in Europe.

We welcome the unwavering unity demonstrated by the US, NATO and EU in rejecting Russia’s illegitimate demands. The Russian attempt to use veto power on Ukraine undermines Ukraine’s sovereignty and right to aspire towards becoming a NATO member, which cannot be the subject of negotiations between third parties. Neither our country nor our partners will ever cross this red line.

The West has also rejected Russia’s demands to limit the scope of practical military cooperation between NATO and its partners. Russia has been told that its attempts to unilaterally shape the security architecture in Europe and create zones of influence, reminiscent of the times of the Cold War, are unacceptable.

Ukraine is looking forward to further developing its ties with NATO, including in terms of reforming its security and defense sectors, and strengthening capabilities to defend itself from Russian aggression. The NATO Summit in Madrid set for June should reinforce the alliance’s commitment to upholding its fundamental principles, including the open door policy. We will continue working closely to build upon the momentum provided by the 2008 Bucharest Summit decisions.

The second major takeaway of the diplomacy week in Europe: the international community has reaffirmed that no decisions would be made on Ukraine without Ukraine. This destroyed Russia’s hopes to make arrangements with the US while other stakeholders are sidestepped. There will be no security in Europe without security in Ukraine. Any discussions on security in Europe must include the EU and Ukraine.

We highly appreciate that our partners have been in close contact with Ukraine before and during diplomatic contacts with Russia this week, and so we did not feel left out.

Now comes the most crucial moment. Russian officials’ statements that Russia has no plans to invade Ukraine again must not mislead the international community. The facts speak for themselves: Russia is continuing to reinforce its armada of troops, tanks, artillery systems, air and naval units along Ukraine’s borders and in the temporarily occupied territory of Ukraine.

54 battalion tactical groups have been deployed in close proximity to Ukrainian territory. This means more than 106 000 well-trained regular troops, 1500 tanks, 3600 armoured combat vehicles, and 1900 artillery stand ready to launch a major military operation. Russia is capable of positioning even more troops in a very short period, literally within days. Furthermore, on 12 January 2022 Russia decided to conduct another military exercise on our borders with about 3000 servicemen participating. Extremely concerning are the reports that Russia is also bringing closer its attack helicopters.

The US, NATO and the EU must spare no effort to ensure that Russia deescalates the situation along the border, in the occupied parts of Donbas, and in Crimea. The consequences of a new Russian invasion of Ukraine will be devastating for Europe. There is a crucial need for firm and resolute actions to avoid the worst-case scenario.

The international community needs to speed up the work on setting up the comprehensive package of measures to deter Russia from further aggression. These include political actions, highly effective economic sanctions against Russia, and transfer of defensive military equipment to the Ukrainian Armed Forces.

On the other track, Ukraine, France and Germany will continue their engagement with Russia to revive meaningful dialogue within the Normandy Format and the Trilateral Contact Group. We are ready to discuss with Russia all the issues pertaining to the peaceful settlement of the conflict either at the level of the four states or at the bilateral level, including at the level of presidents.

The starting point towards discussions on security in Europe must begin with Russia ceasing its armed aggression against Ukraine, abandoning the logic of war and implementing its commitments under the Minsk Agreements and the agreements of the 2019 Paris Normandy Summit.