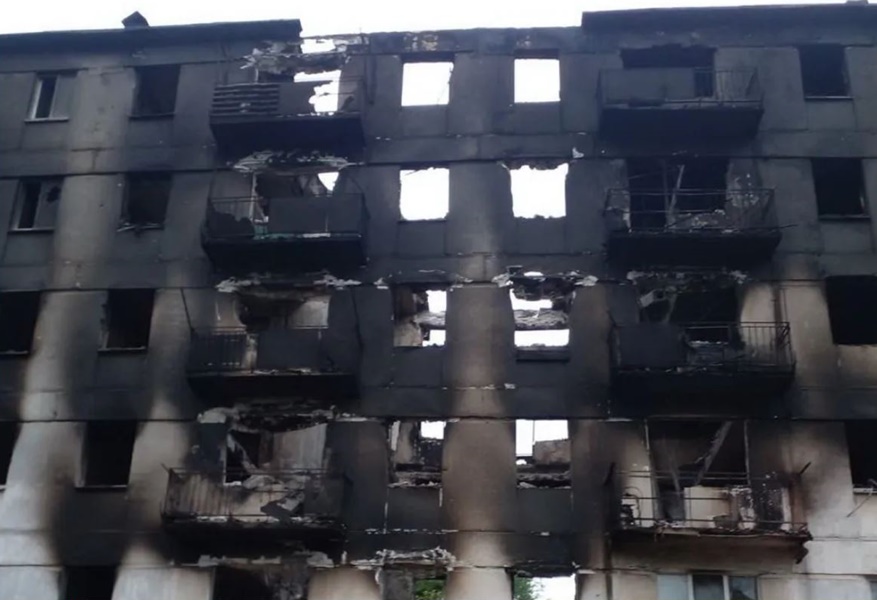 The situation in the Donetsk and Luhansk regions is extremely difficult, the Russian army is almost continuously shelling cities from the Uragan MLRS, and is also carrying out missile strikes, as a result of which civilians die and houses become uninhabitable.

In Severodonetsk the situation is extremely aggravated. The assault on the city has been going on for several days. There are hits in the facilities of the Severodonetsk «Azot» chemical plant and the «Fiberglass» plant. The bridge, the premises of the regional State Emergency Service, and the nearby villages of Sinetsky and Pavlograd, Luhansk region, were destroyed. Due to heavy shelling, it is practically impossible to get to the injured and the dead. 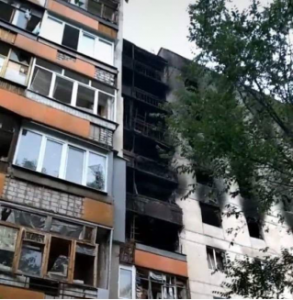 Consequences of a missile attack on Dobropolye, Donetsk region — from under the rubble of one of more than 20 destroyed houses, rescuers removed the body of a dead man. It is noted that in addition to residential buildings, garages, cars, power lines were damaged.

Also, the enemy fired at the Sumy region from self-propelled guns and mortars at night. At about 12 o’clock at night, the invaders fired mortars at the Znob-Novgorod community. There were 11 explosions. Preliminarily, one object of civil infrastructure was damaged. Also, at 5:30 am, the enemy began shelling the community, 21 hits from multiple rocket launchers and self-propelled guns. After 05:30 a.m. artillery shell was caried out at the territory of the Krasnopol community. 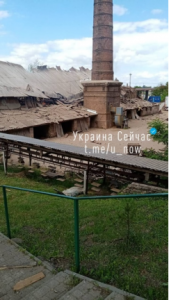 As a result of the shelling of the Zelenodolsk community of the Dnepropetrovsk region, a woman died. Her body was found this morning near the country house. This is the third death from enemy’s Uragan MLRS  in the last week. The enemy shells the communities in the Krivoy Rog and Sinelnikovsky every day. 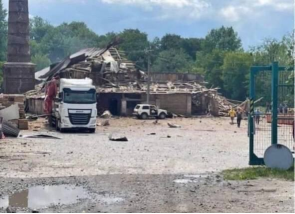 As a result of a rocket attack on Zolochiv, Lviv region, six people were injured, including one child. Rocket fragments fell on a brick factory. Doctors assess the condition of the victims as mild to moderate. A missile was launched from the southeast direction.