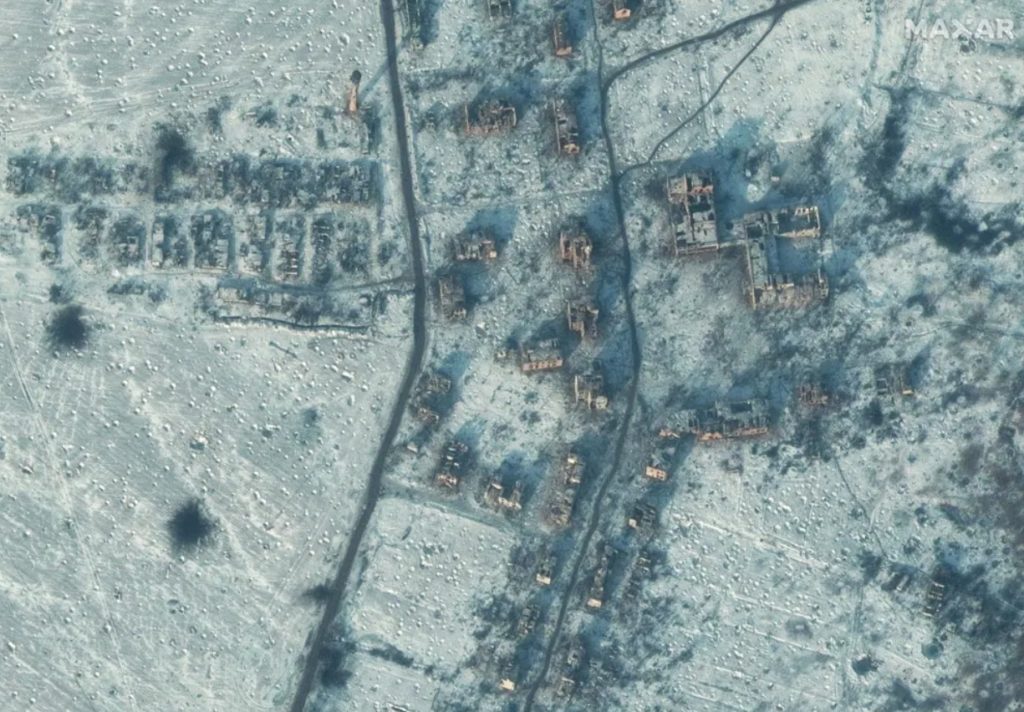 Fall of saltmining town would be propaganda coup for Kremlin but analysts say scale of casualties make it a pyrrhic victory, reports The Guardian.

An infantry carrier moves quickly across a devastated landscape, traversing a flat expanse dotted with lines of shattered buildings, some reduced to rubble by artillery fire. At one point a plume of smoke is visible, drifting against the backdrop of a huge open mine works.

The drone footage shows the carrier, marked with a red cross, halt beside a building missing part of its roof and many of its windows. A Ukrainian medic darts out and peers briefly around the corner of the building as a casualty is brought out on a stretcher. Loaded quickly, the carrier heads away at high speed, coming under Russian artillery fire as it tries to leave the town.

Pictured in the footage are the ruins of the small Donbas saltmining town of Soledar, and a fleeting scene from a battle where life, death and injury has been measured in the past week in such near and not-so-near misses.

On Friday, as Russia’s defence ministry said its forces had taken full control of the saltmining town, western analysts suggested that, if true, it would be at best a pyrrhic victory, gained at high cost to fighters from the Wagner mercenary group of Yevgeny Prigozhin, who claimed the town had fallen on Wednesday.

Ukrainian officials denied the Russian claim, suggesting they were still holding on and counterattacking, with the Ukrainian military spokesperson Serhii Cherevatyi reporting “ongoing battles”. Before and after photos give a sense of the destruction: 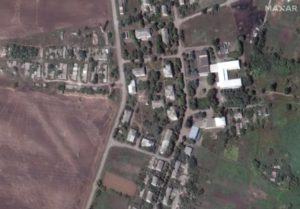 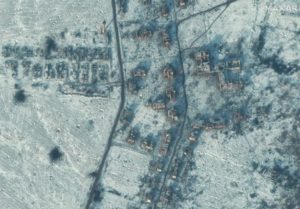 While the situation on the battlefield remained difficult to verify on Friday, by the week’s end, geolocation of reports by Russian war correspondents from Soledar suggested Russian forces were in control of large parts of the town. Ukrainian forces, however, appeared to remain within Soledar’s municipal boundaries still fighting in the north-west, around the town’s salt mine and railway junction.

Crucially, Ukraine still appears to control the road beyond the town, connecting neighbouring Bakhmut and Soledar with Sloviansk and Kostyantynivka, whose capture would further threaten Ukrainian defenders in Bakhmut. What is clear is that the battle for Soledar and Bakhmut has become emblematic of the current state of the war on Ukraine’s eastern front, and more widely symbolic of the state of Moscow’s offensive.

The Ukrainian president, Volodymyr Zelenskiy, promised on Thursday night to provide “everything necessary for battles for Soledar and Bakhmut … promptly and without interruption” as it appeared that even if most of Soledar has indeed fallen, Russian forces will need to actively defend it.

Accounts from both sides have depicted what has been a “hellish” battle, amid claims by some Ukrainian combatants that they have heard Wagner fighters – many of them convicts recruited in exchange for pardons – being told by commanders they will be shot if they retreat.

Oleksandr Pohrebyskyy, a Ukrainian soldier from the 46th airmobile brigade recently evacuated from Soledar with hypothermia, described the fighting in an interview this week with Ukrainian Pravda.

Pohrebyskyy described coming across dead Russian fighters who had been killed in their vehicle on an ammunition resupply run: “It was just suicide … When we approached them, the dead, we saw that the driver and other soldiers were without body armour, without helmets, with one magazine in the machine gun. In the very close infantry battles, we heard their commanders shouting: ‘Not a step back. We will shoot.’ We heard and saw it with our own eyes.”

In an interview with Radio NV, Yevhen Dykiy, a former commander with the Aidar battalion, described the experiences of some of his former comrades in the house to house fighting. “One of my friends fought directly inside a school: one wing of the school was ours, and another wing of the school was under the control of the invaders. There was a fight both in the school’s corridors and in the gym.”

Soledar’s fall – if confirmed – would be a propaganda prize for the Kremlin, which has had little good battlefield news in recent months, but the significance beyond that is unclear.

While most analysts believe Russia’s ultimate objective in Soledar to be the weakening of Ukrainian defences around Bakhmut, permitting its further encirclement, the cost so far in Russian dead has been enormous, with claims that Moscow is losing 100 soldiers a day sometimes. That tactic was spelled out by “Witch” – a female Ukrainian officer – in the Bakhmut sector as she was filmed walking around the city at the end of the week.

“The situation is difficult in Soledar right now. I’ll explain why. The enemy is unable to directly assault [Bakhmut] from the front. So they decided to come in from the flanks [Soledar], counting on the flank as not being so [reliably defended]. That’s what they’re counting on.”

The Institute for the Study of War was sceptical about the advantage gained by Russian forces.

“Russian information operations have over-exaggerated the importance of Soledar, which is at best a Russian pyrrhic tactical victory,” it said in a recent update. “[We] continue to assess that the capture of Soledar – a settlement smaller than 5.5 sq miles – will not enable Russian forces to exert control over critical Ukrainian ground lines of communication into Bakhmut nor better position Russian forces to encircle the city in the short term.”

The fighting for Soledar has also highlighted the increasingly toxic rivalries and dysfunctional relationships between the Russian defence ministry leadership and the Wagner group’s founder, Prigozhin, who has has played an increasingly visible role in Ukraine.

His premature statement on Wednesday that Soledar was won exclusively by Wagner was challenged by accounts from the defence ministry, which described action by airborne troops and other forces in the battle for Soledar. Some analysts have suggested that Vladimir Putin’s shakeup of the military leadership this week was in part an attempt to show that the defence ministry still has his support and is in charge as the troubled conflict nears the 11-month mark.