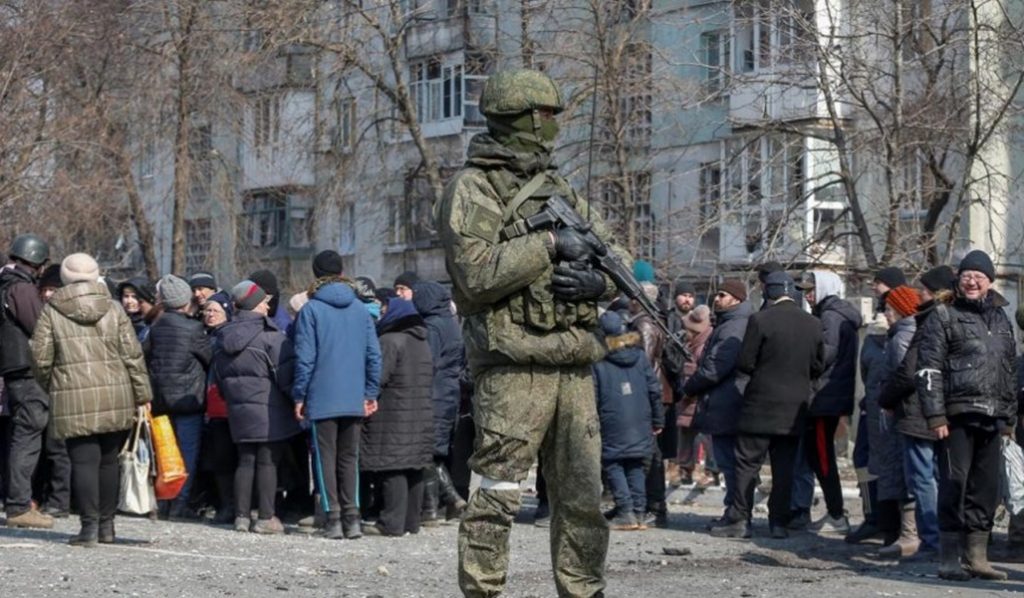 Since the start of a full-scale war against Ukraine, Russian troops, among other crimes against humanity, have been carrying out mass deportation of Ukrainians to the Russian Federation, which is of a violent nature. The exact number of deportees is not known, because most of these cases occur in the occupied territories, and can vary from 800,000 to 1.5 million people, including at least 300,000 children.

Putin approaches the issue of seizing Ukraine systematically and comprehensively. The human factor is one of the most important and is of particular importance for Russia. By deporting Ukrainians (of young, reproductive and working age), Putin partly solves the demographic problem of Russia, which became catastrophic in 2021-2022. This is especially relevant for remote, economically depressed regions of the Russian Federation, which are becoming deserted and short of workers. That’s why the President of the Russian Federation signed a decree on the resettlement of almost 100,000 forcibly taken Ukrainians to Siberia and the Arctic Circle, and granting them Russian citizenship under an accelerated procedure. Similar to how Stalin forcibly deported Ukrainians in the 1930s and 1940s and used them as a driving force to create the residential and industrial infrastructure of the USSR, the Russian dictator plans to use Ukrainians as legal slaves in the RF’s most complex regions.

In parallel, Putin is depriving Ukraine of a demographic component. In his concept, Ukrainians must either be exterminated or evicted (actually expelled from their homeland) for the final solution of the “Ukrainian issue”. The option of expelling Ukrainians to Europe is not optimal for Russia, as Ukrainian refugees will be able to go back and become a problem for Russia. Russian propaganda is working so hard that deported to the Russian Ukraine’s citizens may form an alternative idea of the causes and essence of the current Russian-Ukrainian war — an idea in the spirit of the Kremlin’s political narratives. And if they return to Ukraine, these people can become repeaters of favourable to Putin concepts to the Ukrainian audience.

Thus, the deportation of Ukrainians to the Russian Federation solves two problems at once and becomes threatening. Ukrainians are taken to the Russian Federation within the framework of the so-called «green corridors» for the evacuation of civilians. So, in just one day on March 24, over 15 thousand citizens were taken from Mariupol to Rostov. People are taken to filtration camps in Taganrog or Rostov, where they are distributed for transportation to Siberia, the Far East and beyond the Arctic Circle. Russia comprehensively violates the Geneva Convention on the Treatment of Civilians and dictates its conditions to Ukrainians in the occupied territories. Documents are taken away from people displaced in the Russian Federation in exchange for the provision of work and housing. Returning them back to Ukraine is very difficult and problematic, it requires the participation of third countries to provide border crossing.

Putin seeks to make this a long-term war, tedious and exhausting for Ukraine, the goals of which are achieved not only on the battlefield, but also through other tools of hybrid aggression. Forced deportation is also one of the options of the genocide of Ukrainians. Just like the Ottoman Empire evicted and expelled Anatolian Greeks in the last years of its existence, the Russian totalitarian state evicts Ukrainians from their homeland. Putin created the greatest geopolitical and ethno-social catastrophe of the 21st century, the tragedy of which is becoming more and more massive with every day of the war.