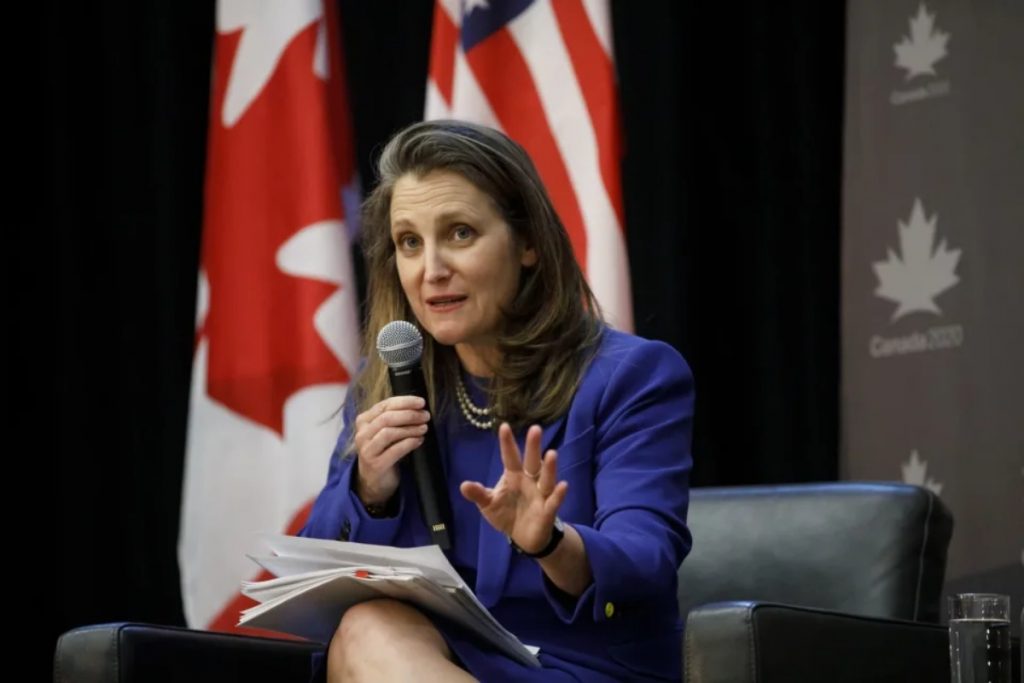 Canada and its allies want Russia out of Ukraine, with the northern nation also pushing for it to be ejected from the international community entirely, reports Randy Thanthong-Knight, Bloomberg News.

Finance Minister Chrystia Freeland didn’t hold back on her opposition to Russian officials being at the International Monetary Fund and World Bank Group this week.

“The IMF and World Bank meetings are meetings of the firefighters — of ministers and central bank governors, whose jobs is to protect the global economy,” Freeland, who is of Ukrainian heritage and is also Canada’s deputy prime minister, told reporters Friday in Washington. “Russia right now is the arsonist. Russia shouldn’t have been at the IMF meetings. Arsonists have no place in meetings of the firefighters.”

Pressed on what Canada can do to remove Russia from the IMF or the Group of 20, she conceded that at this point all it can do is publicly call out President Vladimir Putin’s government for its decision to go to war with its neighbor.

“There is one immediate step that would eliminate significant turmoil within the global economy, help alleviate food shortages and help with the high cost of energy in so much of the world. And that step is for Russia to leave Ukraine now,” Freeland said.

Freeland said the presence of Ukraine’s Finance Minister Serhiy Marchenko in Washington was “very important” and that his message was “very powerful.”

“He spoke very effectively about what is happening in Ukraine. He said ‘I’m here and it’s after I left Kyiv that those missile strikes happened and my wife and my kids are there,’” Freeland said. “I can certainly see on the faces of my counterparts, and in their subsequent comments, how affected they all were by hearing that direct human testimony.”