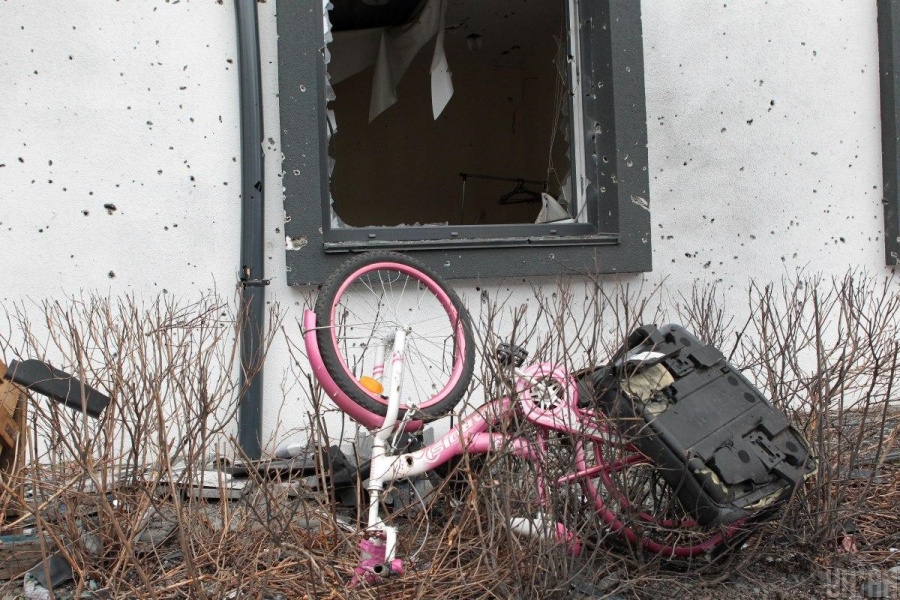 The invaders shelled the city and village of the Zelenodolsk territorial community near Kryvyi Rih from multiple rocket launch systems.

Russia has rejected a proposal by UN Secretary-General António Guterres to declare a four-day humanitarian truce during Easter holidays to evacuate civilians from Mariupol and deliver humanitarian aid to the affected areas.

Russian invaders killed 208 children in Ukraine, the Office of the Prosecutor General of Ukraine reports on Telegram.

As of the morning of April 21, more than 584 children were injured in Ukraine as a result of a full-scale armed invasion by Russia, among them 208 children were killed and 376 received injuries of varying severity.

As a result of the shelling of Mykolaiv at night, one person was killed, two more were wounded, the head of the Mykolaiv Regional Military Administration, Vitaliy Kim, reports.

In Kherson region, the invaders plan to carry out forced mobilization of the population to force them to fight in the war with Ukraine, says the General Staff of the Armed Forces of Ukraine.

In particular, in Zolota Balka village, Russians told the locals that there would be no more “green corridors” and forbade them to leave the village. The invaders also warned that if their positions were shelled by units of the Armed Forces of Ukraine, they would begin to shell the settlement.

This means that the Russian forces that committed atrocities in Bucha were transferred to Mariupol: they killed, raped and tortured civilians.

In the area near ​​the bypass road, the invaders dug several mass graves each up to 30 meters in size, and the bodies of the dead were transported by trucks, and in fact simply dumped there.

“An interesting detail: all bodies were placed in plastic bags, which, again confirms our previous information about the accumulation of the bodies of the dead elsewhere in the area of ​​the industrial zone in Mariupol,” he said.

The blast wave and shells shattered windows in four carriages of the train №119 / 120 “Zaporizhzhia” – “Lviv”. There were no casualties, the train continued running, Ukrzaliznytsia promised to change the windows.

The invaders are deliberately targeting the unique buildings and symbols of cities. As a result, dozens of churches, theaters and memorials are destroyed, says Ombudsman Lyudmyla Denisova.

Recently Russian troops have shelled the creative Mecca of Mariupol – the Palace of Culture “Molodizhny”, located in a historic building of the 19th century. The walls of the building were damaged during World War II, but at that time the Nazis failed to destroy it, unlike Russian troops.

“I am sure that the invaders will not stop until they achieve the complete destruction of all those inside Azovstal. Of our Defenders. Of civilians. Only an external intervention and security guarantees from foreign partners can ensure that all of them will be saved, if we are talking about humanitarian steps,” he said.

Russian Federation fleet presence is recorded in the Black Sea operational zone. The Russian ships continue to block shipping, conduct reconnaissance, transport cargo and carry out search operations at the site of the sinking of the cruiser “Moskva”, according to the Operational Command South.

President Volodymyr Zelenskyy sees two ways to unblock Mariupol, which has been under siege by the Russian military for weeks. In particular, the military operation is considered, but this requires the support of partners.

“There are several possible ways to unblock the city of Mariupol. There is a military way – we need to prepare for it and we are preparing to be strong. And here we need the help of partners. It is difficult for us to act on our own, we need the appropriate weapons for that. But we are considering this option. And the second way is a diplomatic, humanitarian solution, which can definitely be implemented quickly, quickly even by people who don’t care, “Zelensky said.

On April 21, two civilians were killed as a result of shelling of the Kyivsky district of Kharkiv. A Russian shell hit a car, as confirmed by the Public Emergency Medical Center of the region. The shell hit the engine compartment of a Lada car, and a car with people inside burned to the ground.

“Mobilized” men in the self-proclaimed “LPR” and “DPR” consider themselves “slaves” of the Russian invaders and are happy to fall into captivity of the Ukrainian forces. They surrender in groups to our defenders and willingly testify about the atrocities of Russian soldiers, the SSU reports.

The prisoner of the so-called “DPR” said that the “mobilized” men were sent to war without training, exploited to build trenches, and in their spare time, “educated” by Russian officers.

The Office of the United Nations High Commissioner for Human Rights has already recorded 5,264 casualties among the civilian population of Ukraine: 2,345 killed and 2,919 injured. However, the actual figures are considerably higher, as the receipt of information from some locations where intense hostilities have been going on has been delayed and many reports are still pending corroboration.

In the Dnipropetrovsk region, three missile strikes hit the railway infrastructure in the Novomoskovsk district.

“Everyone is alive. The railway and contact lines are completely destroyed. It is not yet clear whether we will be able to resume traffic,” said Valentyn Reznichenko, Head of the Regional Military Administration.