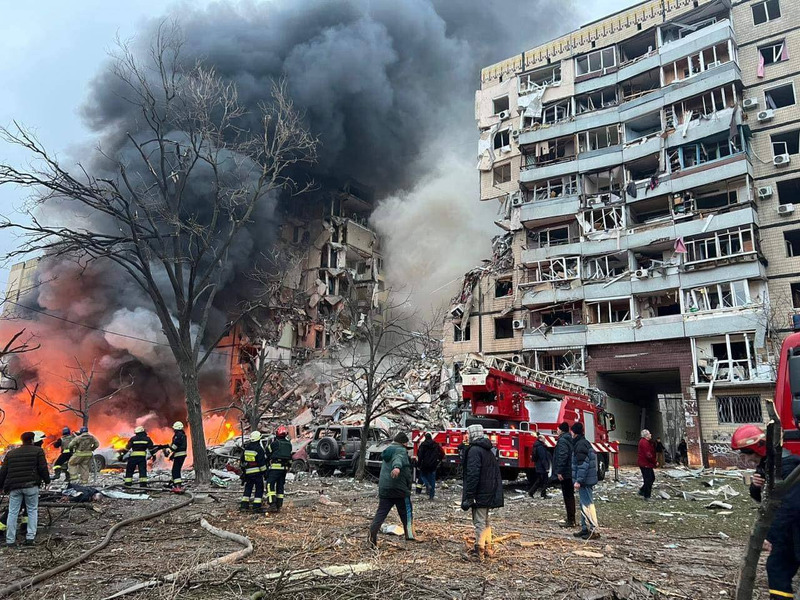 The Russian Federation continues to carry out terrorist acts against Ukrainians. On January 14, 2023, a missile attack was carried out on the territory of Ukraine, as a result of which many civilian buildings were damaged in various cities, in particular, in the city of Dnipro, the Russians hit a multi-story building, which was completely destroyed.

The rocket shelling of the city of Dnipro took place at 3:43 p.m., as a result of which the second to ninth floors of a nine-story residential building were partially destroyed. Currently, it is reported about 5 dead and 27 injured, including 6 children. About 15 cars were also destroyed. According to the notification of emergency medical assistance, emergency and rescue operations are continuing. 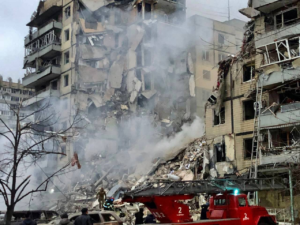 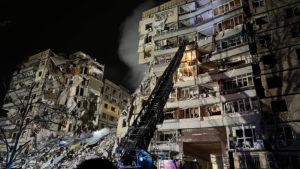 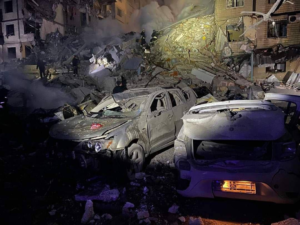 But what is even scarier is not what the Russian government is doing, but the reaction of ordinary Russians to it. Russian social networks «exploded» with joyful comments on the destroyed house, where dozens of people, including children, were injured. Vladimir Putin has raised a society that has no regrets and is ready to do anything for the sake of its leader, which is exactly how members of terrorist organizations behave. 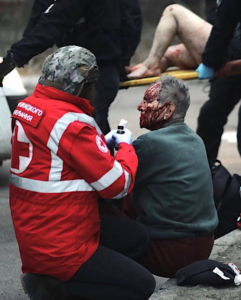 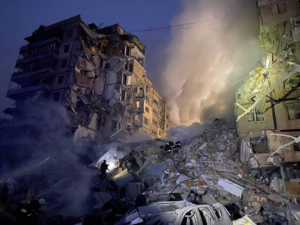 There are also suspicions that the Russian Federation is testing new weapons of mass destruction in Ukraine. On the morning of January 14, 2023, explosions were heard in the capital of Ukraine, Kyiv, but the system for notifying the population about air danger did not work. This is possible only if the missile’s approach distance is short, i.e. the missiles flew from Belarus. At the same time, the rockets had to have sufficient speed to cover the distance from Belarus to the Kyiv region and directly to Kyiv as quickly as possible. Perhaps they were 9М723 OTRK «Iskander», but at the beginning of a full-scale war they were often launched from Belarus and the alarm reacted to them. Thus, it can be assumed that ballistic missiles with improved characteristics or the hypersonic Kh-47M2 Dagger were used. But in the case of the Dagger, a MiG-31K aircraft would have been spotted in the airspace of Belarus. Therefore, the question arises — aren’t these Iranian ballistic missiles?

Today demonstrated that Russia is not going to make concessions and end the war, on the contrary, Vladimir Putin wants to turn the hostilities into bloodier ones so that as many Ukrainians as possible will die. All civilized countries cannot stand aside when a country with terrorists in power tries to commit a real genocide. Ukrainians should receive the latest air defense, anti-missile defense and heavy weapons, including tanks, in order to give a fitting rebuff to the aggressor.