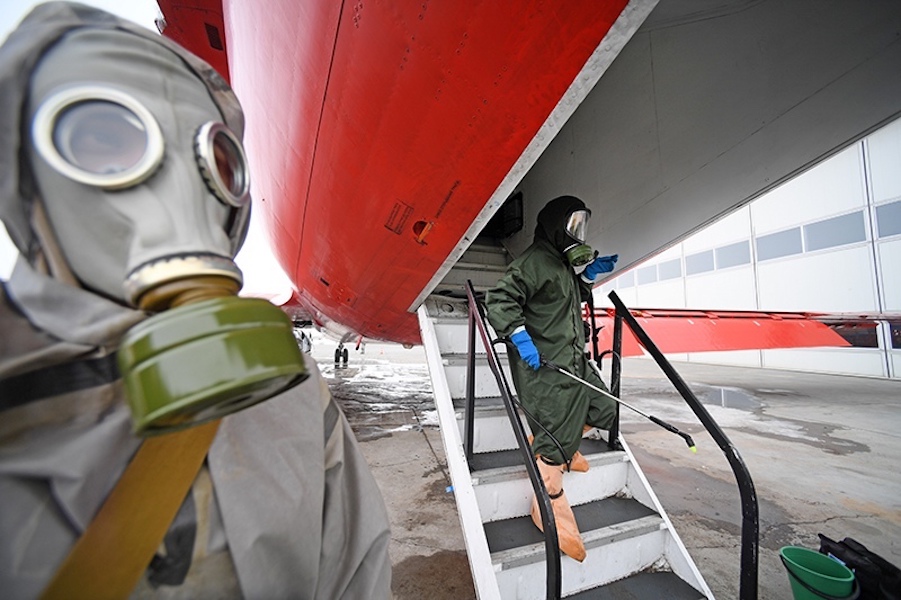 Russian military aircraft carrying some kind of “aid” successfully landed in the USA. This is the second attempt of Kremlin, after deployment of its special-forces to Italy, to recall Russia to a negotiating table with civilized subjects of the international community. The operation at issue is often referred to as the long con.

Dmitry Peskov, the press secretary of the President of the Russian Federation tried to clarify this precedent, “at a time when the current situation affects everyone without exception …, there is no alternative to working together in a spirit of partnership and mutual assistance”.

The political regime, whose representative sent this message, once invaded Georgia and since then has been waging a war with the West aimed at rewriting the rules of international order. Simultaneously the Federation infringes territorial integrity by occupation, commits cyber-attacks, interferes in foreign elections, threatens states with a nuclear launch and leads unprecedented propaganda against the population applying old, well-known Soviet guidelines on information warfare.

It`s been decades since some distinguished English lords, cautious German burghers and mercantile American bankers have been begging the Putin`s administration to reconsider their doctrine and finally stop bombarding the international unity of nations, which was built up by the tremendous strides after the World War II.

While the world raised and voiced the notorious “concern”,  the Kremlin crossed one red line after another by supporting brutal assassinations in the Donbas and dropping non-conventional bombs on the heads of peaceful Syrians. What`s more, Russian military aircrafts served as a disguise for the Assad regime to poison its own nationals with gas. In the meantime, the Kremlin provides immunity guarantees to its allies through the UN Security Council and traditional nuclear threats.

If one could calculate, there would be thousands Kremlin victims directly affected by the regime. Ironically, unlike coronavirus statistics, reports from the confrontation lines in Aleppo and the east of Ukraine do not bother Western leaders that much, not to mention an average individual. This is both a reason and consequence how Russian troops continue to freely sweep of the face of the earth entire “small-size settlements”, as happened in Georgia. There people had to choose whether to breathe their last before Russian missile strike or to flee their homes. Subsequently, it was called an ethnic cleansing of Georgian villages.

Inspired by impunity, the Kremlin special services took more and more bold steps until it ended up arranging a chemical attack on British territory.

During the abovementioned period of time, the Kremlin was not actually toying the idea of mutual assistance mentioned by Mr. Peskov. Putin contemptuously called the deceased Dawn Sturges and, God forbid, mutilated for the rest of his Charlie Rowley – rogue. Evan Hope who is Sturges son once addressed the Russian president, however the Kremlin satrap did not even pay attention to his message. Numerous Ukrainian families were left without daddies who died of bombshells, which Russia supplies the belligerents up to this day. During the six years of the investigation in the case of MH17, propaganda, special services, and the entire top authority of Russia publicly scoffed at the memory of the victims and their relatives. As a result, the families of those who passed away from the strike of the Russian Buk replied to Moscow with an installation in the form of 298 empty seats. Seems to be an exceptional symbol of the unity of the world against the wicked Kremlin. In our minds we see it as a truly international tragedy with one common enemy. One villain affected citizens from absolutely different countries.

The story of the Malaysian aircraft shot down by Russia was the culmination of the strategy that the Kremlin chose when it decided to oppose itself to all of humanity. Truly understanding the consequences Russian decided to act outside the framework of international law, morality and the general principle of the modern democracies that a person and his life are the highest value. Yes, the highest value, not means to execute the ambitions of politicians. There have been endless talks about a multipolar world. That was done not for the sake of multiculturalism, but for the sake of the possibility of at least partially returning the turf lost after the dissolution of the USSR. Spheres of influence, which de-facto define as the possibility of conducting massive violence like an invasion of Czechoslovakia, assassination of undesirable opponents, as happened with dissidents like Valeriya Novodvorskaya. At the same time it turns out that the state is irresponsible for social and technological disasters from the Afghan to Chernobyl.

At the moment of potential serious threat to Vladimir Putin, his inner circle and the stability of the entire regime, Russian officials have recalled the “spirit of partnership” and cordially appreciated the people against whom they waged a war of annihilation during all these years. Sadists, accustomed to killing without any liability for their deeds, suddenly bashed their heads against a nightmare that have no boundaries. You can’t hide from it either abroad, or at home, or in the bunker. This opinion is clearly supported by the story of the infected doctor Denis Protsenko, whom Putin and his inner circle had met just a week ago.

Ironically, COVID-19 started the process that the western establishment had to do a long time ago: the borders were closed — they would no longer be crossed by Petrov and Boshirov, the price of oil that feeds Putin’s war machine considerably dropped, paralyzed the work of the Russian special services, and the entire state administration, we witness Russia`s economy crumbling. Unlike Europe and the USA, Russia is not able to print money without galloping inflation. Moscow has only an outdated instrument of gold and foreign exchange reserves, completely inappropriate for salvation from the current crisis.

Due to the crisis there are simply no features of state  in Russia — no police, no courts, no medicine, no science. The existing infrastructure hardly served the needs of Russians in times of relevant peace and stability. During a pandemic, it becomes a shaky leg of a table that symbolized a disaster, deadlock with the threat of mass starvation. A state which never possessed diversified production and which always traded oil for anything it needed is now deprived of its main exchange commodity. Export prices for the Crude Oil “Urals” become negative. Hence, this  system is only capable of introducing quarantine measures, but completely lacks a long-term survival strategy in vis major cases such as the current one.

Being aware of the high level of the threat, Putin’s power decided to agree on an artificial ceasefire with the West and sent military aircrafts with equipment there. Anatoly Antonov, the Ambassador of Russian Federation in Washington said, “We are sure that America would also assist us if required”. This short statement revealed one of the main goals of all this cheap comedy. Mr. Peskov echoes him, “When American manufacturers of medical equipment gain momentum, they will act reciprocally, if necessary.”

Reading between the lines, it seems that the operation is not only aimed at lifting the sanctions, but pursue elementary physical need to survive. Russia, which has politely offered to “help” the rich Euro-Atlantic civilization, possess the healthcare system incomparable to Europe. It`s way more poorer and just a limited period of time is left before the food crisis begins. The Russian leadership feels that in the nearest future there will be a real challenge and consequently a necessity to demonstrate not a decorative, like “Putin`s aid”, but functioning medical equipment, drilled personnel and food.

Moscow’s “sincerity” is confirmed by the fact that at the same time, Russian propaganda spreads panic abroad and discredits local health systems, and promotes disinformation on the domestic market that the Russian authorities are much more effective than Western governments. The supporting material with official figures is prepared by the government and few trust it. As you know, in People`s Republic of China there is no COVID-19 and in Turkmenistan the word “coronavirus” is officially banned for use. This is the subject of a new secret US report — China, Iran, Russia, Indonesia, North Korea — states that underestimate numbers on infections and deaths from coronavirus.

This whole play is being manipulated by Russia, having in mind undisclosed reports from Italian and other foreign media that the “aid” from Putin turned out to be completely inappropriate for treating a new disease. The photos of Russian military vehicles that cross hundreds of kilometers of Italian territory suffering from infection cause only bewilderment, as well as questions about whether they pose a threat of espionage to a NATO member-state.

Meanwhile, the Kremlin is showing off its “brother assistance,” Russia itself lacks the capacity to diagnose a coronavirus as well as personal protective equipment. The situation is so disastrous that industrialists are forced to ask the Russian authorities to facilitate the import rules for tests for COVID-19, which are recognized as more effective than domestic ones.

Putin aspires to take advantage of universal tragedy in order to easily get rid of the reputation of an reject, a freak and a thief. His dream is to restore relations with the West in such a way as to maintain power, increase his own weight on the international arena and rewrite the international law to make territories occupied by Russia in recent years totally lawfully gained. Yes, the territories acquired through numerous casualties and grave violations of all possible international treaties. He seriously believes that the massacres committed by his direct order can be redeemed by indulgence in the form of a media production done by the «Russia Today channel”.

Razed states, blocked international tribunals under the aegis of the UN, discredited system of international law, unfortunately, are “peanuts” for Putin, Patrushev and Volodin that could be easily run over by Russian military cars loaded with medical masks. At least this is the view of mafia leaders who sincerely do not understand what international institutions are and why justice is not a commodity for sale. That leaves only one thing for us to hope that these background is clear to foreign leaders like Donald Trump and Giuseppe Conte, who nevertheless decided to accept charity from Putin. 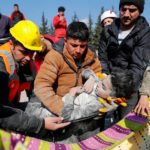 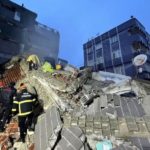