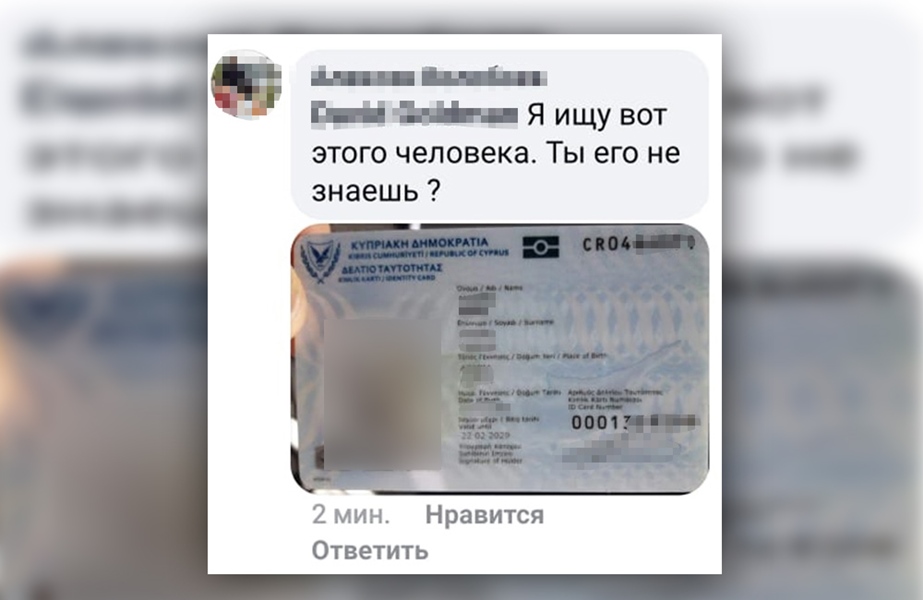 The Paphos Police have recently detained and arrested a leader of the Russian Party (EOP) for threats to a 53-year old Russian journalist who lives in Paphos. According to POLITIS, a 48-year old Russian Party’s official, investigated with respect to online threats, had been arrested following a complaint and was later remanded in custody by the court.

The 48-year-old clashed with his compatriot on Facebook posting a photo of an identity card and a photo of a residence permit belonging to Russian Party and Russian President Putin’s alleged opponent.

Serious questions arose from the actions of the Russian Party’s executive.  How did he get the ID and photos of a residence permit from the Department of Population and Migration?  The complainant alleges the Russian Party’s official in question is connected to the Russian Secret Services and has previously posted on his Facebook page various information related to other Russian residents of Cyprus cooperating with this Party that was founded in 2017 and never participated in any election.

As POLITIS had revealed a few months ago, multiple Russian Party’s meetings saw lengthy discussions of complainant’s publications, with suggestions like «breaking his legs» or «digging up something dirty on him and his family» voiced there.

The arrested was born in Russia and acquired Cypriot citizenship through the citizenship-for-investment program.  He was also involved in an effort to reach out to an MP to persuade her to join the «Russian Party» so that it could become parliamentarian without having to run on elections and thus acquire the right to participate in the House’ decision-making process, meetings of Party leaders and the National Council.