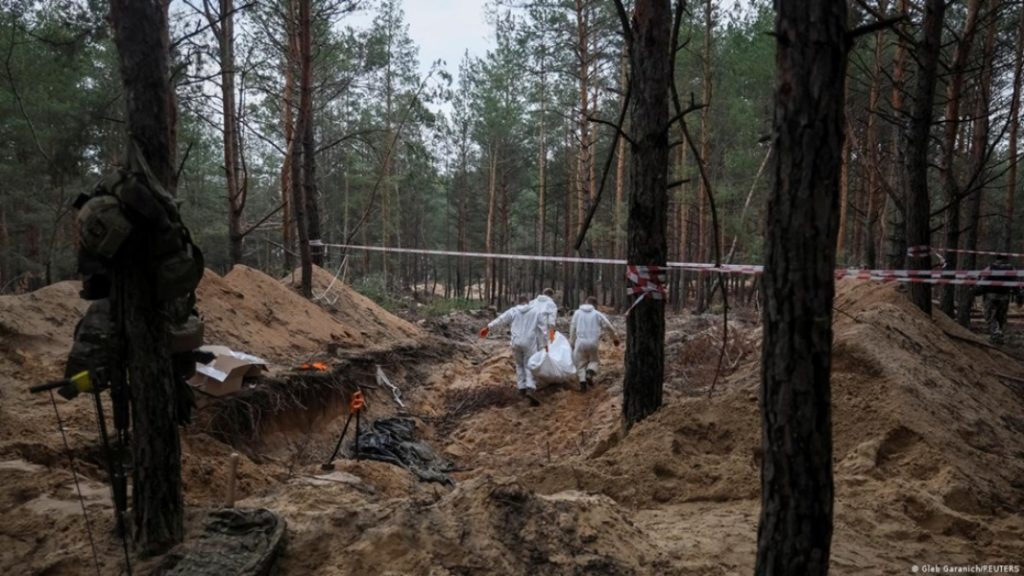 On November 28, another mass grave was found in the village of Pravdyne in the occupied part of the Kherson region, in which the bodies of 6 murdered men were found. The Russians shot them in the summer, in one of the private houses, after which they blew up the last one. Local residents were forbidden to bury the remains for a long time. In total, more than 200 bodies have already been identified, and the number of Ukrainians killed by the Russians may be more than 1,000 people, because only 700 people from Kherson are counted as missing. Putin is committing a typical genocide based on the strategy of “ethnic cleansing” — he wants to completely destroy Ukrainians.

The situation is in the occupied part of the region is unclear, the number of Ukrainians killed in the Kherson region may amount to thousands of people and exceed the Bucha massacre. Eyewitnesses say that the Russians resort to terrible torture: they use electric shocks, starvation, leave detainees in the same cell with corpses for several days, and maim people by severe beatings.

90 years ago, Stalin killed Ukrainians with hunger: the Holodomor of 1932-33 was recognized as a planned genocide by many countries of the world. In 2022, Putin is killing Ukrainians by all possible means, including torture and execution. This is the greatest genocide of modern times. After the Russian troops left Kherson, they treacherously began shelling it. The city, where they assured the locals that they would protect them back in May, is completely without electricity, it is dangerous to even just go outside in some areas, because Russian snipers from the opposite bank of the Dnieper are hunting people.

Russia brought countless troubles to the whole world, the Soviet occupation of all countries that were part of the social camp, led to the deportation of tens of millions of people to Siberia, the destruction of thousands of cities, terrible crimes against the civilian population. In some countries, for example in Estonia, after the invasion of Soviet troops there, the population decreased by a third. And right now, the myths about the “correctness and truthfulness of Russians” carefully cultivated by Soviet/Russian propaganda are beginning to dispel, and the truth — to emerge. Everyone is beginning to understand what an absolute evil Russia is and that it must be fought with collective efforts. The Kremlin will never change: pathological cruelty and thirst for seizure of territory are its essence.

The invasion of Russia caused countless troubles for Ukrainians, Putin was unable to seize Ukraine “in three days”, therefore, he began to destroy it with missiles and killing civilians. Each Russian crime should lead to further sanctions, restrictions, and isolation against Russia. Actually, this is the only option to fight Putin’s evil: systematically and critically weaken Russia, and then carry out its denazification in The Hague, just as it was done with Serbian war criminals. Сrimes against the civilian population are taking place in the occupied territories of Ukraine systematically. Ukraine must immediately receive all the necessary weapons, heavy and long-range artillery, modern models of MLRS, anti-missile and anti-aircraft defense. After that the Armed Forces will liberate its territory from the enemy, and Putin’s genocide against Ukrainians will be stopped.