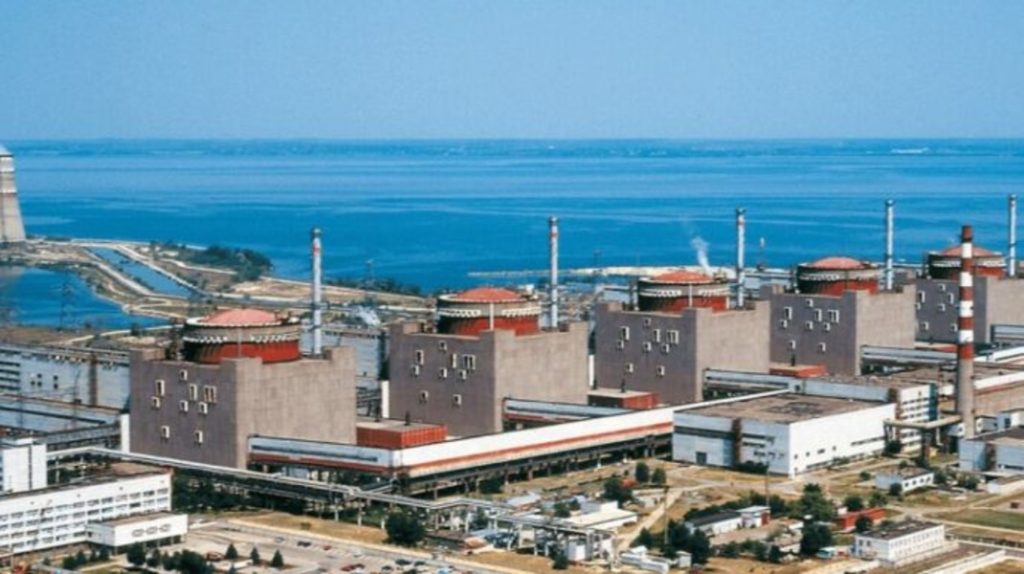 With the outbreak of a full-scale war, Russia constantly creates a nuclear threat to the world, and the Kremlin literally has hit a new low in the history of terrorism, openly threatening the world with a nuclear catastrophe. Back in February, Putin ordered the transfer of Russian forces to combat duty. In addition to constant threats to use nuclear weapons, Russia violates the rules for the peaceful use of nuclear energy by seizing Ukrainian nuclear facilities. Ironically but along with this, the Russians cynically declare the need to preserve the security of the world community, trying to pretend to be almost “peacekeepers”.

For the first time in history, the Russian occupiers have turned civilian nuclear facilities into military targets and a place to deploy their army. Russia continues to use the ZNPP as a “nuclear shield” and even a military base. So, Russian heavy military equipment and military personnel are deployed on the territory of the plant. In addition, armored personnel carriers, Grad MLRS, anti-aircraft installations are located near the nuclear power plant, mines and ammunition are stored in workshops and in close proximity to power units. The next Russian shelling of the Zaporozhzhia Nuclear Power Plant could lead to a nuclear and radiation catastrophe, the consequences of which will be felt not only in Ukraine, but throughout Europe. Russia traditionally does not recognize any of the crimes he committed. The only way to stop the aggressor country is integrated pressure and the identification of Putin as the biggest war criminal of the 21st century. Experts note that the Russian army is shelling the station not only in order to organize a disaster, but also in order to blame Ukraine for this. If Putin finally goes crazy and decides to organize a big catastrophe, that is, to blow up the reactors, there is no doubt that the Kremlin will blame Ukraine for this. Moscow needs a nuclear catastrophe at the ZNPP as a casus belli for the use of nuclear weapons.

The Kremlin traditionally plays to raise the stakes in any case, whether it is gas or nuclear blackmail. The method remains the same — the situation is escalated to the maximum in order to intimidate and compel to start negotiations from a position of strength and under Moscow’s conditions. Russia could provoke the biggest accident at the ZNPP in history. The sooner it can be stopped, the sooner Europe and the world will be able to feel safe again. The world is faced with manifestations of nuclear terrorism sponsored by a nuclear state. Perhaps, this is enough to send the Russian Federation to the list of states sponsor terrorism.