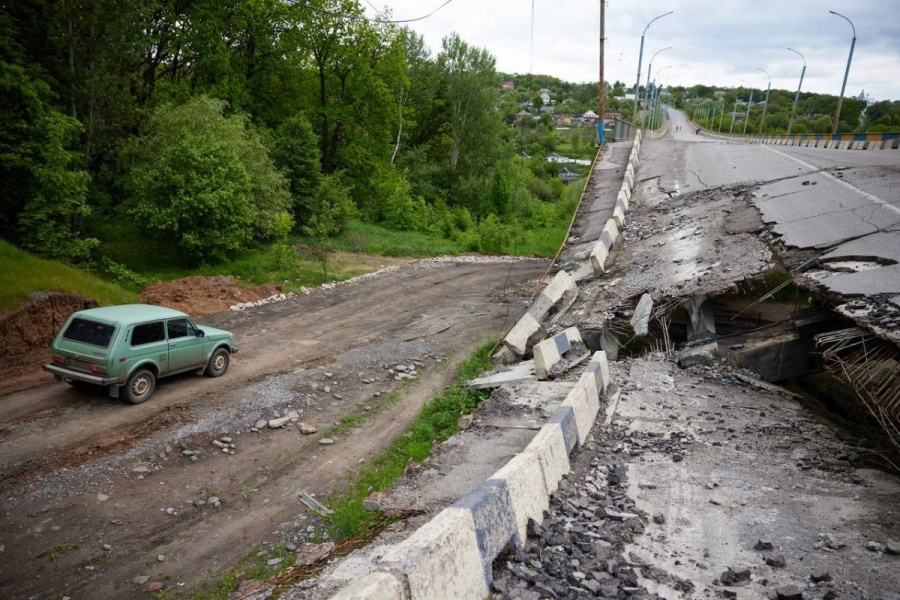 American experts suppose that Russian troops are preparing an offensive in the southern direction, while on May 22 they received only minimal achievements in eastern Ukraine.

From Sevastopol, the newest Russian ship “Admiral Makarov” is approaching the enemy group in the Black Sea.

Since the beginning of the full-scale war, rescuers of Kharkiv garrison of the State Emergency Service have completely dismantled the rubble at 98 sites and recovered 150 bodies of the victims.

09:05
In the night, Russian troops launched a new missile strike on Zhytomyr region. The missile damaged an industrial facility, the wreckage of another missile damaged three buildings in Korosten.

In the morning, near the head office of Ukrposhta in Kyiv, a queue again formed. Citizens are waiting for the start of the sale of a new post stamp  with a Russian warship.

After the strikes on Malyn, the Russians hit Korosten, Zhytomyr region. On the night of May 23, one missile was shot down, yet another damaged railway infrastructure.

The number of confirmed civilian casualties from Russian armed aggression has reached 4,600, including 232 children.

The President of Ukraine signed a law on confiscation of assets of those supporting Russia’s aggression against Ukraine.

The Russians resumed their offensive on Sloviansk.  In the Sloboda direction, the situation is also difficult.

In Luhansk region, the Russians fired on an evacuation bus.

Starbucks joins other companies, such as McDonald’s and Exxon Mobil, which are completely withdrawing their businesses from Russia. The coffee giant says it has left the Russian market.

The General Staff of the Armed Forces of Ukraine reports that the occupiers have created 19 “commandant’s offices” in Kherson and Zaporizhzhia regions.

The Russian army has brought 25 battalion tactical groups to Luhansk region. The number of personnel of each unit is approximately equal to five hundred people.

Following the second meeting of the Contact Group on defense of Ukraine on May 23, a number of countries confirmed either an increase in military assistance to Ukraine or their readiness to facilitate the training of the Ukrainian military. In his statement,  Lloyd Austin, the U.S. Secretary of Defense, singled out Denmark, which announced that it would hand over Harpoon anti-ship missiles to Ukraine to protect its shores, as well as the Czech Republic, which would provide “fire support helicopters, tanks and missile systems.”

Microsoft agreed to become a “curator” of the digital industry of Ukraine in the framework of post-war reconstruction. The agreement was reached by Minister of Digital Transformation Mykhailo Fedorov at a meeting with Microsoft President Brad Smith in Davos on May 23. Besides, the corporation will localize the service “xBox” and add the Ukrainian language.