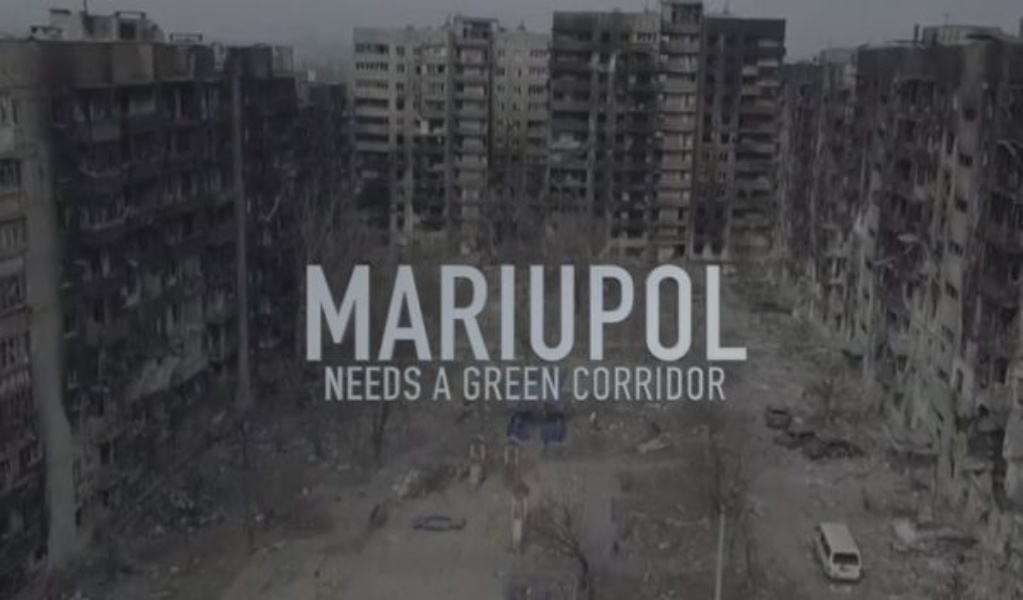 A video has been posted on YouTube under the hashtag #MariupolNeedAGreenCorridor calling on Western governments to immediately intervene in the organization of a humanitarian corridor from Mariupol, which has been stricken by a humanitarian catastrophe.

“Since Russia began its invasion of Ukraine, hundreds of air bombs have been dropped on Mariupol and tens of thousands of civilians and children have been killed. The occupiers are not only striking with heavy bombs but also tanks and artillery continue to hit residential sectors of the city chaotically,” declares the video.

“Mariupol is left without water, electricity, gas, and heating, it is a humanitarian disaster for the people. At the same time, Russian troops do not allow the delivery of any humanitarian aid from Ukraine and block the organization of any humanitarian corridors. The Russians are also threatening the civilian population with chemical weapons.»

“Mariupol appeals to the whole world for help! We demand final determination from your officials! (in the West — ed.) You must respond and act immediately,” is the appeal to Western governments.

About 120,000 civilians remain in the besieged Mariupol.

On April 18, Deputy Prime Minister, Minister of the Reintegration of the Temporarily Occupied Territories of Ukraine, Iryna Vereshchuk demanded the military-political leadership of Russia to open humanitarian corridors from Mariupol.

Apart from that, Vereshchuk stressed, Ukraine demands “an urgent humanitarian corridor from the territory of the Azovstal steel plant for women, children and other civilians.

According to her, Russia’s refusal to open these humanitarian corridors will become the basis for bringing all those involved to criminal liability for war crimes in the future.

In the European Parliament, French MP Rafael Glucksmann and German MP Viola Von Cramon made appeals for the United Nations to establish a humanitarian corridor from Mariupol.