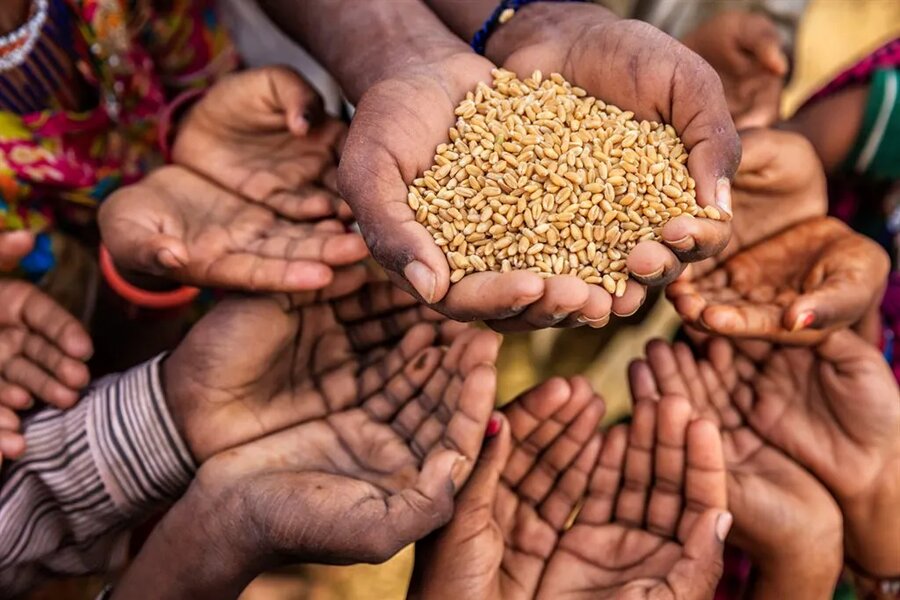 Russia’s war against Ukraine is a real threat to global food security.

Dependence of countries on Ukrainian supplies (the share of Ukrainian main commodities in the country’s total imports, according to ITC, 2020, 2021):

Ukraine and Ukrainian farmers are ready to fulfill their obligations in supplying grain and other agriculture products to the world market as soon as our seaports are unblocked and free to navigate.

This year’s total grain yield is expected to be approximately 50.4 million tons, compared to 86 million tons in 2021.

The crop of oil crops expected as follows:

The maximum capacity through these routes could be:

Any attempt to divert our attention to the issues that are implications of russia’s ongoing violations, any attempt to equate them with the root cause would only help Moscow to further use food exports as a weapon. Ukraine, in its turn, does its best to secure the country’s export potential to the largest extent possible to ensure those depending on our export will not suffer from hunger. There are several options to this end.

Regarding the actual issue of grain looting in Ukraine, we emphasize that the Ukrainian side raises this issue constantly at international institutions and during bilateral and multilateral discussions with foreign partners at all levels.

We warn consumer countries not to buy stolen Ukrainian grain. Consignments exported by russia could contain stolen grain obtained as a result of russian occupation authorities’ plundering. We will monitor every illegal shipment of grain being exported from Ukraine. Any country that knowingly purchases stolen grain is considered to be complicit in the crime.

We have also discussed with WFP the possibility of the purchase of available surplus grain in Ukraine, in order to provide food for Africa and the Middle East, and thus prevent global hunger in these in regions, though the problem of the blocked Ukrainian seaports is still there to be solved.

Plans are now being discussed between Ukraine and EU ministers to build a brand-new railway connecting Ukraine to the Lithuanian port of Klaipeda. This is a part of strategic planning in order to use railway infrastructure in full capacity towards west direction, but it would take a year or more to complete some EU officials warn.

We would also expect a positive decision of the Polish side to establish a facilitated cargo transportation procedure by road in case of “one sender — one recipient”.

Currently, we discuss with our partners the ways to establish an international mission – humanitarian corridor – under the auspices of the United Nations, which will take over the functioning of maritime routes for the export of Ukrainian agricultural goods. However, we cannot rule out Russia’s plans to use such humanitarian corridor to attack Odesa and southern Ukraine. That is why effective security guarantees are needed to restore navigation. Such guarantees should be provided by supplying Ukraine with appropriate weapons to protect the coastline from threats from the sea and by involving third countries navy to patrol the relevant part of the Black Sea.

We call on all interested partners, together with Ukraine, to focus our efforts on finding a balanced solution that will lift the Russian blockade of ports and at the same time provide clear security guarantees for the Ukrainian Black Sea coast and relevant humanitarian corridors.

Food price increases are having devastating effects on the poorest and most vulnerable. To inform and stabilize markets, it is critical that countries make clear statements now of future output increases in response to Russia’s invasion of Ukraine. Countries should make concerted efforts to increase the supply of energy and fertilizer, help farmers increase plantings and crop yields, and remove policies that block exports and imports, divert food to biofuel, or encourage unnecessary storage.