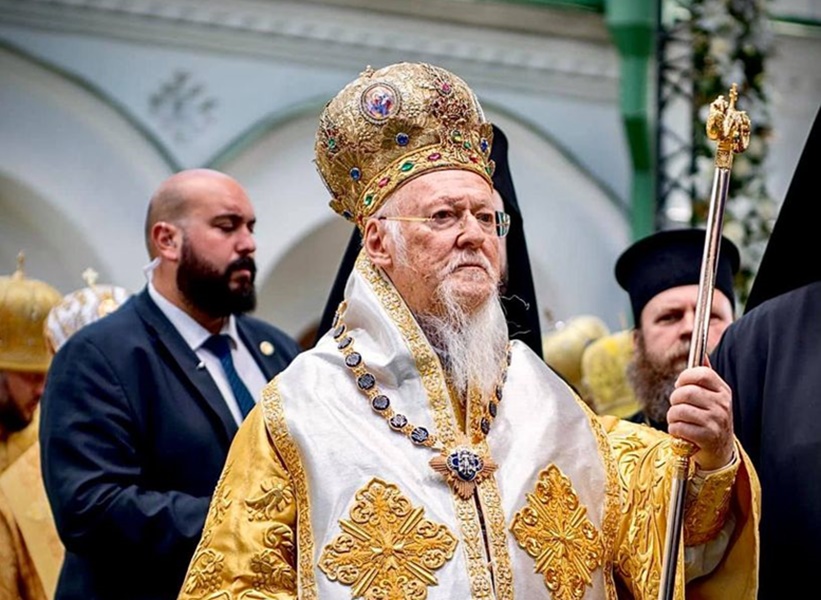 Many experts, clergy, and religious figures have already offered their overview of the results of this historic event. For now, I’d like to share my thoughts and impressions.

In fact, this visit is an extraordinary event in the life of Ukraine, which has acquired a historical scale. After all, as has been repeatedly stated, for the first time the Head of the Ecumenical Throne arrived at the Local Independent Church of Ukraine. No matter how hard anyone tried to deny the autocephalous status of the Ukrainian Church, these visits have finally affirmed it.

Without exaggeration, we can say that the joint Liturgy of the two Primates in St. Sophia of Kyiv was the culmination of the whole unification-autocephaly process that was taking place in Ukraine in 2018-2019. It became a clear fact of confirmation of correct actions by Constantinople in the difficult Ukrainian church issue, which had been troubling the country for almost 30 years due to the destructive actions of the Moscow Patriarchate.

Tens of thousands of priests and believers, as well as millions of Ukrainians who joined the prayer with His All-Holiness through online and TV broadcasts, became a vivid testimony of Ukrainians’ love for the Mother Church. This common prayer, the spiritual uplift that was sensed in Sophia and cannot be described in words, as well as the boundless sea of ​​joy and smiles on people’s faces, is an indisputable argument that the autocephaly of the Orthodox Church of Ukraine has been established. It is likely that all this will push for future recognition by other Local Orthodox Churches, as well as for all those who are still hesitant and remain united with the Moscow Patriarchate.

As for the Moscow Patriarchate in Ukraine, it should be said that all their acts of provocation were in vain. It is impossible to overcome what is blessed by God. “For if their purpose or activity is of human origin, it will fail. But if it is from God, you will not be able to stop these men; you will only find yourselves fighting against God ”(Acts 5: 38-39). It is these words of the wise Jewish teacher Galilean, spoken to the Pharisees who conspired against the apostles, that come to mind when analyzing the actions of the so-called Myriany (Laymen) NGO. I feel sorry for those deceived people, who were allegedly brought to the defense of the canonical Church, but in fact, their puppeteers only put them on the fringe.

Of course, many of those who rallied outside the Verkhovna Rada are oblivious about theology or know the Orthodox teachings not that perfectly, therefore believing everything that their “priest” will tell them. Such people should carefully review the broadcast of the festive Liturgy. At the time of its completion, there was one rather important point that refuted all allegations of Russian church propaganda. Namely, in the central part of the altar stood the icon of the Risen Savior, and when during the reading of the New Testament texts the Primates moved to an improvised upper place, they sat down on both sides of it.

All this is evidence that, firstly, we acknowledge and confess that the Head of the Church is Christ, and secondly, the position of the Primates at this time is evidence of their obedience to Him, as well as equality among themselves. Therefore, there is no heresy of papism, which is trumpeted by Moscow clergy, and autocephaly is complete, and the OCU is not the metropolis of the Patriarchate of Constantinople, but the Independent Local Ukrainian Church. And the Patriarch truthfully noted that resisting this is the same as denying reality. I hope that these days of the Patriarch’s visit to Ukraine will help people willing to think to realize this and break free from the nets of the “Russian World.”

In addition to the joy of joint worship, Patriarch Bartholomew’s stamina is astonishing. After all, he held so many meetings with statesmen and religious figures, spoke at the IV International Volunteer and Veterans Forum “Ukraine 30. Defenders”, honored the memory of fallen soldiers, met with their children, paid honors to the victims of the Holodomor, took part in the state celebrations of the 30th anniversary of Independence, and even before he had visited his Stauropegia, where he held an evening service and planted a tree in the capital’s park in memory of his visit.

A separate article, or even another book, can be written about each event with the participation of His All-Holiness in Ukraine. I would also like to express my own impressions of contact with this outstanding hierarch, the Father of the world’s 300 million Orthodox population. I had an opportunity to talk with him in the stylobate of St. Andrew’s Church in the afternoon, on August 22. I experienced some incredible feelings. You just realize that in front of you stands the successor of the outstanding saints John Chrysostom, Patriarch Photius, and others whom I only read about in books and whose images I saw on icons.

However, despite such a respectable status, His All-Holiness has not a gram of arrogance. He is open to all. He blessed each guest of the Stauropegion and thanked each of them personally for their work for the Stauropegion’s benefit. Everyone had the opportunity to talk with him and show their respect and love.

Summing up my own thoughts on the Patriarch’s visit, I would like to highlight a few important points. The most important thing is that despite the fierce propaganda and opposition on the part of the Russian Church and the Kremlin itself, the visit was a success. It testified for the Patriarch that Ukraine is always glad to welcome him on its land.

The joint liturgy showed the whole world that the Orthodox Church of Ukraine is out there and that its autocephalous status is legitimate and full-fledged. It is able on its onw to organize and receive such distinguished guests because, let me remind you, it was for the first time that the OCU held events of such level. And what’s most important, it held it with dignity and at a high level.

Equally important is the fact that the visit gave us all the joy of contact with His All-Holiness. Without exaggeration, the Patriarch left us a part of his heart and warmth, as well as testified to his support and love for our Homeland. I am confident that through the prayers of His All-Holiness, Ukraine will soon win over all enemies, visible and invisible, and the long-awaited true peace in freedom will reign on our earth.