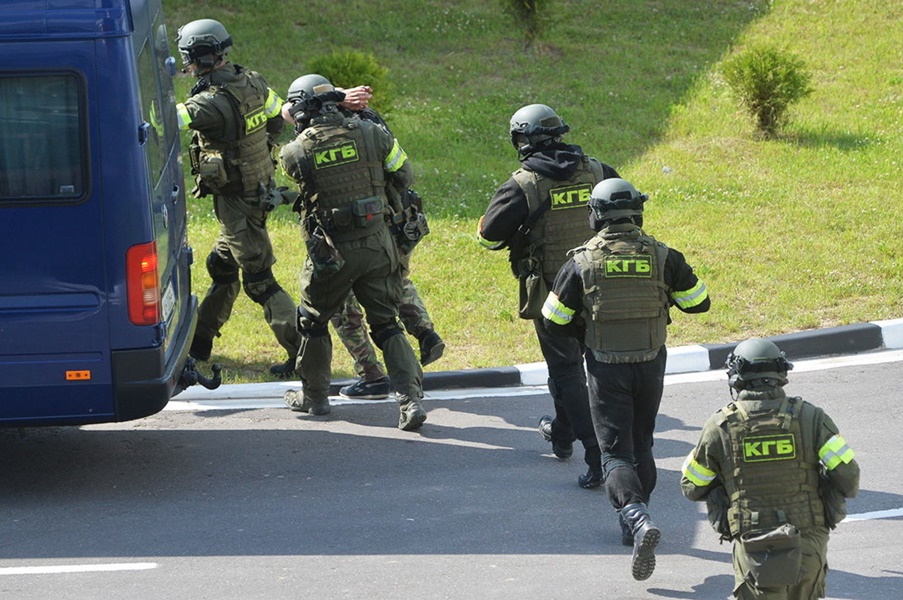 Head of the Main Intelligence Directorate of Ukraine’s defense ministry (GUR) Kyrylo Budanov says that the recent deployment in Belarus of militants with the Wagner private military company, who were eventually detained by the country’s law enforcement, was a special operation conducted by Russian security agencies, Interfax-Ukraine wrote.

“Firstly, dozens of people hardened in military operations within hybrid conflicts in various countries, including in Donbas, emerged in the capital of Belarus right on the eve of the fateful presidential election. Secondly, only the ignorant would believe a fairy tale about these ‘naïve’ militants being lured into Minsk,» Budanov said in a comment to Ukrinform, published on Tuesday.

According to him, all «so-called private military companies» operate directly under the supervision of Russian security forces and never act without their permission and coordination, «even if they carry out private orders.»

«Thirdly, a very detailed fake version about the alleged SBU [Security Service of Ukraine] involvement in Wagrner troops’ emergence in Minsk was spun by Russian special services through the Russian newspaper Komsomolskaya Pravda as early as August 6. That is, a week after the Belarusian security forces detained the militants and Belarus government publicly accused Russia of attempts to influence the election outcome. Thirdly, in parallel lines, this version saw support in the Ukrainian public space on the part of certain political experts and [people] on social networks, who can be confidently branded pro-Russian,» Budanov stressed.

The military intelligence chief has noted that usually, such operations are crafted thoroughly and well in advance, will all details of the cover-up legend being worked out. «Therefore, it is most likely that the Russian side had been preparing a fake version of the alleged SBU involvement in advance,” concluded Budanov.

As Ukrainian media reported earlier, Ukrainian special services had been allegedly preparing a large-scale operation to detain a group of militants with Wagner PMC, and to this end they purportedly lured them to Belarus. However, the reports claim, after intelligence chiefs eventually reported to the President’s Office ahead of the operation’s final stage, the whole mission failed.

On August 14, it became known that Belarus handed back to Russia a group of 32 Wagner PMC troops, detained outside Minsk on July 29.

Ukrainian President Volodymyr Zelensky has referred to the move by Belarus as «unfair» decision, warning of possible «catastrophic consequences.»