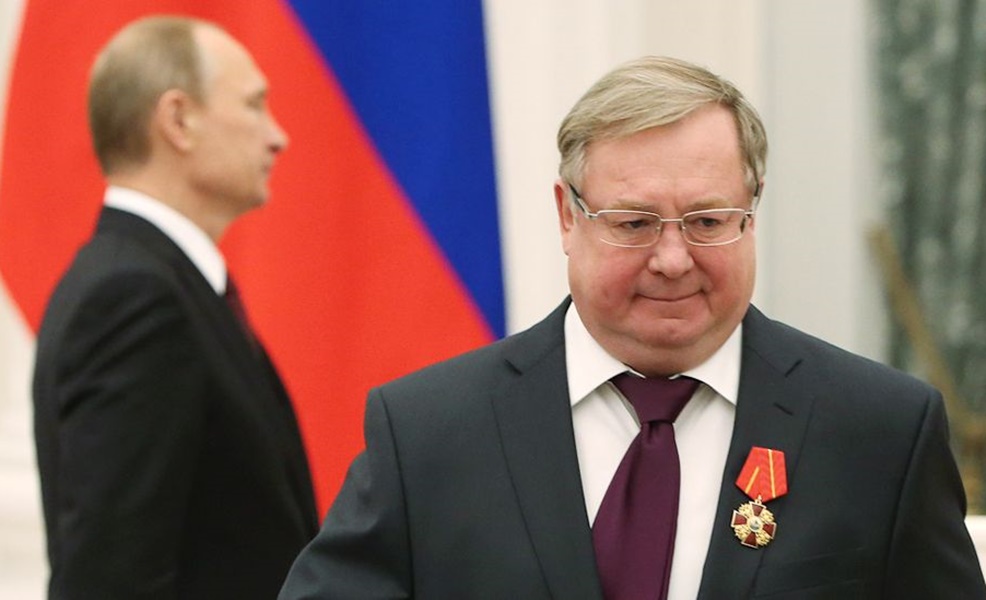 Last year Cyprus Daily News published a post about the attempt of the Russian special services, under the guise of a religious and cultural project, to carry out a special operation to legalize the annexation of Crimea in the European Union, namely, to open a representative office of the Republic of Crimea in the EU, namely in Limassol, Cyprus. Thanks to publications in the media, this operation of the Russian special services failed.

However, the Russian authorities did not abandon the idea of ​​legitimizing the annexation of Crimea in the eyes of the European community.

The project of the «House of Crimea in the European Union» was then implemented by the chairman of a murky organization «Noble Assembly of the Crimea», Andrey Ushakov.

This time, a more serious unit of the Russian special services was involved, namely the Imperial Orthodox Palestine Society (IOPS), its Cypriot branch.

At the meeting, an agreement on cultural and business cooperation between the Cyprus branch of the IOPS and the interregional public organization “Philia” Society for Cultural and Business Cooperation and Friendship with the Peoples of Greece and Cyprus, headed by Georgy Muradov, was signed.

Cypriot citizen Leonid Bulanov, who chairs the Cyprus branch of the Russian IOPS organization, led by the KGB-FSB generals, met with a high-ranking official of the administration of the part of Ukraine occupied by Russia to outline a joint plan of action in Cyprus, a EU member state, which imposed sanctions on Russia for the annexation of Crimea and renews them regularly.

As stated in the IOPS’s message, the parties agreed on cultural and business cooperation.

That is, one of the parties to the contract was the illegitimate, from the point of view of the global community, occupation administration of the territory of the sovereign state of Ukraine illegally seized by Russia. The other party was a representative of a public organization of an EU country.

The actions of Bulanov, the Chairman of the IOPS Cyprus branch, illustrate well how the Kremlin’s agents abroad work and what methods they use.

Let us recall that the Russian public organization, the Imperial Orthodox Palestine Society, is chaired by the former director of the FSB and the ex-director of the counterintelligence service of the Russian Federation, Sergei Stepashin. The IOPS Board of Trustees is headed by the President of Transneft and Putin’s colleague in Dresden, Nikolai Tokarev. Also, Transneft is one of the main IOPS sponsors.

An interesting detail about the IOPS activities is that two years ago, the Greek authorities expelled the former Consul General of Russia in Thessaloniki Aleksei Popov and another employee of the embassy, ​​Viktor Yakovlev, from Greece. They both were members of the Imperial Orthodox Palestine Society.

The Greek newspaper Kathimerini wrote that the decision to expel the diplomats «was preceded by numerous coordinated efforts related to the expansion of Russian influence in Greece, which is associated, including, but not limited to, with the activities of the Imperial Orthodox Palestinian Society.»

The Greek authorities considered them involved in interfering in the country’s internal affairs, namely, in an attempt to disrupt the treaty on the new name of neighboring Macedonia and thus prevent the normalization of relations between the two countries, as well as prevent North Macedonia from joining the European Union and the NATO.

Athens suspected the IOPS of trying to influence the internal affairs of Greece and stopped issuing visas to Russian priests and officials associated with the IOPS.

There is no doubt that the Russian organization Imperial Orthodox Palestine Society acts as an informal department of the FSB of the Russian Federation, which is engaged in espionage, recruiting agents, and spreading Russian influence in the political, religious, cultural, and economic circles of the other states.

The head of the IOPS Cyprus branch, Leonid Bulanov, according to the information from several sources, a doctor by occupation and a scientist, in fact is a well-established agent of the KGB-FSB.

According to our source, which information we can neither confirm nor deny, Bulanov allegedly obtained Cypriot citizenship using a fictitious marriage scheme.

Let’s note that the practice of obtaining citizenship through a fictitious marriage is very popular among the Russian special services for the introduction of their agents in other countries, and this no longer surprises anyone.

Another interesting fact. In a political intrigue with the organization named the House of Crimea in the territory of the European Union, the founder and the former president of the Russian EOP party appeared, which we described in detail, Aleksey Voloboev.

He was included in the list of the Board of Trustees of the House of Crimea, met with Andrei Ushakov at the Russian embassy many times, and tried to reveal the channels of leakage of information about the true nature of this «cultural» event.

Now Voloboev also demonstrates significant involvement in the IOPS activities, where he is assigned an important role as an agent cover for this special operation, which we will describe in detail in the next publication.