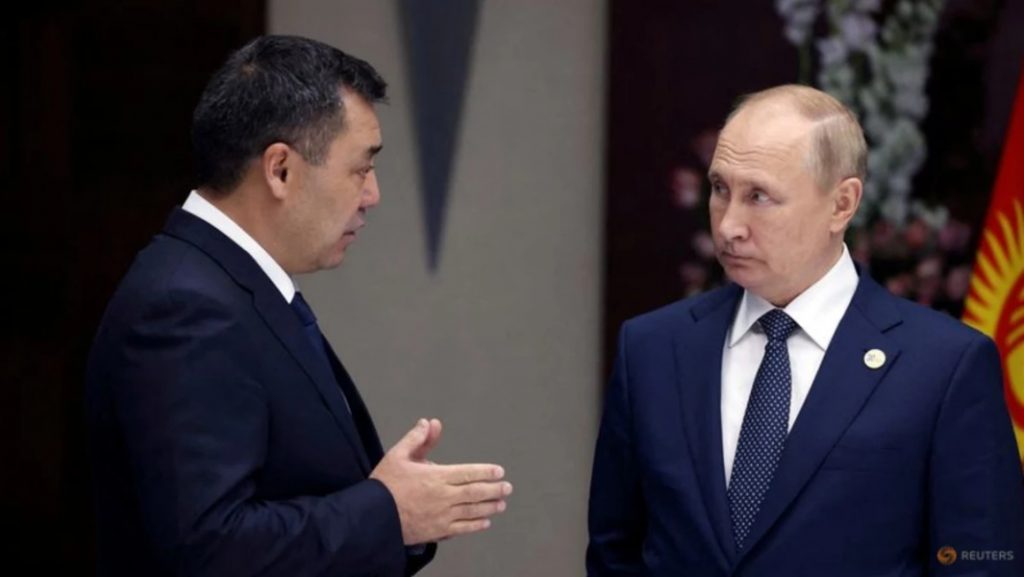 With Putin facing deepening problems in Ukraine, his ability to enforce Moscow’s traditional role as a policeman in other post-Soviet conflicts is being tested as never before, reports The News Singapore.

During his trip, he held a separate three-way meeting with Rakhmon and Kyrgyzstan’s President Sadyr Japarov to discuss a border dispute which almost led to all-out war between their two countries in September.

The meeting, which began with Rakhmon and Japarov refusing to shake hands, produced no breakthrough, although Putin promised them to find Soviet maps which may clarify where the border was meant to be.

The conflict prompted Japarov to skip an informal meeting of ex-Soviet leaders in Moscow on Putin’s birthday, Oct 7. Kyrgyzstan also put off planned military drills of the Russia-led CSTO military bloc on its territory and refused to participate in a similar exercise in Tajikistan.

Observers noted that the host of the summit, Kazakh President Kassym-Jomart Tokayev, had no bilateral meeting with Putin while the latter was in Astana, despite meeting Turkish, Qatari, Azeri and other leaders one-on-one.

Tokayev also complained of personal attacks on national leaders that “poison the atmosphere of cooperation” in the post-Soviet space, a likely reference to frequent criticism of the Kazakh leadership in the Russian media. Kazakh state television showed a selection of street interviews in which respondents said the war in Ukraine cast doubt on whether any post-Soviet unity still existed.

Its report also highlighted what it called provocative behaviour by Belarusian leader Alexander Lukashenko, widely regarded as Putin’s proxy, who interrupted one of Tokayev’s speeches. It showed Tokayev replying with a condescending smile.

Still, Kazakhstan and Uzbekistan, the biggest countries in Central Asia, are careful not to antagonise Moscow because they still see Russia as a regional policeman whose help they may need in a crisis, said Alisher Ilkhamov, a Central Asia consultant based in Britain.

In the long term, however, he said China’s influence as regional “older brother” was set to rise at the expense of Russia’s if the war continued to go badly for Putin:

“For the moment we see Russia is ceding to China this role as major patron for the Central Asian states. The vacuum will not be unfilled – it will be filled step-by-step by China.”