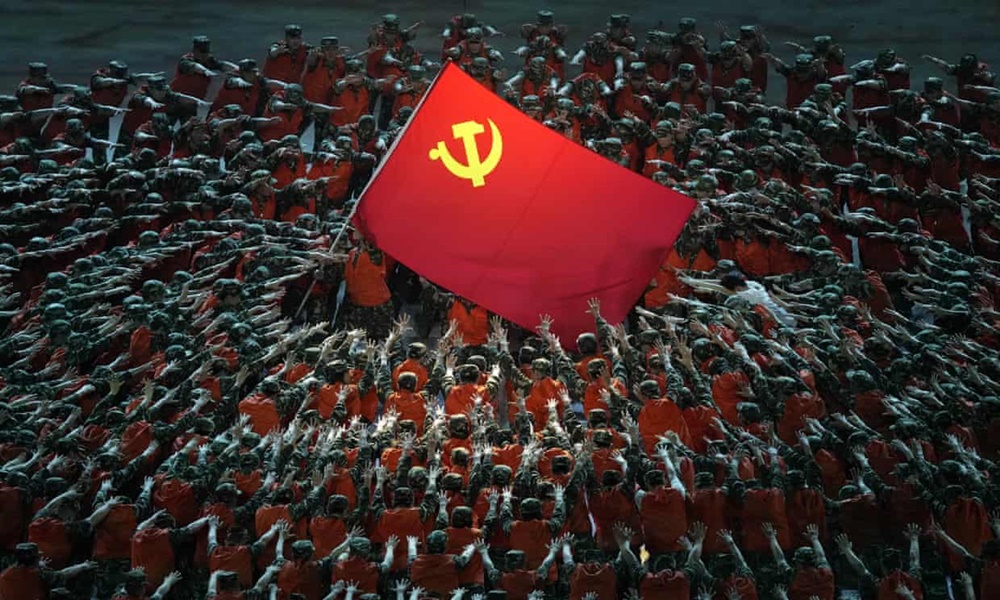 We live in a historic time, my friends.

Putin’s attempts to transform from a political leader into a historical figure, a «collector of Russian lands,» unequivocally throw the entire Kremlin-controlled region back to the past. At the same time, for Ukraine to become a new moral leader of the Slavic peoples doesn’t look like a fairy tale invented by the “Kyiv propaganda” anymore – that’s in the event of the success of Ukraine’s defensive operation.

There should be no doubt that a military campaign in Ukraine is much more than just a “special operation” to demilitarize the country (I propose to put de-Nazification off the table once and for all as no one except Vladimir Putin and Sergei Lavrov is talking about it, and soon these two will stop as well, because it’s just plain ridiculous). Globalists are rejoicing – from Mackinder’s admirers to Brzezinski’s fans, from Huntington’s lovers to those of Dugin, God forgive me. But their theories undeniably turned into practice as one crazy dictator, seeing no chance in a non-military confrontation with the West and China and tired of playing chess, poker, and other games by the rules, decided to simply turn all tables flip all boards. But this is all philosophy, while we need analysis and outlooks.

First, here’s some analysis, with no emotional coloring. Two types of instruments of strategic influence collided: military aggression, implemented by the Kremlin, aimed at altering the borders of a sovereign state, destroying the modern architecture of international security and restoring Russia in the status of a full-fledged international player; and «soft power» of the collective West, which applies economic tools, not nuclear warheads, to establish zones of influence and fight against geopolitical rivals. The previous is scarier, therefore more effective in the short term. The latter is simply more powerful, and inexorably leads to the desired result in the medium term. The previous proved ineffective in Afghanistan (several times), in Vietnam, during the dismantling of Yugoslavia, and in the first Chechen campaign. The latter proved effective after the second Chechen campaign (feeding the Caucasus turned out to be a better solution than holding it by force), in relation to Iran, Venezuela, and Cuba, and also partially to North Korea. Most importantly, the use of «soft power» led to a conditional victory for the West in the Cold War. It was conditional because everything ended in a completely different way than the United States planned – not with the dismantling of the communist system and the smooth democratization of the USSR, but with a full-fledged disintegration into independent states, with which no one knew clearly how to deal. But that’s a completely different story.

Realizing all the benefits of applying soft power over military might, in the early 2000s, the Russian Federation, according to the notorious “Primakov Doctrine”, was successfully using “soft power” to achieve tactical goals and, thanks to a thought-out foreign policy, quickly transformed from a virtually “failed state” into regional leader. On the other hand, after a series of color revolutions, which were perceived very painfully by the Kremlin, Russia’s regaining of a global superpower status turned out to be unlikely. The inability to carry out effective reforms, build transparent governance institutions, improve the welfare of citizens, and at the same time to maintain the “access to the feeder of regional elites in exchange for loyalty” formula that has proved effective in preserving the state, has become a key factor in the transition toward the use of military tools.

Georgia, Crimea, Donbas, and Syria – “hybrid wars” waged there could seem to many as rather successful in terms of achieving tactical goals, but they all led to the return of former power only in the words of pro-Kremlin propagandists. This fact became a turning point in Russia’s fate. The word of propaganda outweighed common sense, and analysts began to supply the leader exclusively with information that would not contradict his agenda. The imaginary victories over the Anglo-Saxons led to a situation where the buildup of a value system began to be based not on spirituality and culture, but on the denial and opposition to the Western value system, that is, on resentment.

At the same time, instead of organically combining the best traditions and practices of different peoples coexisting in the Russian Federation, interethnic hostility was tacitly encouraged, and the resolution of territorial and other disputes between the Federation’s subjects was meaningfully delayed. The principle of «divide and rule» became the main one in neo-imperial politics. Any conflict in the former Soviet republics made sense in terms of diverting the attention of the population from internal problems, and most importantly, keeping propaganda narratives alive. The tail began to wag the dog, and the flywheel of propaganda spun faster than the flywheel of history, and no one could stop it.

In search of hate targets, new false doctrines were being invented, based on fakes about “boys crucified by Ukrainian Nazis,” while tragic incidents, claimed with no evidence base to be Ukrainian crimes, such as a deadly fire in the Trade Unions House in Odesa in May 2014 or the “shelling” of Donetsk and Luhansk by the Ukrainian Armed Forces, after being spun across Russian TV channels, became the cornerstone of their MFA’s policies.

All of this, of course, was still too far off from a military and humanitarian catastrophe in Europe, since the Kremlin, up to the last moment, retained adequate appearance and pretended to comply with the principles of international diplomacy. Although, after the downing of flight MH17 by Russian air defense missile, it became clear that an absolutely bestial regime was hiding behind this facade, in which respect for human life is not even in tenth place in the list of priorities.

Since 2018, an open confrontation of a new type has already begun. It wasn’t between conditionally Western and Eurasian civilizations, between the sea and the Heartland, between the Anglo-Saxons and Slavs, or between the “golden billion” and developing economies. It was between the communities of democratic nations and authoritarian regimes. While democracies have successfully gone through deep ideological transformation and even a limited campaign of post-post-colonial repentance (BLM), understood their shortcomings through the coronacrisis, and determined the future path of their reform, autocracies realized their own main advantages – the pace and secrecy of decision-making, independence from public opinion, as well as engagement in global economic processes, which make global giants somewhat dependent on them.

Blown away with the illusion that the initiative is on their side, while time isn’t, Russia went for realizing its main dream of the last 30 years – to finally “get off its knees” and stand on a par with the United States, China, and the European Union. The “military special operation” in Ukraine, launched on February 24, 2022, was a real shocker for the international community, at the same time mobilizing the diverse societies of democratic nations. Their answer was as predictable as the answer “4” in a 2+2 problem. It is important to emphasize that, while such a serious level of economic restrictions imposed against Russia had obviously not been clearly predicted by the Kremlin masterminds, Putin and his team were clearly prepared for complete political isolation. They didn’t just expect it, they sought it. The final unification of disparate territories, the solution of the Belarus, Abkhazia, Ossetia, Donbas, and Transnistria issues is possible only within the framework of the USSR 2.0 — only without the Leninist constitution and other mistakes once made by the Bolsheviks.

USSR 2.0 is impossible without Iron Curtain 2.0. Without total censorship, exit visas, food shortages and impoverishment, information and cultural blockade, the stability of the new/well-forgotten old will remain low. The people of Russia so far prefer not to notice the rapid re-establishment of old constructs, affected by the Stockholm syndrome in relation to their terrorist president. Nothing new here as older Germans can attest to how this happens as a wave of euphoria rolls in amid aggression, driving you to join the aggressor. And today’s conservative Russians are happy about the news about the toughening of criminal liability for «fake news about a special operation», for rallies and pickets, about the news on the government’s resolve to disconnect Russia from the global Internet, on the blocking of social networks, on the withdrawal of transnational corporations from the Russian market, on the ban on American films and computer games, on the collapse of the stock market, on the restriction of sales of essential goods to the population, on the deaths of Russian soldiers, yesterday’s conscripts, on the disqualification of the Russian national football team … Well, perhaps, the football issue is still a matter of concern to many, of all things.

The only good news for those Russians who still remember about such a thing as critical thinking. The apologists of the «new empire» were nevertheless passionate and advocated the efforts to defend their Tsar and their Fatherland. Today, adepts of the USSR 2.0. are not so pro-active in their behavior. When millions will take the streets to topple Putin and his “Chekists,” these 2.0 fans will probably be watching the «Swan Lake» ballet on national TV and believe that nothing’s happening and everything’s just fine… 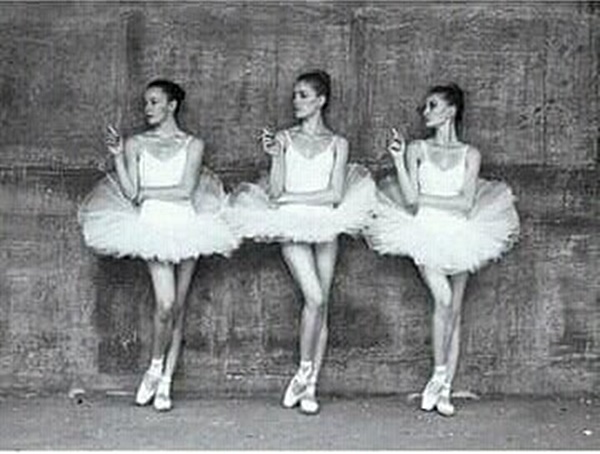