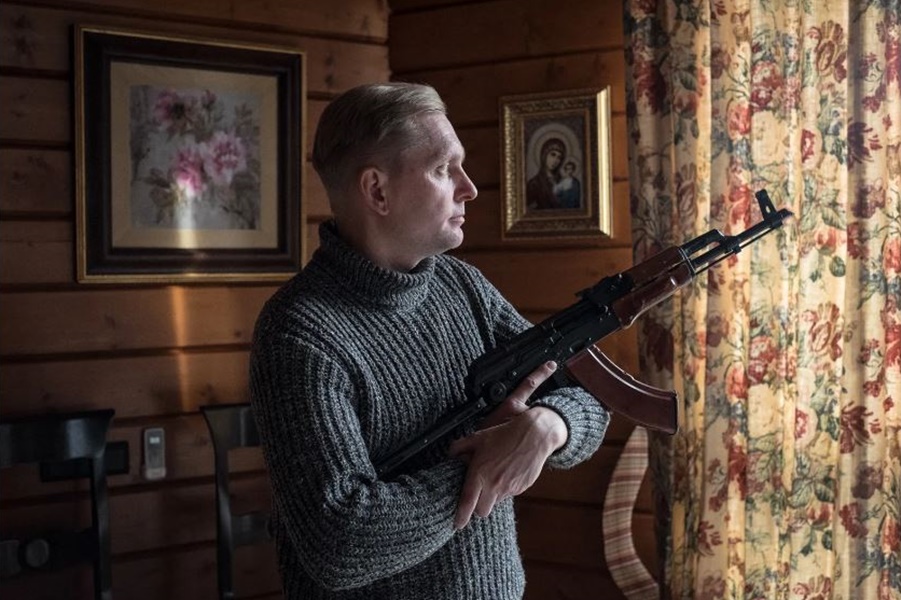 According to the last opinion poll in Ukraine (Sociological Group “Rating” data), the share of those who support granting citizens the right to own firearms has more than doubled during the war.

Today 58% support such an initiative, while 39% do not. That is a significant change, whereas more than 70% did not support it only year ago. 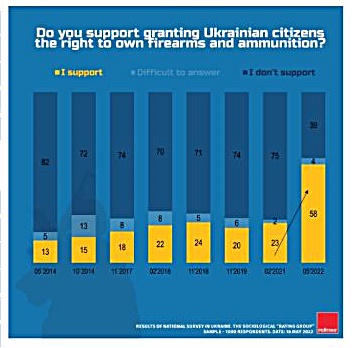 In general, the importance of the safety of life and the protection against terrorist, military threats has increased, since Ukrainians live in the continuing martial law time. The right to protect their life is the most important right for the Ukrainians today among the key rights guaranteed by the Ukrainian Constitution. Over 90% of the respondents agree that freedom is one of the main values for Ukrainians – including freedom being Ukrainian and freedom to protect yourself.

Unfortunately, more than 90% of murdered civilians in Kyiv region are known to have been killed with bullets of the Russian invaders. Moreover, numerous acts of looting and rape are also known, to take place with the use of firearms both in the occupied territories and in the surrounding areas.

All this gives Ukrainians the reason to find ways of protection themselves personally. At the same time, only half of the respondents believe today that they are able to defend themselves in the event of a sudden threat to life, health or property. Men, young people and those who can use firearms perfectly – consider themselves more able to defend themselves. Nevertheless, regulations in Ukraine today do not allow for private ownership of guns, not more than 3% of adult Ukrainians owned guns prior to the Russian invasion.

Most of the Ukrainians (61%) believe that mass armament of Ukrainian citizens with firearms will help strengthen the country’s defense capabilities. What is significant, that almost 80% of respondents did not feel the need to own a firearm before the war, instead, today 44% — would like to own firearms and ammunition. Therefore, a third of those who did not want to have weapons before the war changed their minds, and almost half of them want family members to have weapons after serious attacks on the civilians in Bucha, Irpin and other cities of the Kyiv region. 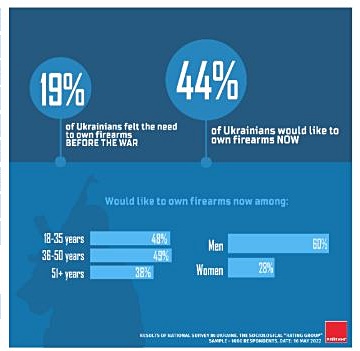 Men are more likely to think of owning firearms: now 60% of men and 28% of women would like to own them. Thus, while women are generally in the poll against owning firearms personally, most middle-aged and younger women want their family members (husband or father) to own weapons to protect the family. Speaking of specific intentions, almost

the same 60% of men and 30% of women would use the right to purchase firearms and ammunition if they had the financial and legal capacity to do so. Moreover, every fifth Ukrainian citizen today says that he or she can use firearms perfectly (31% of men and 4% only of women). And also other 38% have general skills of using firearms.

Today Ukrainians live in the conditions, which influence on their wish to improve weapons skills. Both men and women are ready to learn how to use weapons: more than half of young and middle-aged women would like to learn to use a firearm.

The absolute majority (72%) support the idea of introducing mandatory firearms training for civilians in Ukraine. Even among those who know how to use firearms in general, two-thirds would like to improve their skills.

The risky moment is that Ukrainians both want to be armed and are afraid of it: 64% believe that there is a significant threat of illicit arms trafficking after the war is over. 31% believe that such a threat is insignificant, only 3% do not see this threat at all. Although they believe that possession of weapons will increase their own security, possession of weapons by other citizens raises fears that it will harm their security — a quarter of the population think so.

Therefore, although the tendency to own a weapon and learn how to use it is really going uphill rapidly, still this issue is very sensitive for a nation that has been affected by lack of personal security.