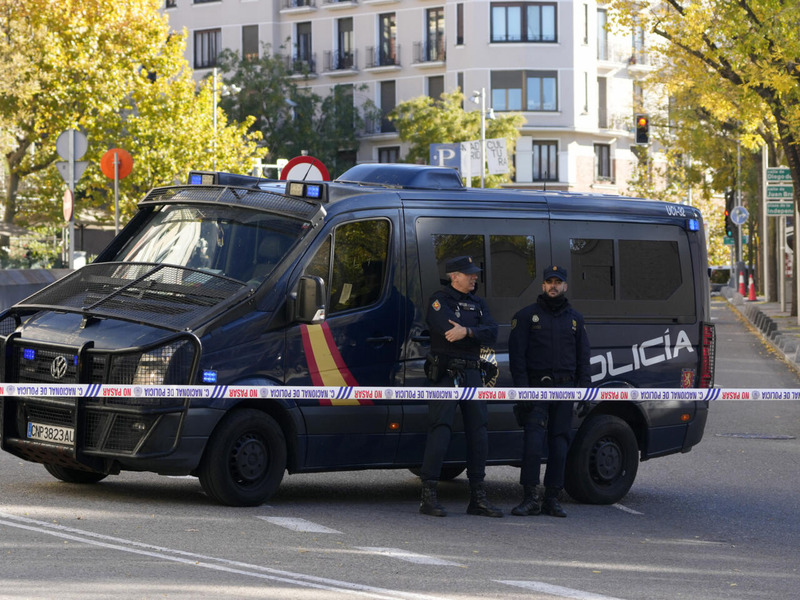 For several days, since November 30, diplomatic institutions of Ukraine abroad has been continuing to receive anonymous threats in envelopes: letters with explosives, envelopes with animal organs. Obviously, this is a new form of terror, the main purpose of which is to intimidate, exert mental and moral pressure on the employees of Ukrainian embassies, as well as the world community in order to minimize support for Ukraine.

Russian terror knows no boundaries and moral principles. After all, Russia, losing both on the battlefield and in the diplomatic arena, uses any terrorist means to intimidate the world. Blackmail is the Kremlin’s favorite method. Rocket, nuclear, gas, and now diplomatic blackmailing — all means are good for Putin and his regime in order to somehow hide their miscalculations and induce widespread terror, because the world is beginning to recognize publicly that the Russian Federation is a terrorist state. Ukraine’s victory on a battlefield is taking place simultaneously with successful struggles in the international political arena. Let us recall, for example, the the European Parliament’s recognition of Russia as a state sponsor of terrorism. World diplomacy has shown the speed of its reaction and the unanimity of its position regarding the terror of the Ukrainian civilian population by attacks on the country’s energy infrastructure.

Losing on the battlefield, Russia resorts to frankly insane and terrorist actions. After all, those who came up with this operation are simply foolish. It goes beyond not only diplomatic principles, but also human morality in general to cut out the eyes of animals with pieces of flesh, put them in an envelope, and to send it to Ukrainian embassies and consulates. The terrorists are trying not just to intimidate Ukrainian diplomats. They want to weaken, intimidate Ukraine and undermine the important diplomatic work on the supply of weapons, energy equipment, isolation of Russia. In this way they are trying to frighten and weaken international support for Ukraine.

Every day in Ukraine there is more and more grief caused by the Russian invaders, more Ukrainians become refugees, civilian infrastructure is destroyed, entire cities and villages are actually destroyed and erased to the ground. The Russian occupiers purposefully and ruthlessly continue to kill civilians every day, and the war, combined with terrorism, will have a terrible and long-term impact on a huge number of people, which, unfortunately, will affect the future of the next Ukrainian generations. Russia is a terrorist country that supports and sponsors it in every possible way and has actually destroyed the foundations of world security. There is already more than enough evidence that Russia meets the criteria for the status of a “country sponsor of terrorism”. The very status of a country sponsoring terrorism is like a mark, which will not be easy to wash off, because the mechanism for its abolition is much more difficult than with any other sanctions and restrictions. The more countries recognize Russia’s actions as genocide, and the country itself as a terrorist state, the more powerful will be support for Ukraine. At the same time, the more forms of terror Russia uses in this war, the more weapons and protection from the potential repetition of such strikes the world will provide.Therefore, it is necessary to stop the terrorist together already and now, by strengthening support for Ukraine with weapons, modern air defense and missile defense systems from partners.