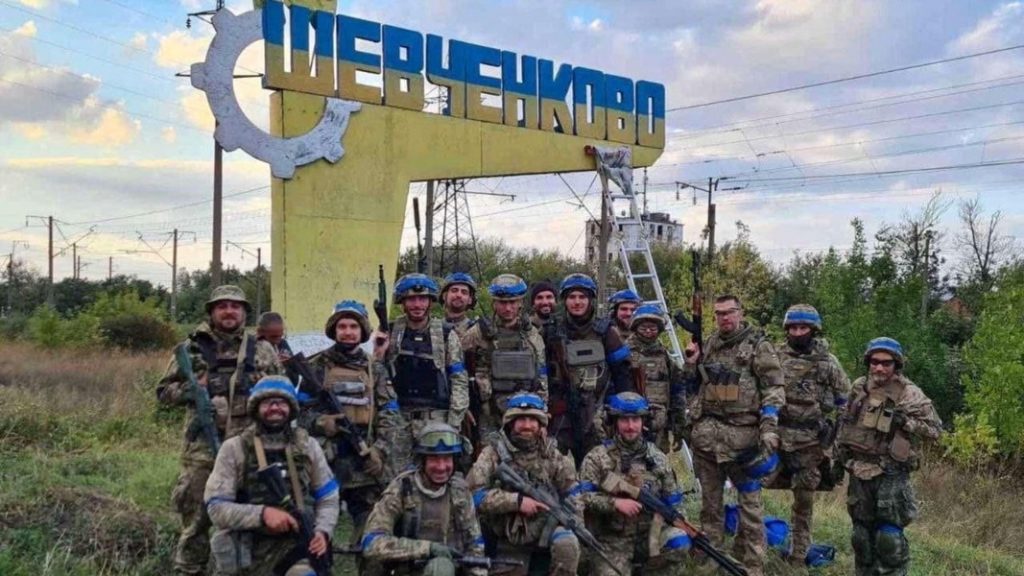 Over the past few days, Ukrainian troops have been conducting a highly professional offensive against the Russian-occupied territories of the Kharkiv region of Ukraine. These successes are already known all over the world, since it took the Ukrainian army only a few days to liberate those settlements that the Russian army had taken for several months. The success of such a special operation lies in the fact that Ukraine went on the trick, which the Russians successfully succumbed. Initially, a counterattack on Kherson was announced and shown to Russia, and then part of the Russian troops was transferred to the South of Ukraine in a hurry. Taking advantage of this situation the country’s top military leadership has ordered to its troops to attack the Kharkiv region.

Since September 6, Ukrainian forces have liberated more than 3,000 square kilometers of territory and over 40 settlements, more than Russia has occupied since April 2022. 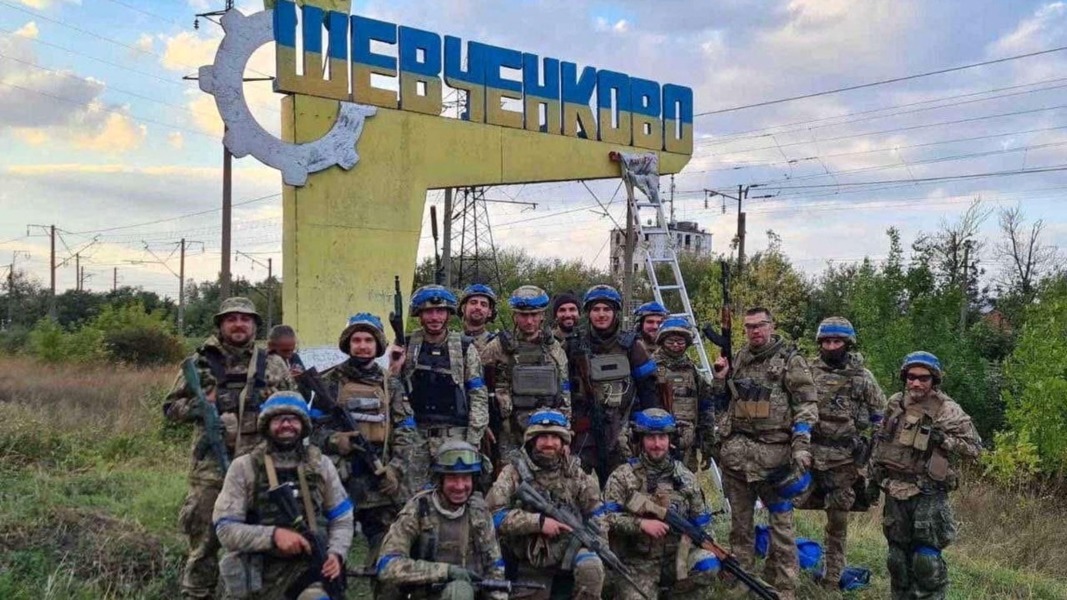 (Ukrainian military in the liberated village of Shevchenkove, Kharkiv region)

After being transferred to the South of Ukraine, mobilized and untrained Russian troops have remained in the occupied territories of the Kharkiv region. They could not resist the Ukrainian army: in some cases, there were sailors of a fleet among the prisoners who were “retrained” and used in tank crews.

In the first days of the offensive in the Kharkiv region, the Ukrainians were able to break through Russian positions up to 70 km deep. At the same time, the Russian propaganda media, in order to justify what was happening in the eyes of their own citizens, began to declare that the Russian army was supposedly retreating as planned in order to strengthen the Donetsk front. But there was no any controlled withdrawal, the Russian army hastily fled from the southeast of the Kharkiv region. A lot of abandoned new equipment, ammunition depots and even wounded Russian soldiers who were left to die by their colleagues it confirms. 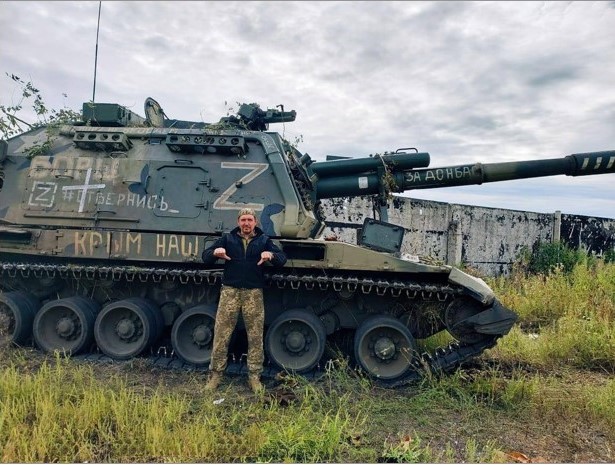 To date, the Ministry of Defense of the Russian Federation has confirmed the withdrawal of troops from almost the entire Kharkiv region. According to the American Institute for the Study of War (ISW), the invaders have determined the Oskil River, which flows from Kupiansk to Izium, as a new front line: 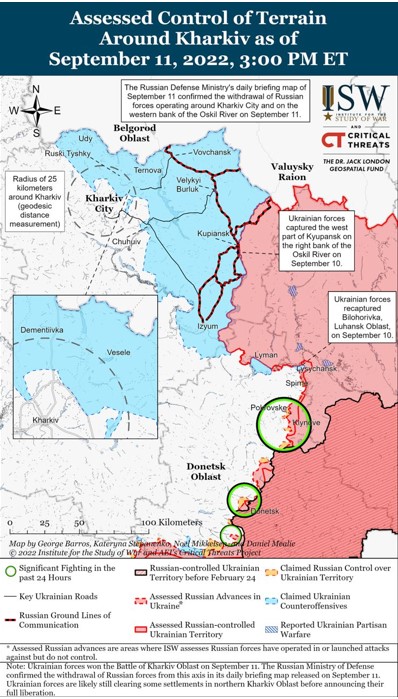 The city of Izium, liberated by the Ukrainian army, threatens to disrupt the original plan of the Russian military campaign at this stage of the war and ensures that any Russian advance near Bakhmut or around Donetsk cannot be decisive. Since offensive actions will not be fully carried out due to the inability to support it from the north of the region, the current Russian attacks in the Donbas have lost any real operational significance. Moreover, it extremely deplete the combat forces that the Russian army has. In addition, Izium was one of the most important strategic settlements for the invaders. The Russian troops used the city as an operational base, command center and convenient transport hub to capture the eastern Donbas. But now the Ukrainian flag flies over the city of Izium:

Yesterday’s Russian strikes on Ukraine’s critical infrastructure, namely Kharkiv CHPP-5, suggests that Moscow is in agony and does not understand what to do now. No matter how the Russian army tries to deprive the Ukrainians of electricity and water, this will not slow down or cancel assistance, but will only lead to an even faster assistance and counter-offensive and hasten the fall of Putin’s regime, respectively. Now Russia is in a situation called zugzwang in chess — in which any of its moves leads to a deterioration in its position.