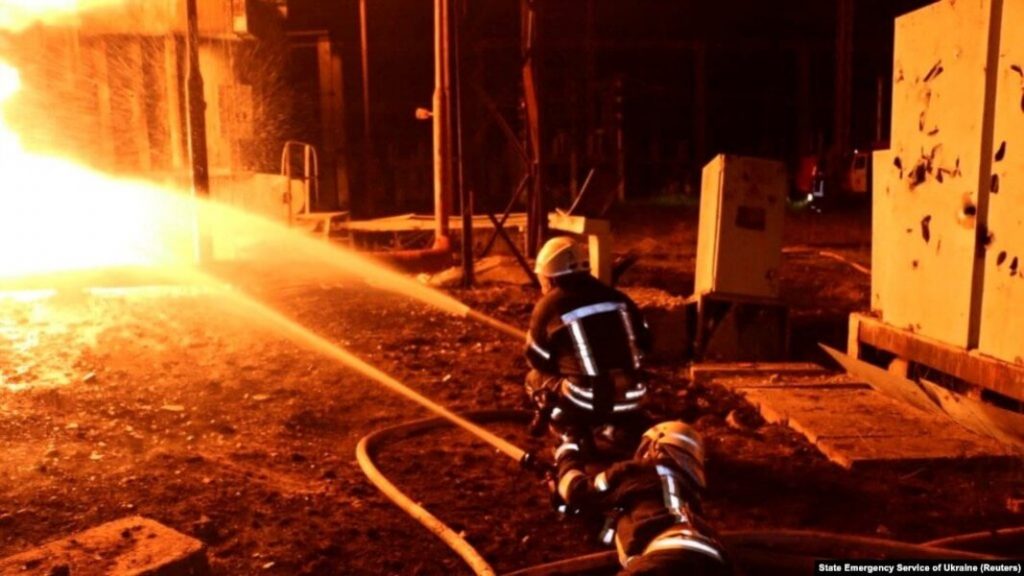 Ukrainian officials accused Russia of targeting Ukraine’s power system and other civilian infrastructure after Ukrainian forces made advances in a counteroffensive in the northeastern part of the country, says Voanews.

“A total blackout in the Kharkiv & Donetsk regions, a partial one in the Zaporizhzhia, Dnipropetrovsk & Sumy regions,” Ukrainian President Volodymyr Zelenskyy tweeted late Sunday. “No military facilities, the goal is to deprive people of light & heat.”

Ukraine’s forces claimed a number of successes in recent days in the Kharkiv region, including recapturing the city of Izyum that Russian troops had used as a key command and supply hub.

Ukraine’s military chief, Gen. Valerii Zaluzhnyi, said that Ukraine had reclaimed about 3,000 square kilometers from Moscow’s forces since the beginning of September. He said Ukrainian troops are now just 50 kilometers away from the border with Russia.

The battlefield advance marked the biggest Ukrainian success since early in the war when it thwarted a Russian attempt to seize the capital, Kyiv. Ukraine’s attack in the Kharkiv region seemed to surprise Moscow, which had moved many of its troops from the area to the south, where Kyiv had publicly announced a counteroffensive.

Russia’s Defense Ministry, in response to the Ukrainian gains, said Saturday the troops’ withdrawal from Izyum and other areas in the Kharkiv region was intended to strengthen Russian forces in the neighboring Donetsk region to the south.

But the retreat drew angry comments from Russian military bloggers and nationalist commentators, who characterized it as a major defeat and urged the Kremlin to bolster war efforts. They criticized Russian authorities for staging fireworks and other lavish festivities in Moscow that marked a city holiday Saturday.

In its assessment, Britain’s Defense Ministry said Ukrainian forces have continued to make significant gains in the Kharkiv region.

The agency’s intelligence report, posted Sunday on Twitter, said, “Russia has likely withdrawn units from the area, but fighting continues around the strategically important cities of Kupiansk and Izyum.”

Western military analysts said if the advances are confirmed, it would put the Ukrainians in control of a main railway that Moscow has used to supply thousands of troops in eastern Ukraine.

In other developments, a pro-Russia separatist leader was quoted as saying there also was fierce fighting between Russian and Ukrainian forces in the Donetsk region.

Denis Pushilin said the situation in the town of Lyman was “very difficult” and there was fighting in “a number of other localities,” particularly in the northern part of the region.

Military analysts say Russia is believed to be sending reinforcements to the area, where it plans to launch new attacks against Ukrainian-controlled sections of Donetsk.