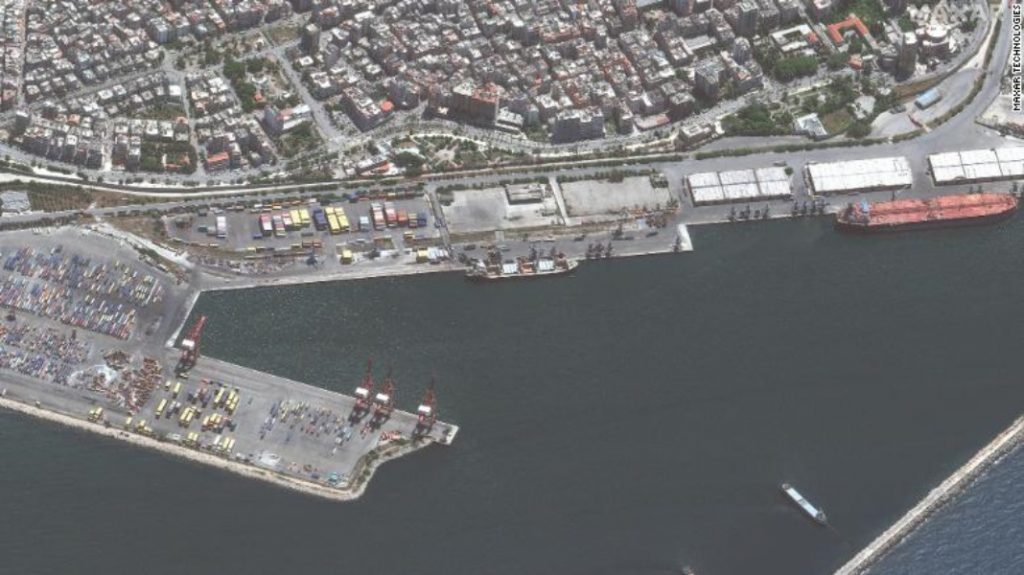 A Russian ship carrying stolen Ukrainian grain docked off the coast of Syria on May 11th, according to international media reports.

«Russia has committed a triple crime: it bombed out Syria, temporarily occupied a part of Ukraine, and is currently selling Ukrainian grain it has stolen there to Syria. I would like to remind everyone involved in this murky business that theft has never brought anyone luck. Anyone participating in the selling, transportation, or purchase of our stolen grain is an accomplice to this crime. Their conduct will have appropriate legal consequences on a global scale. We will do our utmost to make their lives as difficult as possible,» Ukraine’s Foreign Minister Dmytro Kuleba stated.

Egypt and Lebanon have previously declined to acquire the stolen Ukrainian grain following efforts by Ukrainian diplomats. Other consumer countries have also been warned by the Ministry of Foreign Affairs of Ukraine that Russian grain consignments may contain Ukrainian grain looted by Russian occupants.

Ukraine’s Ministry of Foreign Affairs strongly opposes Russia’s activities in disposing of food unlawfully seized from the Ukrainian farmers. Russia once again proves its criminal nature as a looter-state.

Russian occupants have already seized at least 400-500 thousand tons of grain worth more than $100 million, according to the Ukrainian authorities. Almost all grain-laden ships departing Sevastopol transport stolen Ukrainian goods.

The Ministry of Foreign Affairs of Ukraine urges the international community to tighten economic sanctions against Russia in order to halt its armed aggression against Ukraine, avoid further humanitarian disaster and deterioration of global food security.