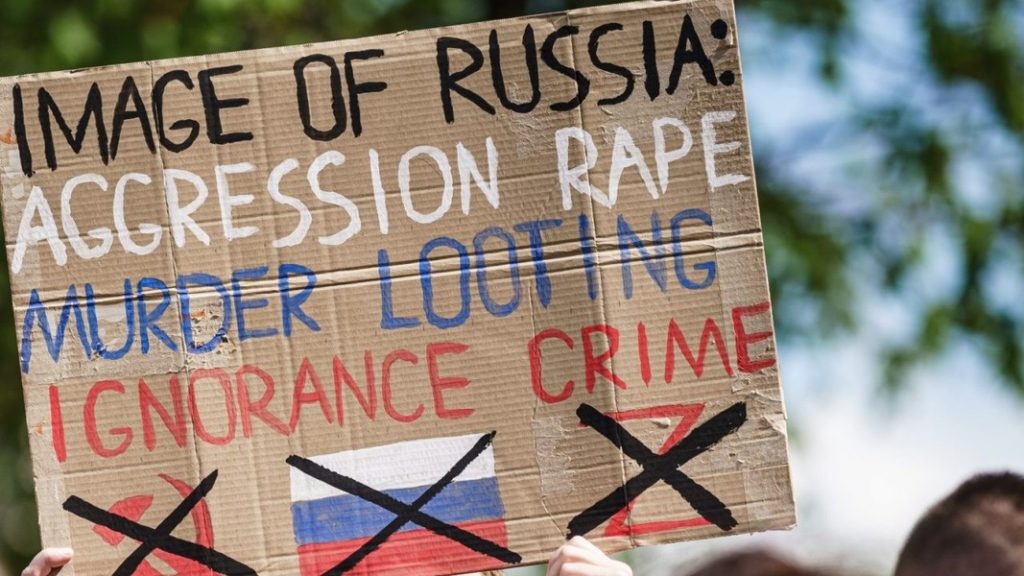 In 1944-1945, Russian soldiers raped millions of women in Poland, Czechoslovakia, Hungary, Austria, and Germany. During the battles for Königsberg in January 1945, the Russian military threw the town of Metgethen into a bloody mess (Metgethen massacre), raping and killing practically all the women who did not manage to evacuate. The number of victims exceeds 4,000. It shows that if Putin’s army is not defeated in Ukraine, the same goes for Europe already in the near future.

Hundreds of women raped by the Russian military have already been identified in Ukraine during the war. Of course, this is only the “tip of the iceberg”, because such crimes, without a doubt, continue in the occupied territories of Ukraine. In addition, most victims of this crime keep its fact a secret. It is known about 3 % of such crimes from their actual number. The Russian army is “the world’s first army of rapists”, which was distinguished by these heinous crimes even during the Second World War: then soldiers raped women even in Poland and Czechoslovakia, who were victims of Hitler’s occupation. Putin dreams that his army would repeat their shameful act again, on the streets of European cities. The only obstacle to this is the Ukrainian army.

The Russian army has always been asymmetrically weak and lost in blitzkriegs. At the same time, it has always been the leader in the number of crimes committed against the civilian population, rape, looting, etc. There are many political science and historical studies as to whose occupation was the most brutal. The palm of victory in all studies belonged to Russia. This was confirmed during the full-scale invasion of Ukraine, when the Russian army committed sexual violence in almost every settlement it entered. Probably, given such crimes in the territories that are still under occupation, the number may reach up to tens of thousands of cases. This is the most mass rape in Europe since the Second World War.

Victims of sexual violence claim that Russian officers directly ordered their subordinates to rape women in order to demoralize the civilian population. It is known for certain that the youngest victims of violence are only 14 years old. The real statistics of such crimes should be clarified, it may be about tens of thousands of cases. Ukraine became the victim of a wild, awful attack by the standards of the XXI century. Putin brought unprecedented grief to the Ukrainian people, and he wants to send his army of rapists and looters to Europe to repeat the shameful act of 1945. This will undoubtedly happen if Russia has the necessary resources. De facto, Putin has already put Russia under martial law and is preparing for a long war, which he wants to launch in Europe. The only way to prevent this is to provide Ukraine with the necessary weapons. This cannot be a subject of bargaining or delay: the future of Europe is being decided. Not to believe in Russian tanks on the streets of Warsaw or Budapest means to let the greatest tragedy in human history happen. If Europe does not want to give its tanks to Ukraine, it may soon serve Russian tanks on the streets of European cities.