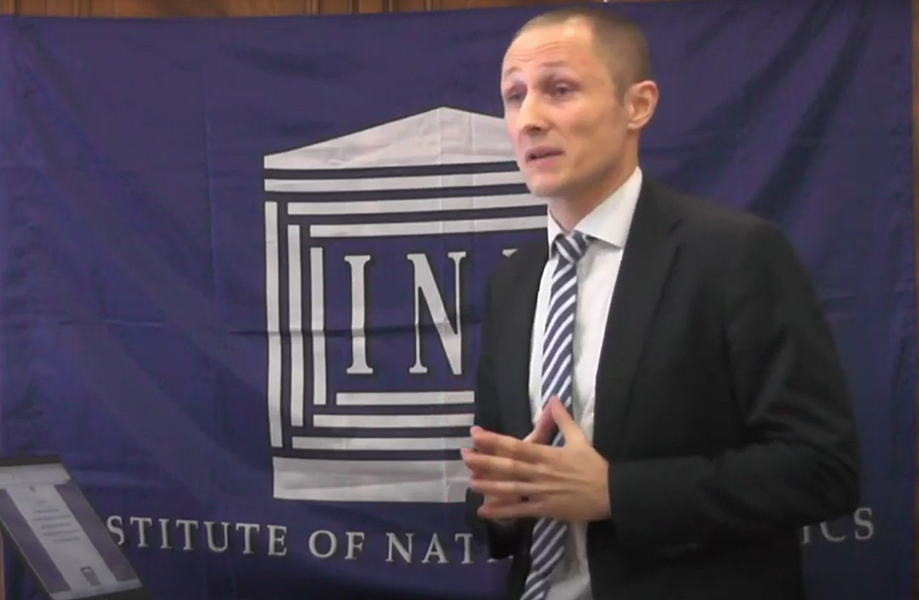 Prevent the death of millions of Ukrainians

Russia’s strategic plans in the fourth world hybrid war, which V. Putin has been waging against the countries of the collective West since February 20, 2014, consist in the destruction of Ukraine as a state and subject of international law by fragmenting the country into a number of quasi-state entities, with the subsequent inclusion of the territories of Ukraine into Russia.

On February 24, 2022, Putin launched a large-scale war against Ukraine.

For the entire civilized world, Russia’s war against Ukraine is a test of its existential stability and commitment to the declared universal values. The main principles of security: equality and indivisibility. Ukraine is a part of Western civilization. Now Ukraine is the best ally of the United States and NATO countries. Ukraine alone is defending itself from the terrible aggression for itself and the NATO countries.

In a broad sense, this war of Russia against Ukraine is a war of barbarians against civilization.

Putin intends to wage this aggressive war until the destruction of the last Ukrainian, which is proved by the many thousands of facts of genocide of the civilian population of Ukraine.

— The enemy intends to continue four types of war: land, air, sea and remote. Remote warfare is understood as a war waged by means of unmanned aircraft, operational-tactical missiles of the type «Caliber», «Iskander» from distant borders, i.e., from the territories of Russia temporarily occupied Crimea and de facto temporarily occupied Belarus.

The goals of remote warfare are the destruction of critical infrastructure facilities in Ukraine, airports, military units, food warehouses and shops, residential buildings, schools, kindergartens, hospitals, government agencies, fuel storage facilities and oil depots, as well as as many people as possible. It is worth paying attention to the fact that the escalation in the remote war on the part of Russia will be intensified. This factor requires the leadership of Ukraine to ensure proper protection of critical infrastructure facilities with the help of air defense and missile defense systems.

The objectives of the remote war are to create a humanitarian catastrophe in Ukraine caused by a shortage of fuel, food and basic necessities, especially on the eve of the sowing campaign, as well as terror of civilians and the authorities of Ukraine. This war comes from Putin’s plans to eliminate Ukraine as a state and the total destruction of its citizens.

For the final and irrevocable victory of Ukraine, and with it the entire united coalition led by the United States, it needs a lot of economic, military and military-technical assistance.

Please, if you are a US citizen, write a letter to your senator with a request to assist Ukraine in providing it with these means of military-technical assistance.

Please, if you are a citizen of a NATO country or the European Union, write a letter to your deputy of the European Parliament with a request to assist Ukraine in providing it with these means of military-technical assistance.

Hold rallies in Washington near the White House and the European Parliament with a demand to provide Ukraine with this military-technical assistance.

But there is very, very little of it to defend itself and absolutely not enough to attack and completely liberate Ukraine from the Russian-fascist invaders.

Every day of delay in the supply of heavy weapons and ammunition costs Ukrainians hundreds of lives!

If the United States and its NATO allies do not supply Ukraine with enough weapons, this war will become the bloodiest in Europe and may spread to NATO countries neighboring Ukraine. Ukrainian soldiers will bleed in fierce and protracted battles. The United States and Europe will be overwhelmed by another wave of Ukrainian refugees.

The Russian-fascist invaders will continue to kill hundreds of Ukrainian civilians with impunity every day. Prevent the death of millions of Ukrainians.

Supply Ukraine with heavy weapons, and Ukraine will stop Putin, his crowds of fascists and armed thugs, inflicting such a defeat on him, after which he will not even think of poking into Europe. By helping Ukraine, the United States and NATO countries are protecting themselves from a big war being prepared by Putin against them! Now Ukraine is defending itself and the whole of Europe from the armed expansion of the Russian-fascist invaders.