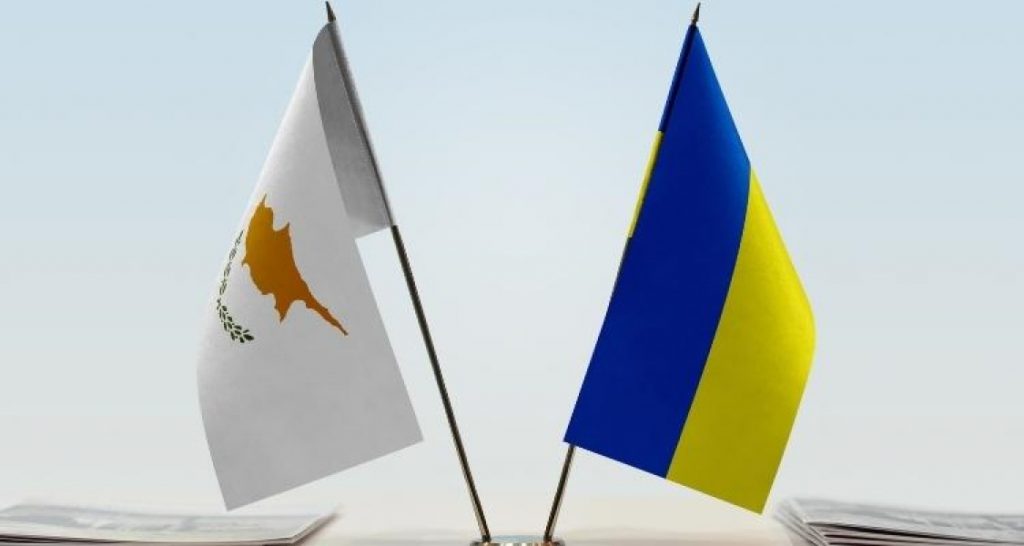 Today, Europe is facing its biggest challenge in decades, namely the Russian invasion of Ukraine.

In the first days of the large-scale Russian-Ukrainian war, the entire political community of the Republic of Cyprus – from the president to members of all political parties – expressed their solidarity with the Ukrainian people and condemned Russia’s aggression. Cyprus supported all six packages of EU sanctions against the Russian Federation, including closing the sky for Russian aircraft on February 28 and depriving 21 Russians from President Putin’s inner circle of their “golden” passports on April 13.

In turn, Cyprus President Nikos Anastasiades, speaking at the Congress of the European People’s Party in Rotterdam on June 1, 2022, firmly supported Ukraine and assured that Cyprus would continue to do so for as long as necessary. He stressed that European sanctions remained an important political tool to exert pressure on Moscow to cease hostilities, force Russia to withdraw its troops from Ukraine and respect the neighboring country’s sovereignty and territorial integrity.

Due to sanctions, Russia’s influence, including that of its financial institutions, on the Cypriot economy is gradually decreasing. Finance Minister Konstantinos Petridis has repeatedly stated that the Cypriot banking system is in no way dependent on the Russian one and therefore the consequences of anti-Russian sanctions should not be significant for his country.

Despite the fact that Cyprus has recently suffered from the crisis of migration from Africa (Libya) and Middle East (Syria), the Cypriot people welcomed Ukrainians who were forced to temporarily flee their country due to Russian aggression. Throughout the full-scale war, Nicosia has been providing Kyiv with massive humanitarian assistance. Up to 12,000 citizens of Ukraine are currently in Cyprus where they have received the status of temporarily displaced persons under the protection of the Republic’s legislation. Cyprus allocates significant financial resources to this end.

The Cypriots, like no one else, understand the situation that the Ukrainians have found themselves in since they experienced something similar in 1974. The parallels between Russia’s invasion of Ukraine and Turkey’s invasion of Cyprus in 1974 are striking. Moscow’s excuses for its unforgivable invasion of Ukraine under the sham pretext of «protecting Russian speakers» are similar to Turkey’s military operation to «protect» Turkish Cypriots from «ethnic cleansing.»

Today, the Turkish occupation of part of Cyprus is presented by Russian, Turkish and «friendly» media as the «Cyprus issue,» denying Turkey’s aggressive role in the events that unfolded in the 1970s. Russia is using the same tactics today in relation to Ukraine, branding their war a “special operation” to protect the unrecognized republics of the “LPR” and “DPR.”

Cyprus, just like Ukraine these days, is an example of a country’s division that has dragged on for decades, associated with another power’s aggression. As a result, once prosperous regions fall into oblivion. Now Northern Cyprus is a fully subsidized territory that survives solely off Turkey’s assistance. Likewise, the so-called “republics” in eastern Ukraine exist at the expense of military and financial assistance from Russia. Just as the Ukrainians demand the withdrawal of Russian troops from the territory of Ukraine, the Cypriots demand the pullback of Turkish forces. Cyprus shows an example that time doesn’t really heal, and that even the most prosperous and developed areas can turn into ruins as a result of dragging conflict.

In turn, Cyprus firmly supports the idea of Ukraine’s membership in the European Union, actively backing the granting the country a candidate status. Cyprus believes that Ukraine, which is currently suffering from the Russian invasion, has every right to expect that its candidacy will be considered in an accelerated manner. The fact that 37% of the territory of Cyprus was occupied did not affect the process of Cyprus’ admission to the EU.

Ukrainians will always be grateful to the president of the Republic, as well as its government and parliament, for the immediate decisions taken to help Ukraine and the thousands of temporarily displaced Ukrainians who have found shelter in Cyprus.