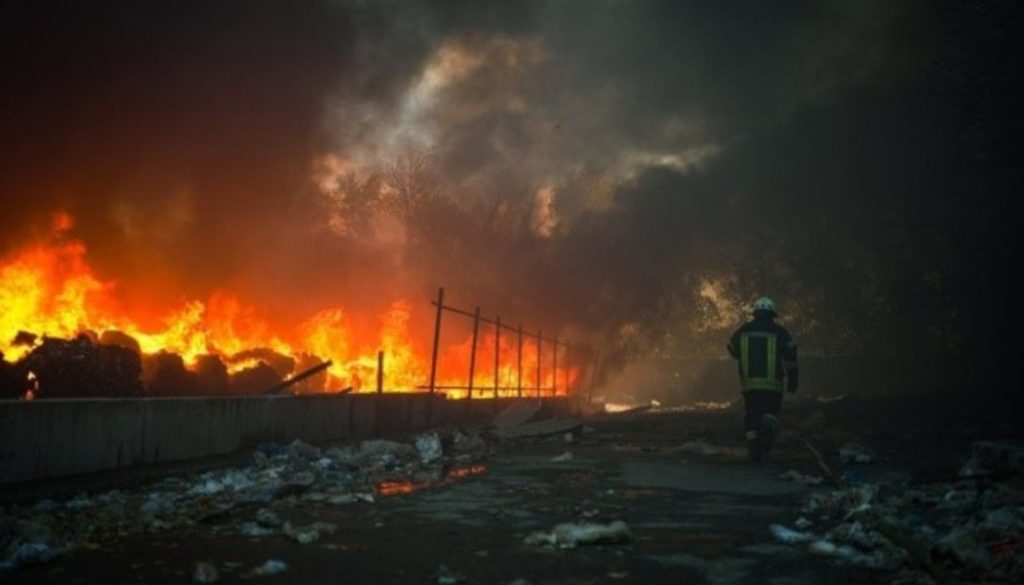 Russia is relentlessly bombarding front-line Ukrainian cities, trying to cause maximum casualties and destruction. In just one day, on January 5, Russian shelling killed 42 civilians along the contact line. Russian troops use S-300 shells, which they have in abundance, to carry out «scorched earth» tactics and simply destroy all possible infrastructure in the affected area. This is Putin’s personal order, which is actually revenge for the failure of his army to take over Ukraine. Russia is committing the biggest war crime in Ukraine since the end of the Second World War.

Captured Russian officers confirm that the order to inflict the greatest possible losses on Ukraine originates in the Kremlin, and from there it was passed directly to the military command on the ground. It is important that Putin does not pay attention to Russian-speaking Ukrainians or to the cities that are located on the territory of Donbass: this once again confirms that his goal is to destroy Ukrainians. For example, on January 5, Russia attacked residential facilities in Nikopol with artillery, 30 houses were damaged. 100% of such strikes fall on residential infrastructure, and then ordinary civilians lose a roof over their heads. This is a perverted, sadistic logic that in no way helps the Russian troops at the front and causes damage only to the civilian infrastructure of Ukraine. At the same time, on January 5, Russian artillery struck the center of Kherson, killing one person. The projectile landed on a residential building — Russia is simply taking out its anger on the civilians of the city for not being able to contain it.

Russia is trying to inflict maximum humanitarian damage on Ukraine by destroying civilian infrastructure. In the early stages of the war, Russian forces attempted to inflict limited destruction, hoping to quickly take over Ukraine and exploit its infrastructure. Having realized that the occupation had failed, Putin gave the order to destroy the Ukrainian infrastructure in order to make the life of Ukrainians deprived of comfort.

Western weapons for the Armed Forces of Ukraine are crucial for saving the lives of tens of thousands of Ukrainians. Putin is planning a long confrontation, and the sooner his army is depleted, the sooner peace will come. Ukraine independently stops the aggressor who wants to unleash a third world war and must receive weapons for his victory.