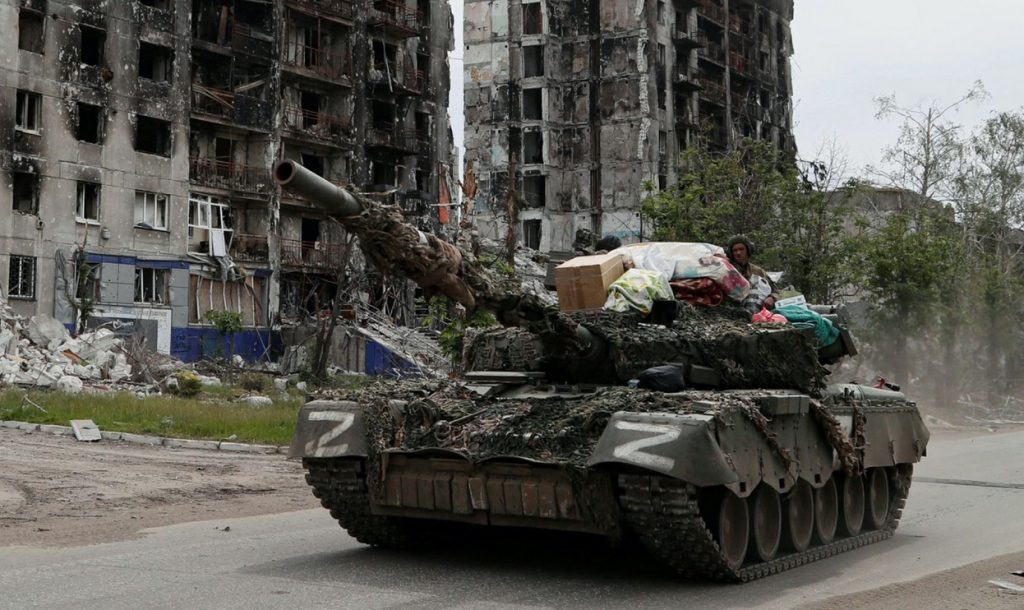 The Russian army continues to commit countless crimes on the territory of Ukraine. The number of civilians killed is in the thousands, the cost of property and infrastructure destroyed is in the billions of dollars, and the number of refugees is in the millions, Polish newspaper reports Nowiny Polskie reports.

According to official UN figures, among the dead there are 1,300 men, 844 women, 77 girls and 93 boys, as well as 69 children and 1,158 adults, whose gender is still unknown. 590 men, 428 women, 90 girls and 98 boys, and 167 children and 2412 adults of unknown gender were injured. The number of refugees who were forced to flee the war is about 5.6 million people. However, according to unofficial data, unfortunately, there are dozens of times more civilian casualties. More than 20,000 people died in the city of Mariupol alone. This testifies not only to the war crimes of the Russian army, but to the genocide against the Ukrainian people.

On the night of May 31, a missile strike by the Russian army was recorded in the Ukrainian city of Slavyansk, Donetsk region. As a result of the shelling of the city, there are wounded and dead. The exact number of victims is being established. A school and at least eight residential high-rise buildings were damaged. 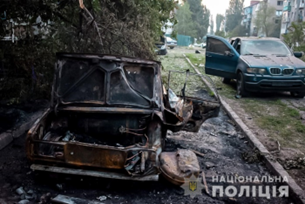 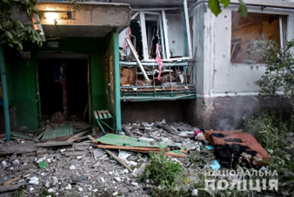 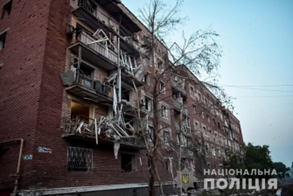 The day before, on May 30, Russian occupiers fired at 46 settlements in the Donetsk and Lugansk regions. 33 residential buildings, a school, a kindergarten, a concrete products factory, a thermal power plant and a shop were destroyed. As a result of these attacks, at least three civilians were killed, and seven more were injured. The victims were two civilians from Toretsk and one from Avdiivka. Four people were injured: two in Avdiivka and two in Nelipovka. The search for people continues, so the number of victims may be many times higher. 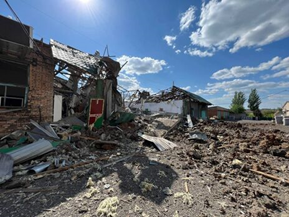 As a result of massive missile strikes by the Russian army on the city of Severodonetsk, for which fierce battles are now taking place, about 1,500 civilians have already died. Almost 100% of the critical infrastructure in the city has been destroyed, 90% of the housing stock has been damaged, of which 60% is critical, that is, it cannot be restored. 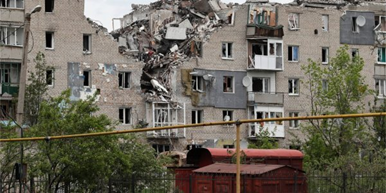 On the evening of May 31, the Russian army launched an airstrike on the Azot chemical plant in Severodonetsk, which resulted in the explosion of a tank with nitric acid. Nitric acid is dangerous when inhaled, swallowed and in contact with the skin and mucous membranes, which once again endangers the lives of civilians. 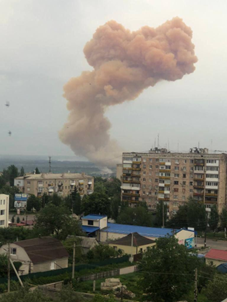 In the captured cities, the invaders bury people in mass graves. Since mid-April, 16,000 civilians have been buried in the city of Mariupol. The invaders arranged mass graves near the villages of Stary Krym, Mangush and Vinogradnoye. Also, about five thousand people were buried by public utilities until by mid-March. 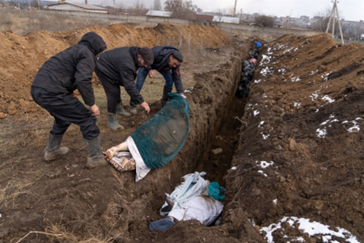 The Russian army not only kills civilians and destroys residential buildings, but also steals Ukrainian property. From the captured port in the city of Mariupol, not only grain is taken out, but also metal and ships remaining there. About 2.5 thousand tons of rolled steel were taken from the port to Rostov-on-Don, and 34 ships were stolen under the guise of «nationalization». This information is confirmed by the leader of the so-called «DPR» Denis Pushilin. He announced the creation of his own «merchant fleet» and the «nationalization» of several foreign ships docked in the port of Mariupol.

And this photo of a Russian tank was taken by Reuters journalists on May 26. On it, Anna Koreniuk, a refugee from the city of Popasna, Lugansk region, recognized her things: a blanket, a tablecloth, children’s sheets with Disney drawings, and household appliances. 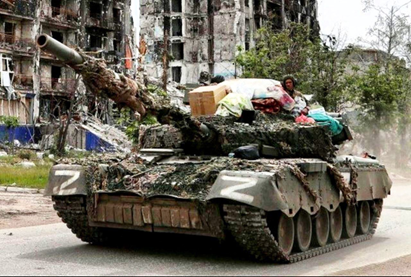 The Russian army is an army of thieves, crooks and murderers. Not a single Russian soldier is any different from a criminal who is serving a sentence in prison for a particularly serious crime. The only difference is that the government officially allowed the Russian soldier to commit crimes on the territory of Ukraine.