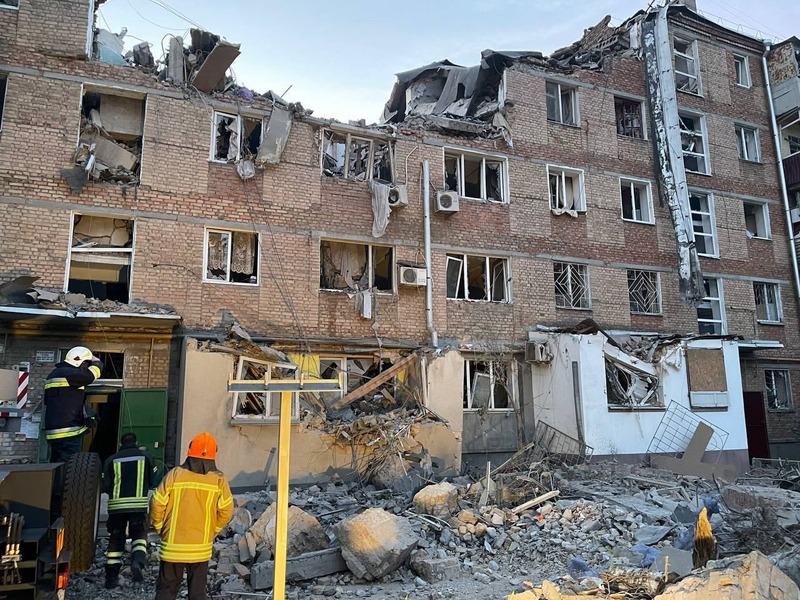 The Russian army continues to carry out terrorist attacks on the civilian population of Ukraine. On the night of October 13, the city of Mykolaiv was massively attacked with S-300 missiles, a total of 8 missiles reach the city. A five-story building was attacked. The top two floors were destroyed to the ground, the rest — under the rubble. Rescuers are on the scene. An 11-year-old boy was taken out from under the rubble. He spent 6 hours under stone piles. Now he is in hospital. Seven more people is in search. Also, a Mykolaiv’s rescue boat station came under missile attack, and they are looking for a worker under the rubble. 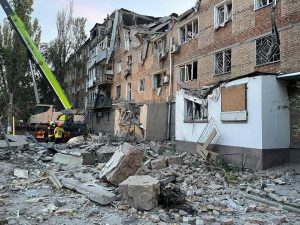 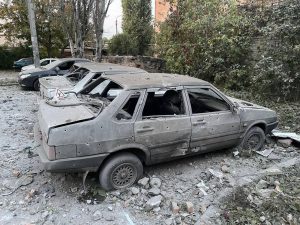 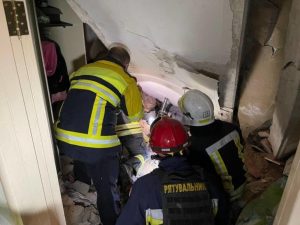 Recall that on October 12, the Russians also attacked Mykolaiv and regional communities, as a result of which 15 residential buildings and 1 civil infrastructure were destroyed.

Also this morning, October 13, Russia launched another attack on the Kyiv region, previously, with Iranian Shahed-136 kamikaze drones. Iranian kamikaze drones attacked critical infrastructure with three blows in the Makarov community of the Kyiv region. Rescuers are on the scene, fortunately there were no casualties.

The whole world today sees the crimes of Vladimir Putin’s army. Russian soldiers are destroying Ukrainian cities, trying to deprive millions of Ukrainians with water and electricity, killing civilians and children. The entire civilized world must become a united front and stop the aggression of Russia, which no longer knows borders.