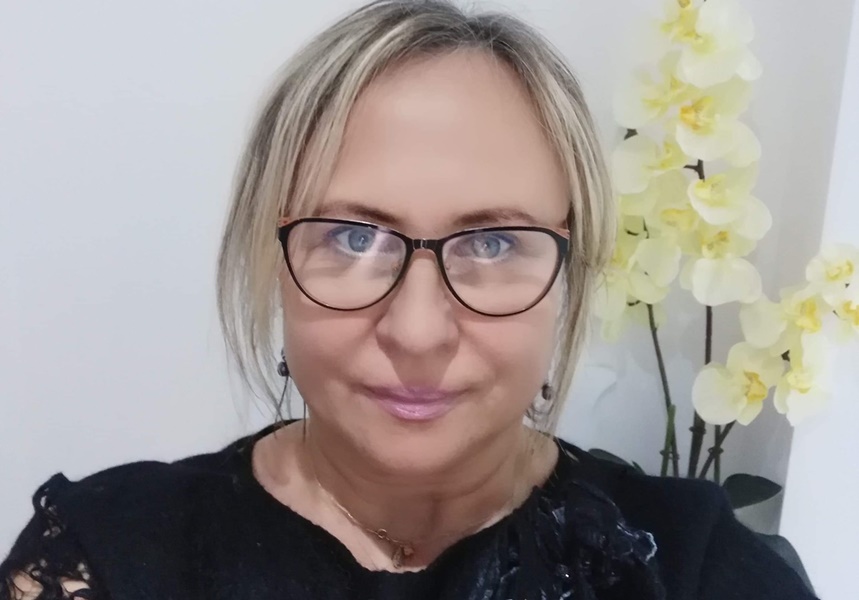 A humanitarian catastrophe caused by the Russian army invasion is taking place in Ukraine in front of the eyes of the whole world. On the order of a military criminal Putin the Russian troops purposefully destroy the Ukrainian people, Ukrainian infrastructure, its cities.

The head of the Ukrainian community in Cyprus Tatyana Ioannou has become a witness of these atrocious events. She found herself in the epicentre of barbaric bombardments of Kharkiv by the Russian army at the first minutes of the war.

— Tatyana, how did you happen to be in Kharkiv during the war?

— I had a premonition that something horrible was going to occur, that’s why I went to my relatives in Kharkiv to pay them a visit and to assess the situation from within and if necessary to get my mum out of there.

I bought a plane ticket to Ukraine for February,23. And I was supposed to return to Cyprus on February, 26.

— Did you feel that the war was on the verge? Did you believe that it could break out?

—Yes, I did.I felt it and realised that it wasn’ t a coincidence that Putin had sent his army to the borders of Ukraine. All the talks that it was just training convinced me in it. They are always lying in Russia.

— Do you remember how the war started?

— I couldn’t sleep on February, 24, I was scrolling Facebook and could notice the exact time of the first explosions, it was 5.06 a.m.

— What was your reaction when you  understood that Russians had started the war?

— It wasn’ t fear. It was a very strong nervous tension and hatred to those who had started the war.

— Was Kharkiv shelled immediately after the invasion or  was there no bombing for some time at first?

— Russians began to shell and bomb Kharkiv immediately. The residential area of Northern Saltykovka was shelled at the first minutes . There were new buildings there constructed in the last decade. The Russians demolished them completely.

— Yes, I have. I saw Russians destroying blocks of  civilian buildings. I saw them firing missiles at kindergartens and schools. I saw demolished hospitals and historical sights. I am a witness of their crimes! 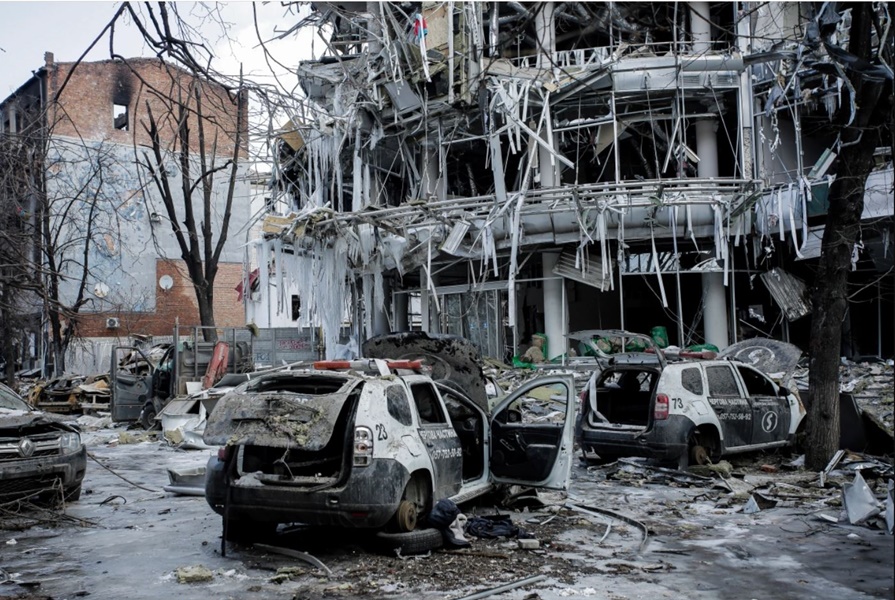 A missile fell very close to my house. A kindergarten was  located 50 metres from the explosion .It was completely ruined.

— Had you seen Ukrainian military men or vehicles in Kharkiv before the war? 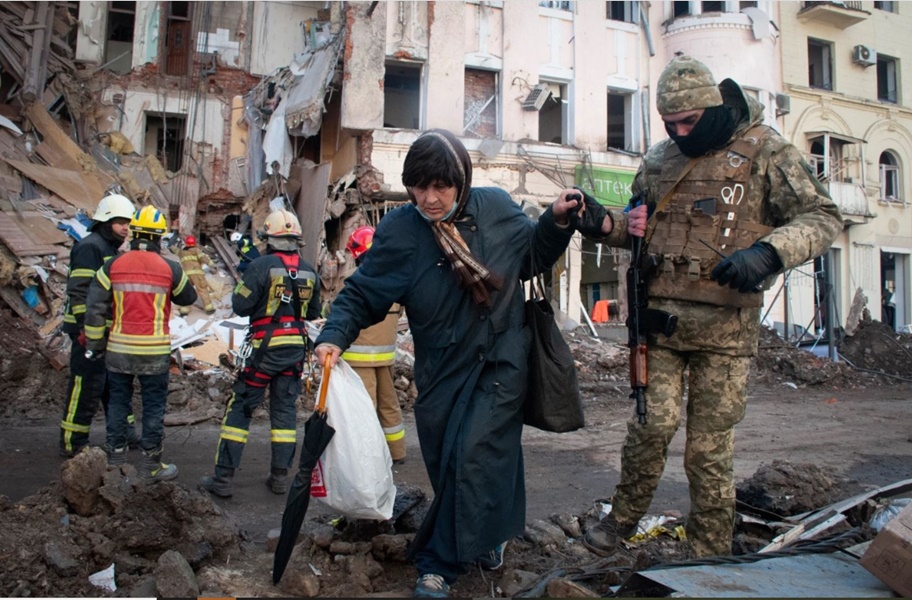 — Where did you find shelter during the bombardment?

— We stayed at home and kept lying on the floor.The Russian planes were flying and bombing the city at a low height above us. They were making a horrible roar that was driving us crazy.

— Did you hear firing in the streets?

— Yes, I did. Especially at night. 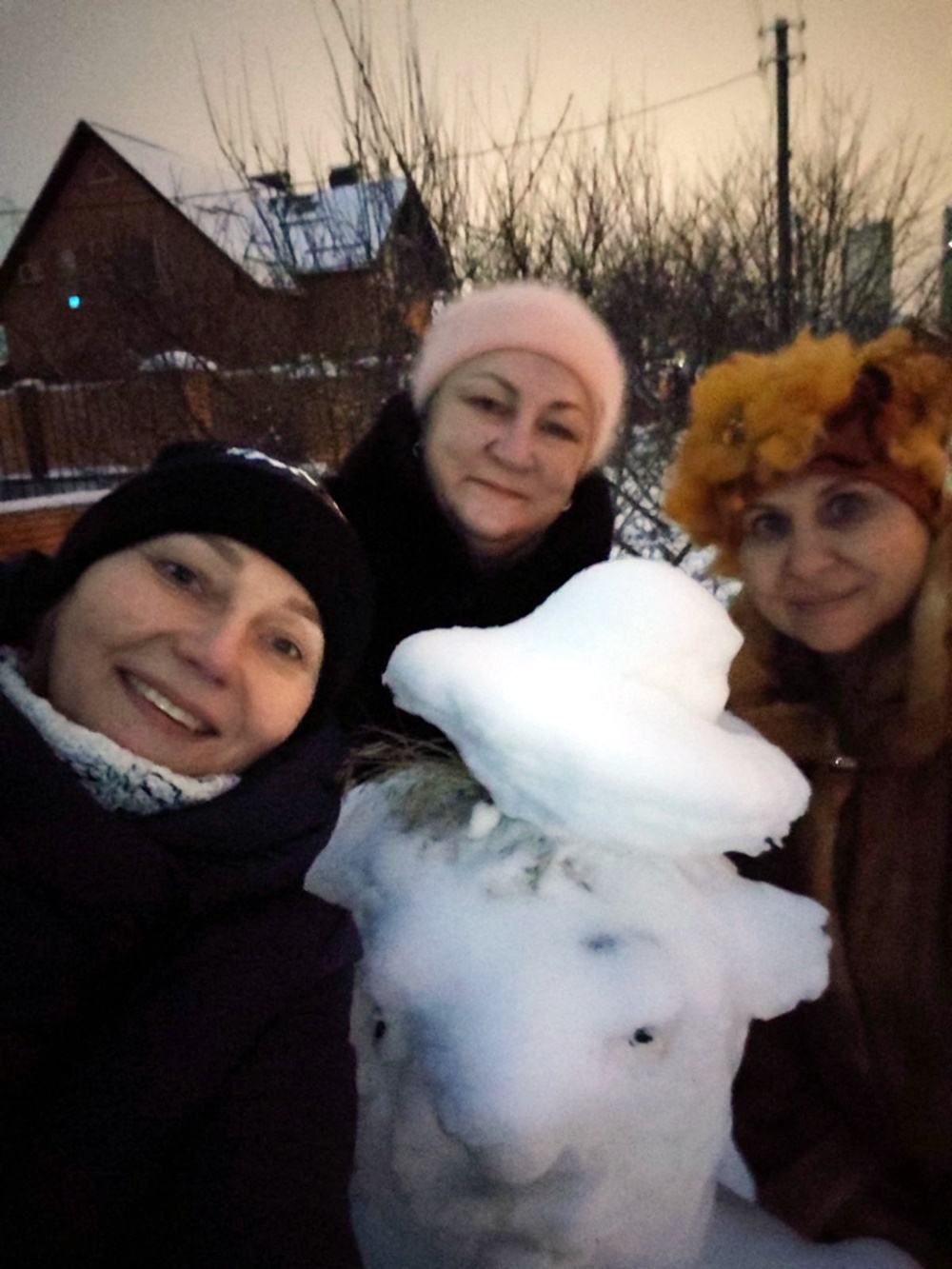 — How did you leave Kharkiv?

— I  managed to find a taxi driver who agreed to take me to the railway station for a very high price. While driving he  told me that he lived in a nearby 16 storey building.Its inhabitants were mostly women, children and elderly people.All of them were staying in the basement and he  kept earning money to provide them with food, medication, personal hygiene stuff. All the men from the building had joined the army or territorial defence forces. I paid him more than the price we had agreed on.

— What did you see at the railway station?

— I saw plenty of people, panic and chaos.The people were horrified. Many of them couldn’ t cope with terror and rushed around the station in panic. There was an awful stumpede there.. People fainted. The shouts «Call a doctor» were constantly heard. 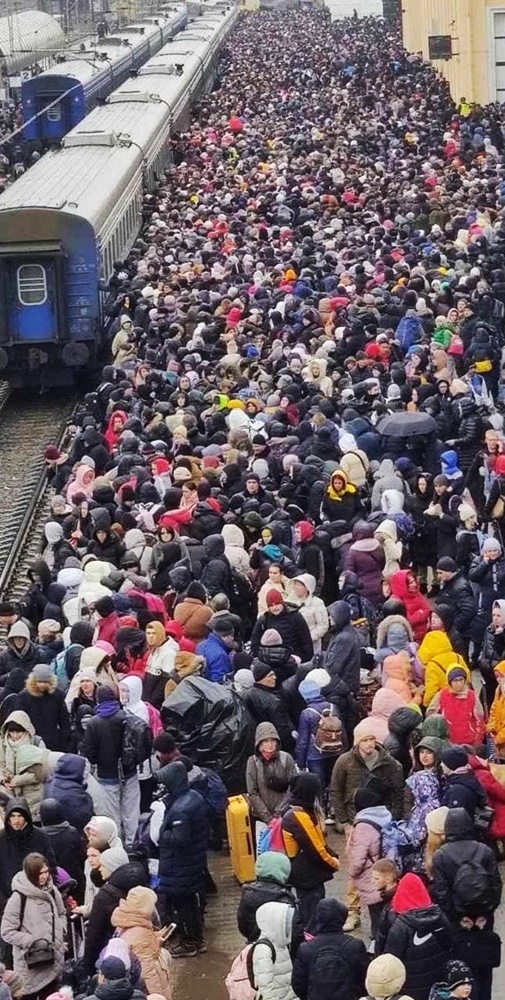 I am grateful  to our volunteers, they were helping people so much: distributing food, water, hot drinks. They were giving kids  diapers, milk mixtures, toys, fruits.

— Was it difficult to buy tickets ?

— There were no tickets. People could travel for free. My mum and I decided to take the first train no matter what direction it goes, just to leave Kharkiv.

By miracle we managed to take the train to Ivano Frankivsk. There were twelve people besides my mum and me in our four- person  compartment.The train was full to capacity. There wasn’t an inch of vacant space in it. It was stifling there, people couldn’t breathe…

It was especially difficult for kids and senior people. The WCs were out of order. We stopped twice- in Poltava and Lviv. But it was impossible to leave the train to walk along the platform as people were boarding the train and the passengers were standing close to one another in the aisles.

— What did you see in Lviv?

— Crowds of people.I remember we were going to the exit from the railway station and the kids from the orphanage were in front of us.They had been evacuated from Kharkiv too. The children were walking holding hands , pale with fear- stricken eyes.I am afraid they will never get rid of this fright…

Refugees management was very well organized in Lviv. Volunteers took care of everyone.They fed and helped everybody. I am so grateful to them for all they have done.

There were iron barrels with burning wood in the street near the railway station and people could keep warm there.

There were a lot of tents where Red Cross representatives were giving the first aid. There were even special green tents where pets were fed.

We were met  by the members of the Ukrainian community in Cyprus — Julia and Anatoliy Sovjak. They happened to be in Ukraine and helped us to get to our relatives where my mum and I spent the night. In the morning my cousin from Chervonograd came and took us to her place. We stayed at hers for two days, thinking  over how to get to Cyprus.We decided to move via Poland and were taken to the border point Utrinovo on the third morning.

— What was the attitude of Polish border guards and Poles on the whole  to you?

— They treated us wonderfully. The Polish border guards helped everybody, carried possessions, children prams and kids themselves in their arms, gave us food  and tea and coffee, offered the first aid.They helped to carry heavy bags and valises as men were not allowed to cross the Ukrainian border with the exception of handicapped people and widowers with kids.

All Poles, not only border guards, treated us with incredible kindness and sympathy. All Poland is decorated with Ukrainian flags and slogans  appealing to help Ukrainians. The Poles opened their homes for Ukrainians, they donate their clothes, money, medication. They take refugees to different towns and centers for free. All Poland became a huge shelter for Ukrainians.

Everything is free of charge for Ukrainians in Poland- transport, restaurants, cafes, hospitals, hotels. They even created special supermarkets for Ukrainian refugees where one can take anything he needs for free.

The President of Poland made a speech in which he urged the citizens of his country to support Ukrainians.

There were Red Cross volunteers right on the Polish border too, they were helping people. I got acquainted with several German volunteers in Poland and invited all of them to spend the summer at my place in Cyprus.

— What happened after you had crossed the border?

— I have a friend in Warsaw, Martha. When I was still in Kharkiv, she called me and invited to stay with her. On  our crossing the border Martha met us and took to her place in Warsaw.

— How did you get to Cyprus from Poland?

— What’ s your opinion, Tatyana, will Ukraine  hold on?

— I have no doubts. Ukrainians will win in this war. Slaves cannot defeat free people! Nobody will be able to break our spirit and will for freedom. We will fight and we will win.

— What do you want to say to Russians?

You can support us by PayPal

Thank you for your support!