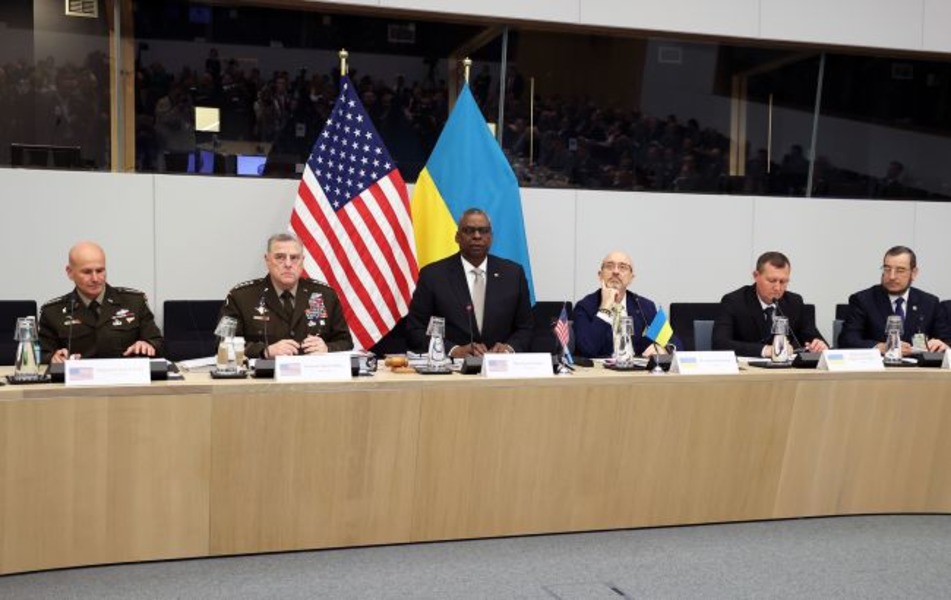 Ukraine has been repelling Russian aggression for almost a year now. Putin’s plans to seize Ukraine in a few days failed miserably thanks to the resilience and courage of the Armed Forces of Ukraine and the entire people.

Due to the fact that, for various reasons, there was an insufficient amount of weapons, armored vehicles and equipment in our country, there was a possibility that Ukraine would lose sovereignty and its territorial integrity. The President of Ukraine immediately, after the beginning of the aggression, turned to the world community with a request to provide military assistance and political support in the fight against Russia. Many countries promptly responded to his call: the USA, Great Britain, Japan, Germany, Poland, Australia, the Scandinavian countries, other countries of NATO, the European Union, and the Baltic states. These countries have provided and continue to provide significant military assistance, without which it would be impossible for Ukraine to effectively resist the aggressor. After the Russian Federation began to deliberately destroy civilian infrastructure, primarily energy sector facilities, Western partners provided significant assistance with transformers, generators and other equipment.

In addition to providing military assistance, the United States and a number of countries have imposed economic sanctions against Russia, which have seriously complicated the work of enterprises in the military-industrial complex and the industrial sector of Russia.

Also, in order to support Ukraine, in April 2022, at the initiative of the United States, an international conference was organized at the Ramstein airbase in Germany. It was attended by representatives and high-ranking officials from more than 40 countries, who discussed the coordination of their actions in support of Ukraine. Since that time, eight meetings of the Contact Group for the Defense of Ukraine in the Ramstein format have already taken place. At the last meeting, which brought together representatives of the defense departments of more than 50 countries, it was decided to significantly increase military assistance to Ukraine.

At the same time, a meeting of defense ministers and representatives of defense ministries of nine European countries was held, where the «Tallinn Declaration» was signed, which legally enshrined the obligation of these countries to continue military assistance to Ukraine. At the same time, the 53rd World Economic Forum was held in Davos, where prominent politicians and business representatives declared their firm and unshakable support for Ukraine.

All this suggests that progressive countries have rallied around Ukraine and are helping it to maintain its territorial integrity and sovereignty with all their might. The whole civilized world has long understood how important it is to stop Russia, prevent it from seizing Ukraine and not allowing it to change the established world order. It is important to note the decisive role of Western partners in the constant support and military-technical assistance to Ukraine in its just battle against the Russian aggressor.

With such strong support from the international community, Ukraine simply must win, and Putin and his criminal regime will inevitably fail.