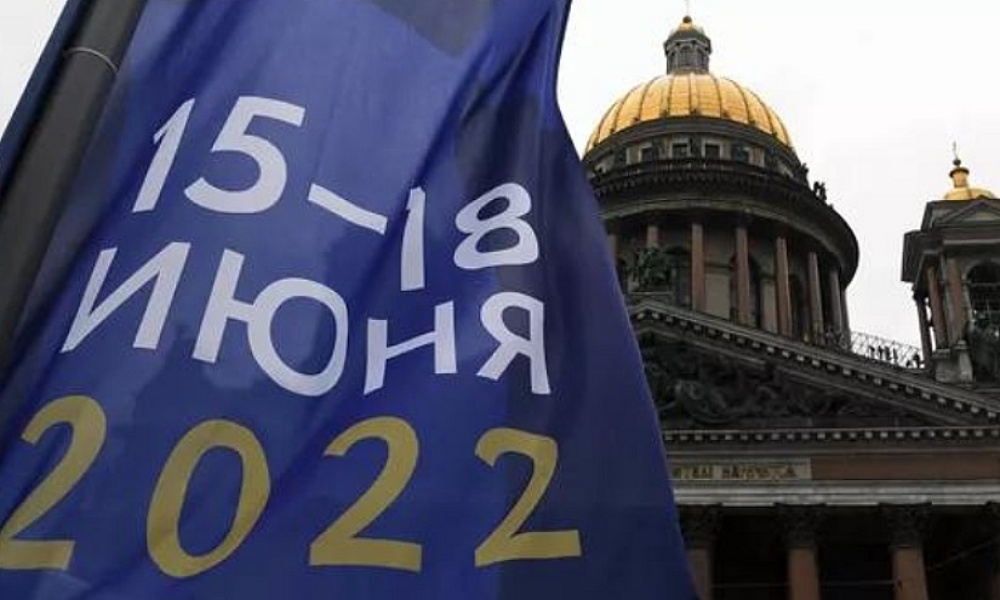 From June 15 to June 18 St. Petersburg International Economic Forum is being held. Once it was a remarkable business event held annually in the Russian Federation with the mandatory participation of the President of Russia. In 2019, this event was attended by 19,000 people from 145 countries. Among high-ranking guests there was the UN Secretary General A. Guterres. Putin has always viewed SPIEF as a platform for concluding new deals and as a symbol of Russia’s economic development, and attached great importance to it in terms of popularizing Russia in the West.

This year, SPIEF has become a symbol of the failure of Putin’s policies and the de facto embodiment of Russia’s galloping marginalization. The sanctions imposed on the Russian Federation do not leave any legal opportunities for Western business to develop cooperation with the Russian Federation. Therefore, among the guests present at the event, there are mainly representatives of the Third World countries. A considerable part of them are Kremlin’s geopolitical satellites, receiving regular subsidies from it in exchange for loyal voting at the level of international organizations. It is noteworthy that the forum will be attended by the Taliban, de facto recognized by Russia, as well as the leaders of the so-called «republics» of L/DPR. The event is moderated by the odious Russian propagandist M. Simonyan. Thus, the once progressive and productive business platform has become a gathering of outcasts and political puppets, confirming the real isolation of Russia in the international arena.

SPIEF was the brainchild of Putin, who positioned it as a showcase for liberal, pro-Western ideas in Russian science, economics, and culture. In 2019-2021 its role was of real importance for the progressive integration of the Russian economy and the establishment of new business contacts and the promotion of innovations in the Russian market. The full-scale war unleashed by Putin against Ukraine, senseless and bloody, levelled all the achievements gained at SPIEF. An unprecedented package of sanctions against Russian business and economy, the freezing of foreign exchange reserves of the Russian Federation, the withdrawal of Western companies from Russia, and finally the termination of international cooperation with Roscosmos, Putin’s pride, made the participation of Western partners in SPIEF pointless and unpromising. Moreover, this year the forum is de facto a political platform that Putin wants to turn into an outpost of confrontation with the West he hates, and which brought together everyone who is in the wake of the geopolitics of the Russian Federation and directly or indirectly supports its barbaric course towards territorial expansion, accompanied by destruction and unprecedented loss of life. Similar to how the USSR at one time actually supported and equipped the countries of the «third world» at the expense of the labour of Soviet citizens, Putin is now turning Russia into an ugly likeness of the Soviet Union with its puppets and political program, threatening the entire civilized world. And even the speech of the President of the Russian Federation, announced for June 17, will not save the situation. Of course, Putin will say that «Russia is a land of opportunity» and that «the whole world is against Russia.» Because he has nothing more to say to his people. As Hitler had nothing to say in 1944-45.

Putin is knowingly pushing his country into the abyss of international isolation, the result of which will be poverty, backwardness and complete marginalization of Russia in all spheres of activity. The complete collapse is the result of the neo-Nazi regime created by Putin during his reign, and the SPIEF is an eloquent proof of this trend.