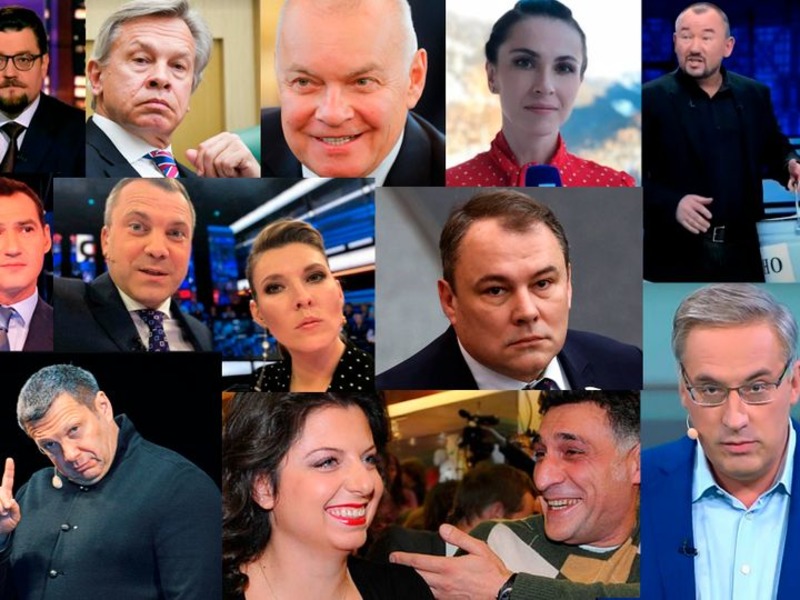 Russian propaganda is a kind of informational phenomenon. It managed to create a society with a completely deformed, distorted worldview, where peace is called war and good is evil. In this regard, propaganda is an important tool of influence that fully serves Putin’s criminal intentions. As a rule, with its help the domestic consumer is informed about Russia’s intention to do some actions. S. Mardan, one of the famous Russian propagandists, noted on January 15 that rocket attacks on residential buildings “in Kyiv and Kharkiv” would continue. Putin uses propaganda as a key tool to justify and support the increasingly brutal and bloody war against Ukraine.

Russian propaganda constantly accompanies Russian military aggression, which began back in 2014 and serves as a kind of “litmus test” in the context of changing the Kremlin’s military approaches to expansion in Ukraine. Propagandists try to justify the military invasion by demonizing Ukrainians, developing narratives about fascism, biolaboratories in Ukraine, etc. Thus, the framework of existential danger from Ukraine, which can threaten Russia, is set. After the complete failure of the military invasion and the significant weakening of the Russian army, propaganda manifested that “Russia is not at war with Ukraine, but with the whole of NATO.” In this way, the asymmetric weakness of the Russian army was explained. When Putin launched the missile terror of Ukraine in hope of getting negotiations and a temporary truce, the propaganda claimed that the strikes were not targeting critical infrastructure, but military facilities. Finally, when Russia exhausted a significant part of its missile arsenal and was still unable to destroy Ukraine’s critical infrastructure, Russian propaganda entered the final stage — the complete demonization of Ukrainians and direct calls for their destruction. Currently, this is the main task for leading Russian propagandists, which Putin personally set for them. On Russian television, rocket attacks on residential buildings in Ukraine, which entail human casualties, are praised and they regretted about the insufficient number of victims and destruction. This is an eloquent confirmation of the inhuman system and ideology created by Putin. It is significant that out of 100 % of people who regularly watch Russian television, 79 % approve of the SMO and mobilization. That is why propaganda acts as a starting point for the popularization of the war and presents it as a patriotic for Russia.

The Russian propaganda narratives since the beginning of 2023 are quite worrying. It testifies to Putin’s preparations for a long, protracted war, which threatens bloody consequences if his army is not critically depleted. The provision of weapons for the Armed Forces and the introduction of new sanctions against the Russian economy must take place simultaneously, because this will not allow Putin to adapt to war. In fact, the fate of the civilized world is being decided in Ukraine, and the support of the West has a decisive role in the context of victory over Russian tyranny.