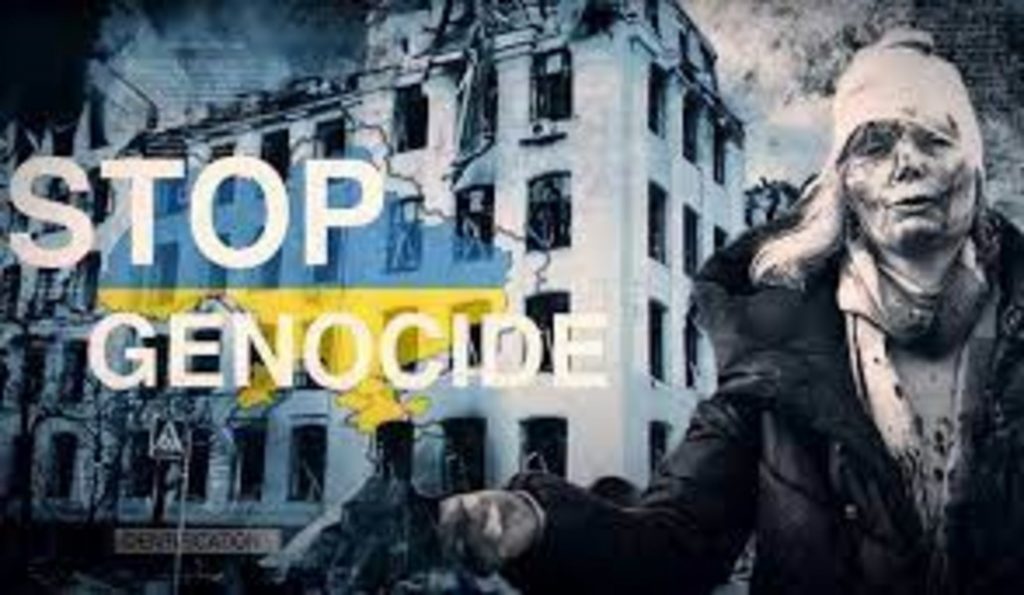 Historically, Russia has always sought to subdue and control Ukraine. If this did not work out, Moscow resorted to the genocide of Ukrainians on a national basis. The extermination of Ukrainians by Russians historically has a long character and took a variety of forms: the massacre in Baturyn in 1708, during which the troops of Peter I killed over 15 thousand civilians in 2 days; the artificial famine of 1932-33, during which according to various estimates from 3 to 10 million Ukrainians died; a full-scale war that began on February 24 and, according to preliminary data, claimed the lives of tens of thousands of civilians in Ukraine.

Hatred for Ukraine and Ukrainians is inherent in Russians at the genetic level. Periods of peace between the two countries are periods of occupation of Ukraine by Russia. Period from 1991 to 2014 was the longest in modern history when Ukraine was not de jure and de facto at war with Russia. On February 24, Putin launched a full-scale war against Ukraine with the aim of capturing it. In the very first days, the Russian occupation troops began the genocide of the civilian population in the occupied territories. Settlements were fired from large-calibre artillery, aircraft and MLRS. The Russian military carried out mass executions of civilians. In some settlements (Bucha) the invaders sought to exterminate the entire male population. In Mariupol, over two months of fierce fighting, the Russians killed over 25,000 citizens.

Looting and theft of Ukrainian grain should be considered separately. At the individual level, in the occupied territories Russian servicemen loot, taking away the things they like from the civilian population. At the state level, Russia systematically exports Ukrainian grain from elevators in the territories it occupies. Putin seeks to cause maximum economic and demographic damage to Ukraine. The same way Stalin in the 1930s confiscated food supplies from the peasants, which resulted in famine.

Russia demonizes Ukrainians at the level of information propaganda. Analysys of the content of Russian media and telegram channels shows that most of its publications directly or indirectly refer to Ukraine. Russia systematically attributes Ukrainians to the terms of «Nazis», «fascists», and postulates Ukraine as a non-existent, artificially created country. Any Ukrainian soldier who defends his country with weapons in his hands is positioned as a war criminal deserving a tribunal. Thus, Russia is trying to keep the anti-Ukrainian hysteria in Russian society at the proper level. Anti-Ukrainian narratives are spread both by professional propagandists who voice the idea that “every Ukrainian who resists the Russians is a Nazi” and at the level of officials. Noteworthy is the rhetoric of D. Medvedev, who calls into question the safety of Ukraine in the future as an independent country.

Therefore, every civilized country in the world must recognize Russia’s policy in the occupied territories of Ukraine as a genocide of the Ukrainian people, as Canada, Ireland, the Czech Republic, Poland, Lithuania, Latvia and Estonia did. Putin seeks to completely occupy Ukraine, exterminating or expelling its inhabitants and depriving it of its sovereignty. The Russian dictator can only be stopped by joint efforts and opposition to the greatest war criminal of the 21st century.