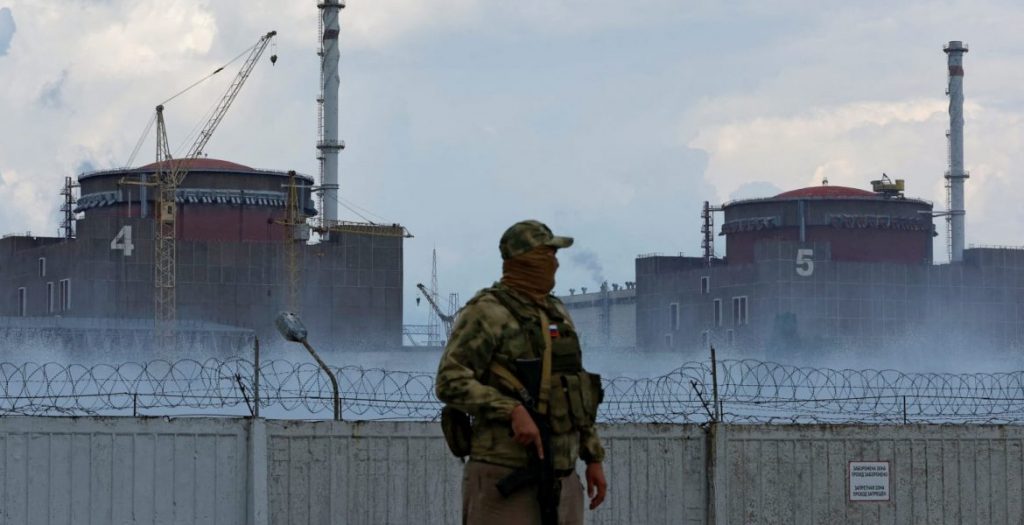 Russia is openly blackmailing the whole world by claiming that it has mined the Zaporizhzhia nuclear power plant and is ready to blow it up. In a statement, Major General Valery Vasilyev, head of the Russian Armed Forces’ radiation, chemical and biological defense troops, who now commands the Zaporizhzhia garrison at the NPP, said that “here will be either Russian soil or scorched desert.”

Russian troops are shelling Europe’s largest nuclear power plant, destroying its infrastructure and destroying power lines through which electricity flows into the Ukrainian energy system. Such actions of the Russian occupying forces may lead to a power blackout in the southern regions of Ukraine.

If the Russian Armed Forces continue shelling the Zaporizhzhia NPP which is the largest nuclear power station in Europe, it could lead to a nuclear and radiation accident, the consequences of which would be catastrophic for the whole of Europe.

According to Rafael Grossi, Director General of the International Atomic Energy Agency, the situation at the Zaporizhzhia nuclear power plant, which was seized by the Russian military on 4 March, becomes more and more serious every day.

For the first time in history, the Russian occupiers have turned civilian nuclear facilities into military targets and a location for their army. Heavy military equipment is deployed directly within the boundaries of the plant – up to 50 pieces of equipment and up to 500 soldiers. In fact the Russian Army is using the site of the nuclear power plant as a military base.

Actions by the UN and the IAEA, as well as the international community, which should influence Russia to withdraw its troops from the territory of Zaporizhzhia NPP, can prevent such a scenario from developing. The plant must be handed over to the control of a special commission.

Analysts of the American Institute for the Study of War (ISW) suggest that Russian dictator Vladimir Putin may use nuclear blackmail to stop a counterattack by Ukraine. In turn, the US has accused Russia of using the Zaporizhzhia nuclear power plant as a “nuclear shield”. US Secretary of State Anthony Blinken said that Russia had turned the Zaporizhzhia plant into a military base.

The world is faced with blatant nuclear terrorism sponsored by a nuclear state. The entire civilised world must take measures to avoid a global nuclear catastrophe, in particular, to close the airspace over Ukrainian nuclear power plants, provide Ukraine with air defence systems and bring the aggressor to justice for his crimes.