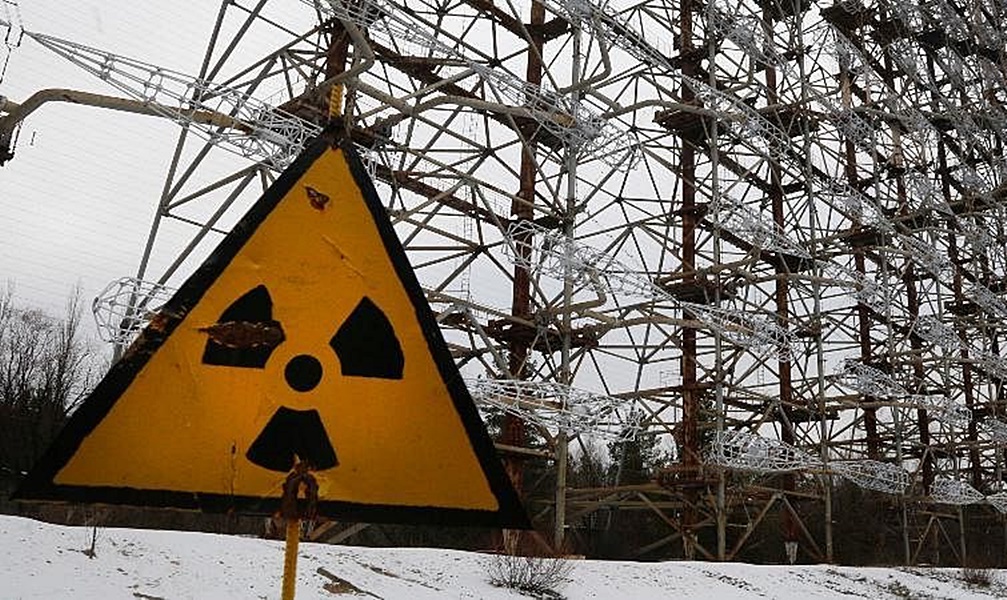 Given the current military and political situation in Ukraine, there are signs that Russia is preparing a provocation in the shape of a terrorist attack on certain facilities within the temporarily occupied Chornobyl exclusion zone, set to further accuse the Ukrainian authorities.

Testifying to these assumptions are reports by Minsk TV stressing the need for Belarusians to undergo preventive iodine treatment, as if in connection with the alleged preparation of a terrorist attack by Kyiv at the Chornobyl Nuclear Power Plant, the arrival of Russian radiation and chemical warfare troops in the Exclusion Zone, and Moscow’s moves to justify their actions with searching for nuclear, chemical, and biological weapons’ components in Ukraine.

Given the available information regarding the Chornobyl attack plot, received, including from the Main Intelligence Directorate of Ukraine’s Defense Ministry, it’s highly likely that Russia will go along the scenario of looking for a “dirty bomb” in the Chornobyl Exclusion Zone, allegedly planted by Ukrainian nationalists. The search will involve examining the contents of canisters in fuel collectors, which are best suited for the so-called “dummies”, to be designated as a notorious «dirty bomb».

Most likely, the Russians will claim their forces had found something suspicious in one of the canisters, but a closer look was impossible, including due cooling issues in the spent nuclear fuel storage. They could further claim that after the suspicious material heated up, or as the radiation and chemical warfare troops were examining the object, an explosion occurred that killed a number of Russian forces.

Russia will immediately accuse the “Ukrainian Nazis” of hiding a “dirty bomb” and mining the site to tie up loose ends. The said explosion will be set up by Russian military specialists. The terror attack could be carried out once the fuel assembly partially heats up in a storage pool and the temperature rises close to the operational cap.

According to preliminary data, Russia doesn’t need an explosion too powerful. Most likely, they are already setting up the necessary background for a better media effect. This may eventually be a blast in of single canister, with the placing of several damaged canisters alongside, with no spent fuel in them. In the storage pool, the blast wave will die out, and the “domino” effect will never occur, as per their calculations.

As a result, nuclear material will be released, whose isotopic composition will be of Ukrainian origin. There is a high probability that with the assistance of the Russian lobby in the IAEA, the latter will confirm the fact of the terror attack, to prepare the grounds for Russia to run yet another information campaign to justify their invasion of Ukraine.