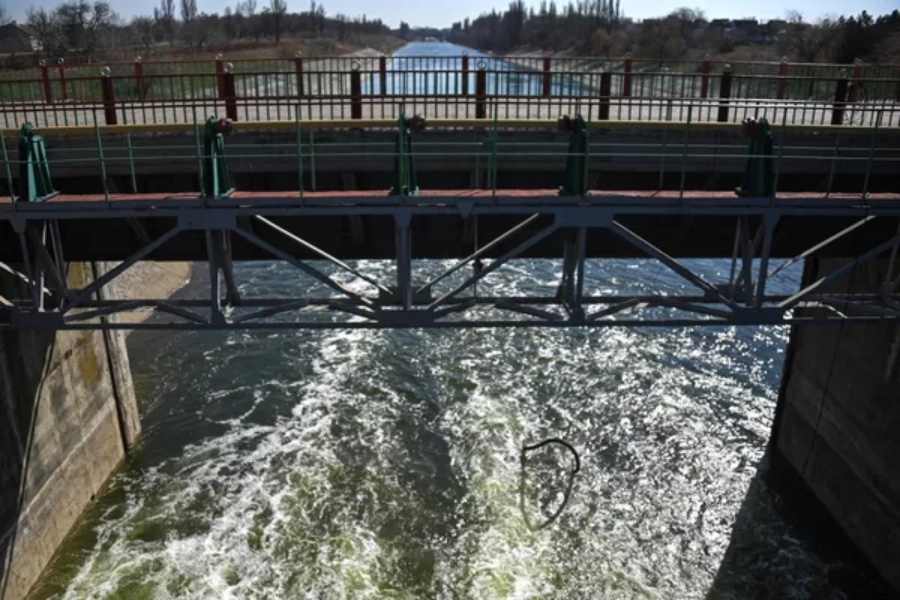 The situation with the Russian army remains close to critical on the right bank of the Dnipro river in the Kherson region.  The Russians practically ceased to transfer reinforcements to the right-bank bridgehead and even began to withdraw part of their forces from there.

The Ukrainians break through towards Berislav, which is about 40 km away.  Nearby is Nova Kakhovka and the dam of the Kovkhovska Hydroelectric Power Plant — the key to the water supply of the occupied Crimea and one of the logistics routes through which Russian troops are transferred.

The Russians say that the «Kyiv regime» is going to use prohibited methods of war in the area of ​​the city of Kherson, allegedly preparing for a massive missile attack on the dam of the Kakhovska HPP, as well as on the city itself, without choosing specific targets.  This was stated by the commander of the Russian occupation forces, General Sergei Surovikin.  But all this information is not true.

The RF’s occupying troops may attack  the Kakhovska HPP in the Kherson region, disguising a war crime as an alleged attack by the Armed Forces of Ukraine.  Such «announcements» have been used by the Russians before, for example, when shelling Donetsk and other Ukrainian cities.

So far, the Russians justify the evacuation from Kherson by saying that residential buildings will be destroyed after a massive shelling of the Ukrainian army.

Moscow already understands that they will not be able to stay on the right bank of the Dnipro river in the Kherson region.  They wants to flood the right-bank territory, trying to stop the offensive of the Ukrainian Armed Forces.

There is an intention to shell the city behind the evacuation of the inhabitants of Kherson, announced by the occupying authorities. Given the statements of the Russians about shelling Kherson by the Armed Forces of Ukraine, it seems that it is the Russian troops who will do this.

In сase of another retreat of the Russian army, its military leadership may destroy the dam of the Kakhovska HPP in order to accuse the Ukrainian army in it.