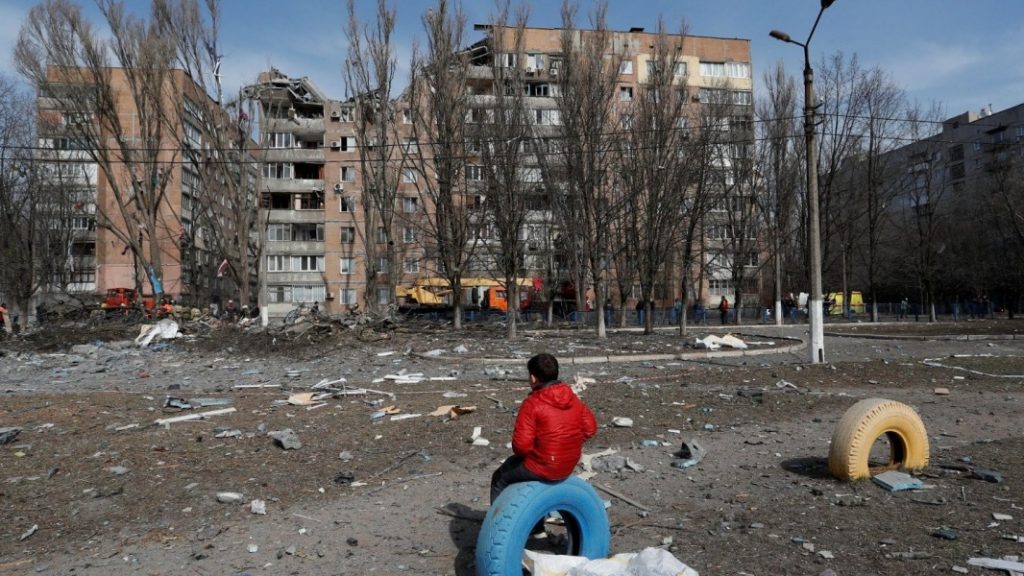 Russia is the No. 1 terrorist country in the world. The Russian Federation has illegally stormed into Ukraine and is carrying out targeted, indiscriminate and disproportionate attacks on civilians and their property throughout Ukraine violating all applicable norms of international law.

For more than 4 months, Ukraine has been subjected to missile, air and artillery strikes by the Russian army. Tens of thousands of civilians are dying, including children. In total, more than 972 children have suffered since February 24 — 341 children have died and over 631 have been injured. More than 25,000 civilian infrastructure facilities have been destroyed. Russian soldiers have occupied more than 20% of the country’s territory, and are terrorizing civilians in Kherson, Mariupol, Melitopol and other cities of Ukraine. And what they cannot capture, they try to destroy. All the time, the Russian army has violated the norms of international humanitarian law governing the conduct of hostilities. More than 20,000 war crimes committed by the Russian army are already being investigated in Ukraine.

The European Court of Human Rights (ECHR) has received a statement of claim in the interstate case of Ukraine against Russia regarding allegations of serious and massive human rights violations committed by the Russian Federation during its military operations on the territory of Ukraine since February 24, 2022. The ECHR is also hearing five interstate cases initiated by Ukraine against the Russian Federation. In addition, about 8.5 thousand individual applications related to the events in Crimea, eastern Ukraine and the Sea of Azov were submitted for consideration.

Members of the UN Monitoring Mission who visited Ukraine confirmed that since February 24, 2022, at least 300 unlawful killings have been carried out, including executions of civilians in more than 30 settlements. It is about towns and villages in the Kyiv, Chernigov, Kharkiv and Sumy regions, where murders were committed at a time when these territories were under the control of the armed forces of the Russian Federation in late February and March.

The number of Ukrainians killed under Russian occupation could increase as more evidence emerges. In Bucha, Kyiv region alone, the monitoring mission documented at least 50 civilians killed by the Russian Armed Forces while the city was under their control. UN officials also recorded, verified and confirmed 23 cases of conflict-related sexual violence, including rape, gang rape, torture, forced stripping in public, and threats of sexual violence. There are many more cases and it may take many years to reveal them, because many consider it shameful to tell this and simply hide the fact that they were raped.

At least 248 cases of arbitrary detention of local government officials, journalists, civil society activists and other civilians have been confirmed. Among these cases, 6 confirmed victims — one woman and five men, who were later found dead. During the hostilities, 17 deaths of journalists, media workers and bloggers were recorded, as well as another 14 cases of journalists being injured. The RF Armed Forces and associated armed groups will bear responsibility for these actions.

Cases of forced military conscription of men in the Donetsk and Luhansk regions have also been confirmed. It should be recalled that forcing civilians to serve in the ranks of the armed forces of the hostile side is a grave violation of international humanitarian law.

As of June 27, the UN has confirmed 4,731 deaths and 5,900 injured. In fact, the number of victims is much higher, since only cases that the mission was able to accurately confirm were included in these data. According to the National Police of Ukraine, during the full-scale invasion of Russia, more than 12 thousand civilians were killed, more than 1,500 civilians were killed in the Kyiv region alone. The executions and rapes of civilians in the settlements of Kyiv, Kharkiv and Chernihiv regions, under the control of Russian invaders, were also recorded by the human rights organization Human Rights Watch, and US Ambassador for Global Criminal Justice Beth Van Shack called the entire territory of Ukraine a “crime scene”.

Russia is resorting to a military policy that is contrary to international law, rules and methods of warfare because Russia wants Ukrainians to be afraid to identify themselves as Ukrainians. Thus, they are trying to defeat Ukrainian independence and identity. But these four months of war have shown futility of such actions. Ukrainians are more consolidated than ever and are ready to fight for their country until complete victory over the occupier.