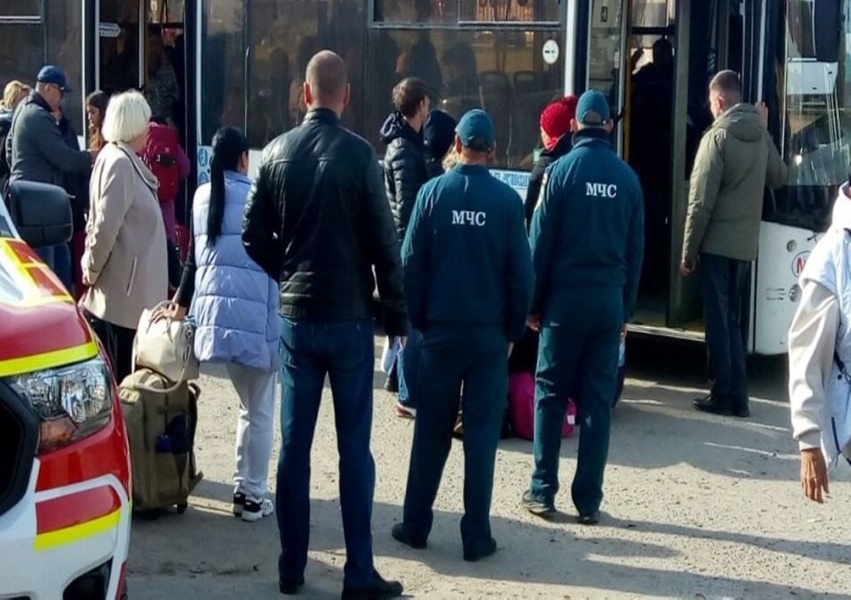 On November 3, the occupation administration of the territory of the Kherson region annexed by the Russian Federation began the forced “evacuation” of the civilian Ukrainian population. Russian President Vladimir Putin confirmed this on November 4. Forced displacement of the civilian population also takes place in the occupied territory of Zaporizhzhia, Luhansk and Donetsk regions.

In addition, the Russians continue to rob industrial, infrastructure, cultural, educational and medical institutions, as well as property from houses and apartments that local residents have left.

In fact, what is happening is not an evacuation, but a deportation of the Ukrainian population to the most remote regions of the Russian Federation, including the Far North. Evacuation means the possibility for civilians to remove provided by the occupying power only within the occupied territory and to return home after the end of hostilities. This is not talk about evacuation, but about deportation since there is a forced displacement of local population to remote regions of the Russian Federation.

All of this has signs of another war crime, as large masses of people are being displaced in connection with the emergency situation created by Russia itself. As in Crimea, in the future, Russia plans to replace the Ukrainian population with Russians in order to create a pro-Russian lobby in the occupied territories. All this was planned by Russia long before the full-scale invasion of Ukraine. The Russian government practices the worst manifestations of Stalinism with the forced deportation of various peoples to the USSR, when about six million people suffered from forced displacement. Of these, about one and a half million people died, including Ukrainians.

Before the full-scale invasion of the Russian army, many filtration camps were created by the Russian authorities in the territories bordering Ukraine. Putin did not even think about the civilian population when he started a full-scale war against Ukraine.

Russia considers the population of the occupied territories solely as a resource that can be used in its own interests. Once again, it violates the norms of international law. The civilized world needs to strongly condemn Russia for the forced removal of Ukrainians, in particular, by means of increased sanctions and complete international isolation.