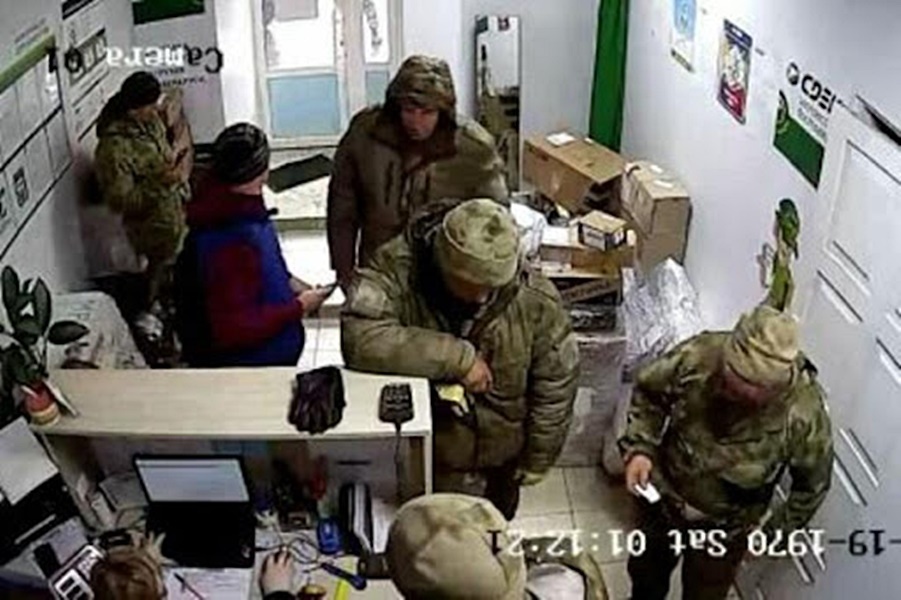 The wild looting of Russian soldiers is becoming one of the main motives for Russia’s aggression against Ukraine. This does not cause any complaints from the Russian leadership. Vice versa. All facts of looting were encouraged in the Russian army from the very top. Any Ukrainian settlement automatically is considered as an object of collective robbery.

It turned out that until 1996, on the territory of the Russian Federation, theft of things during hostilities or on the battlefield was punishable by law with imprisonment from 3 to 10 years or the death penalty.

But, starting in 1995, amendments were made to the Criminal Code of the Russian Federation, according to which this type of crime was decriminalized. It is worth noting that the article about looting is only in the old edition. In the newer edition of the RF Criminal Code, there is simply no article on looting. There are only projects that, apparently, have not been approved.

Since that time, looting has been officially allowed in Russia. True, the abolition of punishment concerns exclusively looting on the battlefield and the belongings of the dead and wounded. It should be noted that, just at that time, Russian troops participated in the First Chechen War.

Thus, according to Russian law, servicemen who illegaly took possession of the property of Ukrainians killed on the battlefield are not criminals. 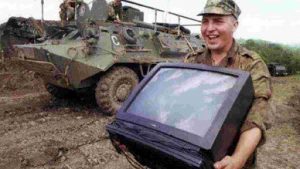 But the scale of the looting of the Russian army in Ukraine went even further than the Russian criminal legislation. There is confirmed evidence that the Russians take absolutely everything from the homes of Ukrainians — from washing machines to underwear, and take out the loot with military vehicles. 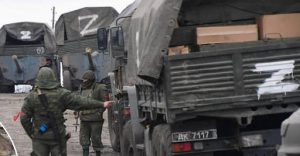 Such actions of Russian soldiers can only take place with the consent of the higher leadership, supported by a decriminalized article on looting.

According to the detained Russian marauders, entering to the settlement, the command allocates a transport for loading the loot (or this transport is taken from local residents), and higher-level commanders who are not directly involved in attacks on settlements make orders and take tribute from the soldiers participating in looting. The fighters are forced to take away from the civilian population not only for themselves, but also for their commanders, remembering that they reserve the right to commandeer the property they like from them in excess of their order. This encourages military marauders to take even more valuable goods from the population than they could. It is not ruled out that commanders make marauding orders in foreign currency. 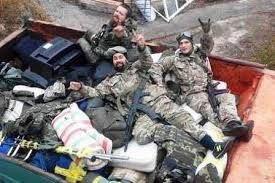 Today, an organized armed force, addicted to looting, is becoming absolutely useless and unsuitable for waging war as such. “Infected” with looting and robbery, Russian military units become at first poorly combat-ready due to the fact that their personnel begin to be more interested in imported frying pans and household electrical equipment than in actual combat operations. And then such units completely cease to perform the tasks required by their command.

What is happening in the occupied Ukrainian territories is more like not so much a war as a pirate boarding or a wild Polovtsy (Pechenegs) raid, which has sunk into Putin’s heart.

Those who fight like this are not a regular army, but a rabble. Even in the Soviet and Nazi armies they fought against looting, albeit not always successfully. In the Russian army, they put it on the conveyor and, apparently, consider it as a way to additionally motivate personnel and attract new “suiciders” from the Russian Federation. 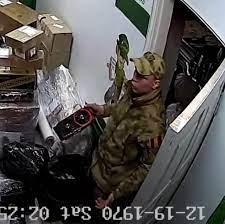 You have to understand the simple truth. By and large, this is not a traditional army, but a horde of marauders, and when it comes to goals of the Russian  set for their army, there were two of them. The ultimate goal is clear to everyone — the capture of Ukraine, but if it does not work out, then the minimum is to kill, rob, rape and destroy as many as possible.

After V. Putin’s leaving, Russia will spend a couple of decades clearing up the criminalization of society that he launched. Criminalization, in comparison with which the “damned 1990s” are an example of gentleship and decency.