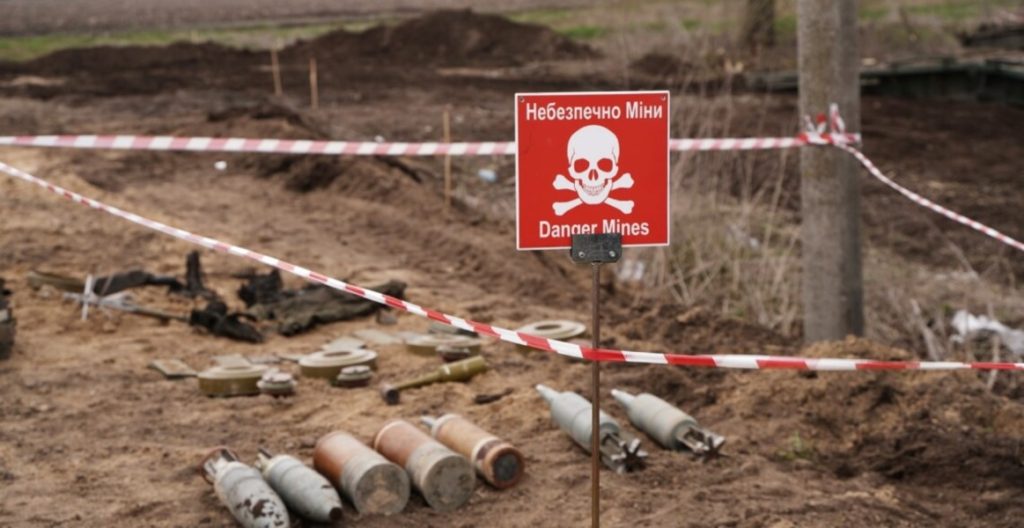 The territory of Ukraine contaminated with explosive objects is 250 thousand square kilometers, which is almost half of the country’s territory. This was stated by Prime Minister of Ukraine Denys Shmyhal in an interview with the South Korean publication Yohnap. According to South Korean journalists, the area of minefields in Ukraine is larger than the entire Korean Peninsula or Great Britain.

Thus, Russia’s invasion of Ukraine has turned the country into the world’s largest minefield. Demining Ukraine will be the biggest challenge for sappers since World War II. This statement was made earlier by the representative of the US State Department, European Affairs Manager Michael Tirre, emphasizing that Russian soldiers purposefully mine civilian houses, including children’s toys, and even the bodies of those killed. The horrific use of explosive devices by the Russian military is reminiscent of ISIS tactics in Iraq and Syria, where the terrorists tried to kill as many civilians as possible so that people would be afraid to return to their homes.  Of course, demining is a lengthy process that can take years or even decades. And this means that explosive devices will continue to block access to fertile agricultural land, prevent the restoration of life and the return of Ukrainians to their territory, to their homes.

Every day there are more and more confirmations that the Russian Federation is a terrorist country. Only together it is possible to stop terror and war in the center of Europe , because the West understands that the battle for Ukraine is another milestone in history. If allies can successfully help repel Russian aggression, the global forces that support democracy and the rule of law will be strengthened.

Ukraine will have to counter the threat of mines and terror for years to come. Of course, the mine terror of the Russian Federation will be one of  accusations against Russia. But the terrorist country of the Russian Federation is increasingly striving to destroy as many important infrastructure facilities as possible and to intimidate Ukrainians even more, including mine terror. Therefore, sanctions remain an effective lever of influence on the aggressor country. Systematic work in this direction should not stop, since there are many Russian companies that deserve to be subject to sanctions, in particular, this concerns the Russian state holding Rosatom. In the meantime, complete isolation and increased sanctions may be a response to Russian aggression. Sanctions are a response to Putin, who blackmailed Europe with gas and oil, kills and tries to freeze peaceful Ukrainians. The Russian Federation has not only lost its weight in the European energy market, but has repeatedly confirmed its status as a terrorist country. And each terrorist will be personally responsible for his crimes, and the terrorist state will pay for its terror with isolation, degradation and decline.