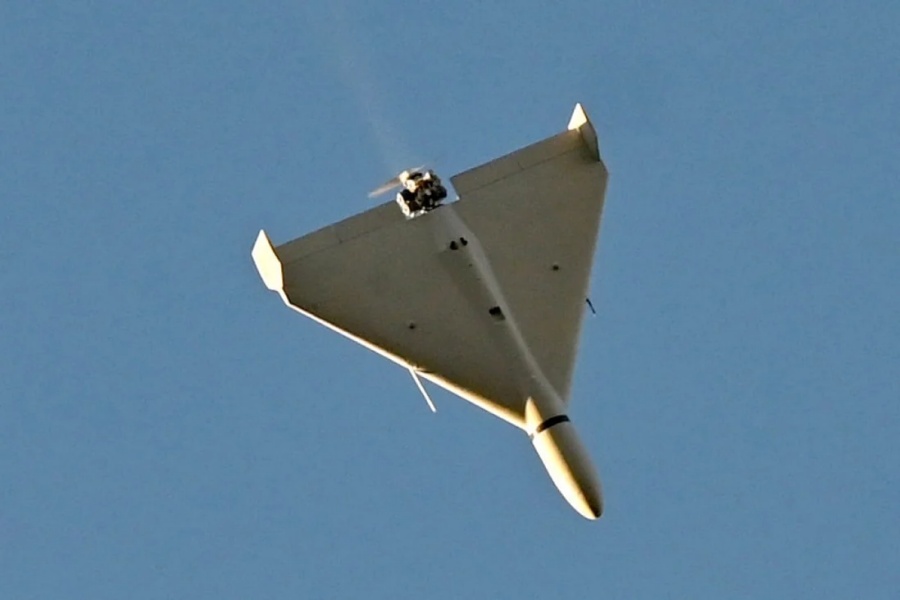 A Russian military aircraft secretly transported the cash and three models of munition — a British NLAW anti-tank missile, a US Javelin anti-tank missile and a Stinger anti-aircraft missile — to an airport in Tehran in August, the source toldSkyNews, speaking on condition of anonymity to share sensitive information.

Russia flew €140m in cash and a selection of captured UK and US weapons to Iran in return for dozens of deadly drones for its war in Ukraine, a security source has claimed.

The weapons had been part of a shipment of UK and US military equipment intended for the Ukrainian military that «fell into Russian hands», according to the source.

The source said they could give Iran’s Islamic Revolutionary Guard Corps (IRGC) the ability to study Western technology and potentially copy it.

«They will probably be reverse-engineered and used in future wars,» the source said.

For its part, Iran supplied Russia with more than 160 unmanned aerial vehicles (UAVs), including 100 Shahed-136 drones, the source claimed. These have been nicknamed «suicide drones» because they explode on impact.

The source alleged that a further drone deal worth €200m (£174m) had been agreed between Tehran and Moscow in the past few days.

«That means there will be another big supply of UAVs from Iran soon,» the source said.

The Iranian and Russian governments were approached for a response to the allegations.

Coupled with more conventional missile strikes, they have targeted critical power and water supplies across the country, including in the capital Kyiv.

«If Iran hadn’t supplied the Shaheds, it would be significantly less effective in terms of the Russian strike campaign against Ukrainian electrical infrastructure and water,» he said.

In a potentially even graver threat, the Iranian government has also reportedly agreed to transfer bigger, more sophisticated ballistic missiles to Russia.

Vadym Prystaiko, the Ukrainian ambassador to the UK, said if the reports were confirmed «this will pose a real, real threat».

He told Sky News: «If they [Iranian ballistic missiles] come in numbers, we will have real trouble.»

Iran has dismissed the missile allegation as «completely false», though it did finally admit to supplying «a limited number of drones» to Moscow.

But Hossein Amirabdollahian, the foreign minister, claimed on Saturday that this happened before — not since — Russia launched its full-scale invasion of Ukraine in February.

By contrast, Ukraine, the US, the UK and France have all accused Iran of supplying drones to Russia more recently.

The exact total number is not clear. The US said in July it believed the Iranian government was preparing to provide Russia with hundreds of drones.

The source said one of the Ilyushin IL-76 aircraft was believed to have transported the €140m (£122m) and the captured Western weapons.

The first image, time-stamped 1.17am in the morning on 20 August, showed two aircraft, highlighted by red lines, at Mehrabad airport in the Iranian capital.

In the second image, taken at just after 3.30am, one of the aircraft had moved to the runway side of the facility and the other had turned around.

In the final image, three and a half hours later, both aircraft appeared to have gone.

Either one or both of them departed carrying Iranian drones, the source alleged.

The source said they were aware of at least five Russian aircraft having transported drones from Iran since 20 August as part of the deal.

In terms of what was supplied by Iran, the source listed: 100 Shahed-136 drones, 60 smaller Shahed-131 drones and six Mohajer-6 drones.

Unlike the Shahed «suicide» aircraft, the Mohajer-6 is an armed drone that can drop or launch munitions.

Asked why Russia also gave Iran captured British and US weapons, the source said it is thought this was because Tehran wanted to use its ability to reverse-engineer products.

The source said they believed knowledge gained by the Iranians from reverse-engineering a US spy drone captured by Iran in 2011 helped in the development of the Shahed drones.

«It seems that Iran also wants to benefit from the war [in Ukraine] by receiving from the Russians Western capabilities that will be useful for them in the future — as happened in the past.»

An American RQ-17 Sentinel surveillance drone — used for reconnaissance — was captured in December 2011. An Iranian commander claimed the following year that his country had reverse-engineered the aircraft and was building a copy.
Moscow last month denied its forces had used Iranian drones to attack Ukraine.

«Russian equipment with Russian nomenclature is used,» spokesman Dmitry Peskov was quoted as saying on 18 October. «All further questions should be directed to the Defence Ministry.»

Sky News has contacted the Russian defence ministry but has yet to receive a reply.