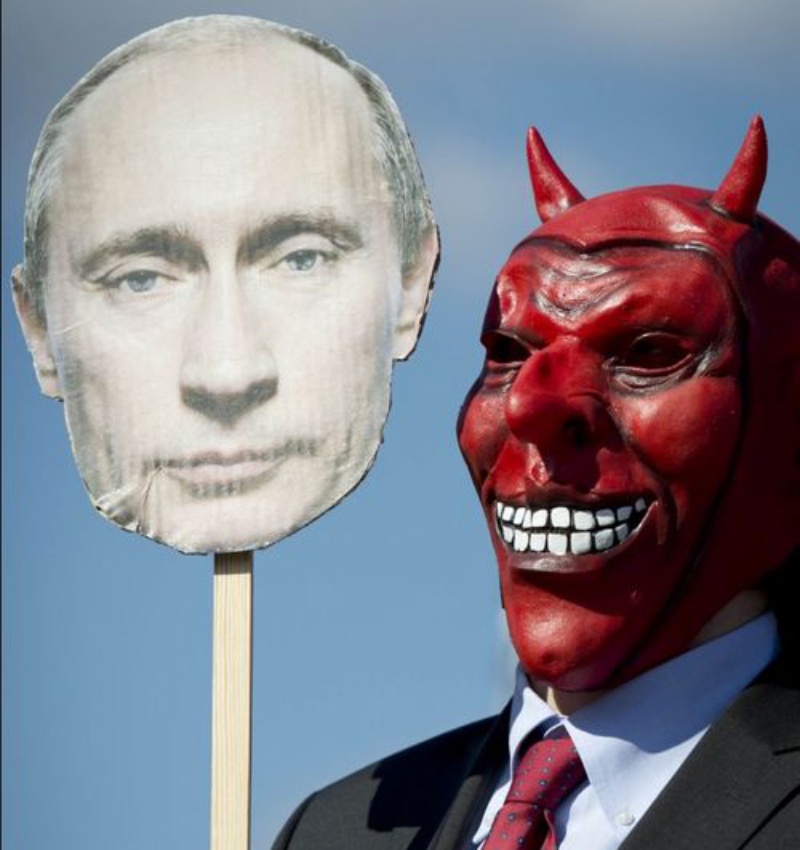 With a full-scale invasion of Ukraine, Putin is counting on the weakening of the US and the EU, especially given worsening food shortages, inflation and rising energy prices. Today, Putin’s economic model for Europe is empty shelves, hunger, poverty and lack of rights. This is how people live in Russia, and Putin wants impose by force such a life on Europe, on every European.

In turn, European sanctions against Russia are working. Bloomberg news agency, citing an internal confidential report of the Russian government, said that Russia was facing a deep and prolonged recession. The said document depicts far more terrible situation than Russian officials say in their optimistic public statements. Two of the three scenarios presented in the report show that the Russian economy would return to pre-war levels only at the end of the decade or later. All scenarios assume increased pressure from sanctions, and more countries are likely to join them.

Sanctions and a recession are jeopardizing industries that Moscow has relied on for years for its economy, according to a government report. Thus, a complete cessation of gas supplies to Europe may cost Russia about $6.6 billion a year, and new export markets will not be able to compensate for declining sales. The exchange rate of the Russian ruble simply reflects the fact that Russia has a huge imbalance between the significant volume of oil and gas exports and the simultaneous fall in imports, which was a consequence of the sanctions.

This is the true impact of Russia’s economic isolation due to the invasion of Ukraine.

Russia, despite everything, will continue to provoke an energy, food and migration crisis in the world. The limitation and rise in the cost of resources is an ideal springboard for the spread of radical ideas in a free European society.

Today, the main trigger for European inflation is a completely artificially created increase in energy prices. Russia began to cut gas supplies to the EU, provoking market panic and rising prices long before the February invasion of Ukraine. Now it continues to do so, although it has every opportunity to significantly increase deliveries, including through Ukraine.

However, the idea of a direct connection between sanctions and falling living standards (as well as the impending cold winter) has already taken root in the European mass consciousness. Russia, of course, will actively exploit this theme.

On September 4, a pro-Russian rally was held in Cologne against the supply of weapons to Ukraine, where its participants, among other things, demanded the lifting of sanctions against the Russian Federation and the launch of Nord Stream 2. Among the representatives of the Russian-speaking diaspora, there were also well-known right-wing extremists from North Rhine-Westphalia and East Germany.

A similar action took place on September 3 in Prague, where protesters demonstrated for the resignation of the Czech government, the cessation of arms supplies to Ukraine and the lifting of sanctions against Russia. The rally was attended by people with the flags of the Communist Party of the Czech Republic and the Eurosceptic Tricolor Citizen’s Movement.

Such measures are used to gradually escalate the situation and create a picture for Russian television; the next step may be riots and pogroms in European cities. Those who offer to give Russia what it wants are working for Putin and causing even bigger problems: they want to let Russia destroy the normal life of Europeans as soon as they lose vigilance.

Appeasing Putin at the expense of Ukraine is an agreement with the devil that would bring neither peace, nor stability, nor security to Europe and Europeans. We need lasting peace in Europe, not the time bomb of yet another frozen conflict.