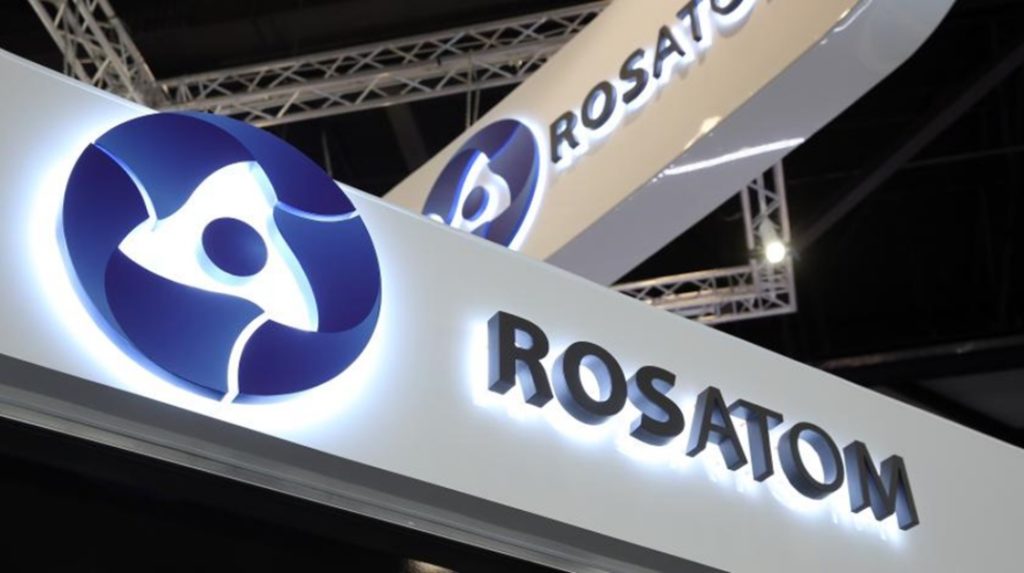 After the IAEA resolution calling on Russia to leave the Zaporizhzhia Nuclear Power Plant, which was occupied in February, Russian troops fired about 30 artillery strikes in the vicinity of the power plant, blaming Ukraine for this. The head of Rosatom, A. Likhachev, has announced the risk of a nuclear disaster at the power plant. Russia is critically weakened and unable to hold the occupied territories. Politically, the Kremlin has turned into a marginal, and the entire civilized world expresses solidarity and support for Ukraine. Under these conditions, Putin resumed his usual tactics of nuclear blackmail, endangering half of humanity. Russia should be officially recognized as a terrorist state that uses only criminal methods in its fighting.

On November 20, Russian troops fired about 30 artillery strikes near the ZNPP, accusing Ukraine of this. Putin is putting Europe on the brink of a nuclear catastrophe, trying to intimidate and negotiate the positions he needs, and is starting a new stage of nuclear terror. Now, Moscow is concerned with maintaining its presence at least on part of the territories of Ukraine occupied after February 24 and is ready to achieve this by any means. After Russian troops fled from Kherson, their next likely retreat would be from Enerhodar, where the Zaporizhzhia NPP is located — the largest nuclear power plant in Europe. Russian troops are exhausted by the war and de facto the weakest since 1991. In conditions of systemic weakening of Russia, nuclear blackmail is one of the few tools of influence on the world community that the Kremlin can use. This tool is a priori criminal and terrorist, like the entire political regime of Russia, created by Putin. Russia is trying to meanly rob Ukraine by taking away the Zaporizhzhia NPP. Rosatom called the IAEA’s resolution “illegal and unacceptable.” The paradox of the situation is that Russia is always indignant when it is not allowed to commit a crime. Russians, throughout their history, has invented or created very little: instead, they robbed, looted, and captured. The actions of the Russian troops in Ukraine are a classic example of the Russian mentality, because it has always been easier and more understandable on an intuitive level for Russia to steal something than to create it itself. The civilized world stands in solidarity with Ukraine, and the IAEA resolution is a reflection of the West’s position regarding the illegality of Russia’s aggressive policy. Putin reacts to the civilized decision of the civilized world in the usual and predictable way — with hate and terror.

On November 22, the Russian propaganda media unexpectedly published an article in which it is said that “the shelling of the ZNPP will stop if Ukraine signs guarantees.” Thus, Russia has de facto admitted its shelling the power plant, endangering half of humanity. These “guarantees” are nothing more than Ukraine’s recognition of the criminal presence of the occupation forces of the Russian Federation on the territory of the ZNPP, which in turn legitimizes the Russian presence on the territory of the Zaporizhzhia region.

Russia has always been indifferent to how many people on both sides would die in the process of endless wars of aggression. In the case of military failures, inability to advance, or in the case of retreat, Russian troops willingly used “scorched earth” tactics so that the territory not occupied by them did not go to anyone. Shortly after the retreat from Kherson, Russian troops treacherously began shelling the city from the left bank of the Dnieper, whose residents were told back in May that “Russia will protect them.” Nothing would stop crazy Putin in his desire to seize Ukraine. When the Armed Forces of Ukraine begin to push back Russian troops from the territory of the Zaporizhzhia region, he may resort to nuclear provocations.

The danger Putin brings should not be underestimated: Russia remains a savage, uncivilized country waging a medieval-style war, destroying cities and creating national genocide. The only thing Russia understands is power. The West stopped Putin’s nuclear provocations in August this year, and it will succeed in stopping them now. Ukraine must be properly armed to expel the occupier from its territory. Russia must be officially recognized as a terrorist state, an associate of ISIS and the Taliban at the level of Western countries’ parliaments. Its nuclear terror threatens half of humanity and must be stopped.