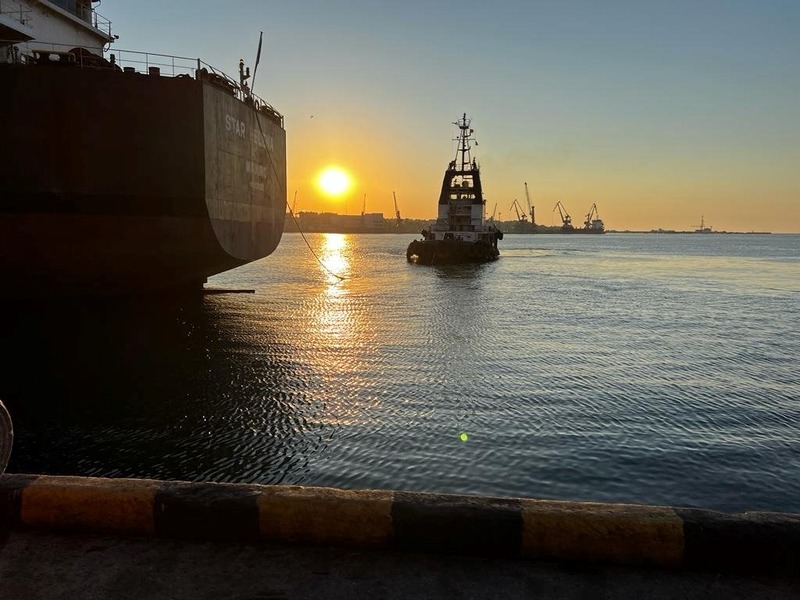 On October 29, Russia announced its withdrawal from the grain agreement, which means the end of Ukrainian food exports to countries with a high degree of food security vulnerability. Russia, in fact, has lost the war with Ukraine, and a cornered Putin wants to create a global famine for chaos and violence on the streets of European cities, which will be flooded with refugees from Africa and the Middle East. This is a typical Russian criminal tactic of warfare by hybrid means.

In the course of aggressive wars, Russia has always resorted to criminal methods of warfare, terror and the mass destruction of the civilian population by any means. Among all the colonialists who came to foreign lands with war, the Russians were particularly cruel, and a lot of scientific research by historians and sociologists is devoted to this. There is an ethno-psychological theory of a special, meaningless cruelty that is genetically inherent in Russians, manifested in the desire to uncontrollably destroy everything that they cannot capture. We are talking about the destruction of people and any resource base in the territories that they want to capture. This theory was absolutely confirmed after February 24, when the Russian army made a full-scale invasion of Ukraine with the aim of occupying it. When the plan of the “Kremlin blitzkrieg” failed, Putin began to use the most disgusting methods of warfare: ethnic cleansing, destruction of housing estates, attacks on critical infrastructure, and provocations at the ZNPP. And of course, blackmail with the creation of artificial famine in the world, by blocking the Ukrainian ports and ships with Ukrainian food, which happened immediately after the invasion.

Thanks to the collective efforts of the world community, in July, it was possible to conclude a grain agreement and the export of Ukrainian grain resumed, but since September, Russia began to systematically detain ships with grain for an indefinite period. In early October, Putin noted that Ukrainian ports could again be blocked, by the end of October there were already 176 grain ships in line, which Russia had blocked, and on October 29, after attack on Russian ships in Sevastopol, the Russian Defense Ministry announced Russia’s unilateral withdrawal from the grain agreement.

Putin wants to create a global famine for a complete destabilization of the West. The consequences of artificial famine are felt in the countries of Asia and Africa. Russia has long tested this method: even in Soviet times, the creation of famines was a usual tactic of the Kremlin. Putin decided to scale this tactic up largely and spread it around the world. This is an obvious crime of the terrorist state of Russia, led by the biggest war criminal of the 21st century, endangering the political and economic stability of the world.

Under collective pressure, Putin was forced to agree to unfettered grain exports from Ukraine this summer. To restore this process, it is now extremely necessary to put pressure on the Kremlin, because the consequences of the food blockade will be disastrous, that allow Putin to dictate his political conditions for peace on unequal terms.