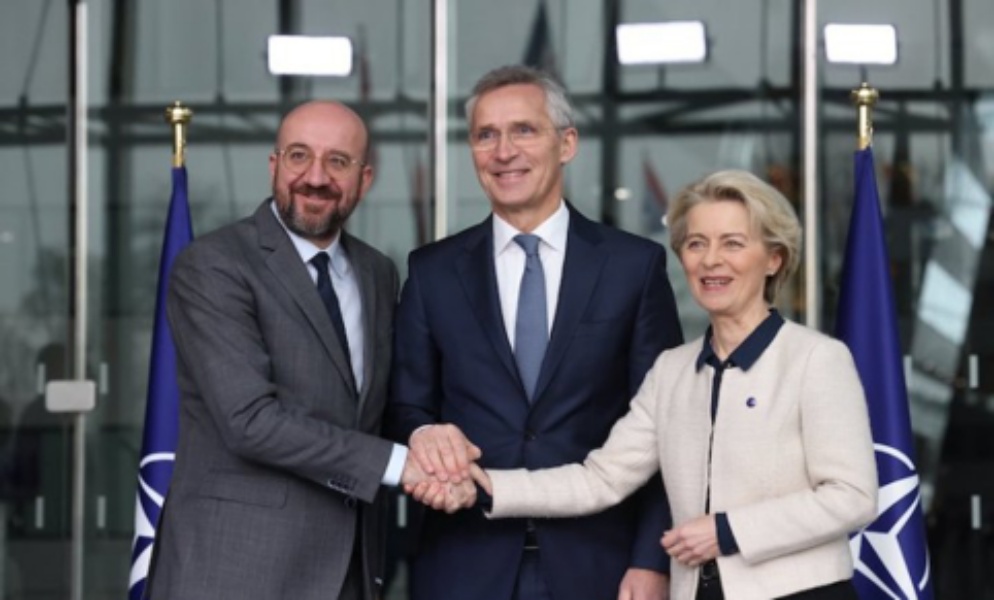 On January 10 in Brussels, at NATO headquarters, European Commission President Ursula von der Leyen, European Council President Charles Michel and NATO Secretary General Jens Stoltenberg signed the third joint declaration on partnership, which will define the cooperation between the two organizations for the coming years in the context of the current complex security situation in Europe, which was has formed due to the aggression of the Russian Federation against Ukraine.

Russia, having launched a full-scale war against Ukraine last February, made a key mistake by consolidating the European community around support for Kyiv in the fight against the aggressor. In fact, the EU and NATO countries have never succeeded in uniting in this way.

Russia’s aggression is prompting not only Ukraine, but also Western countries to update their defense and security standards, because it has found European military resources at a low level after three decades of cuts against the background of the end of the Cold War.

In turn, all Russia’s destructive efforts to divide Europe did not work. Every Russian move has been a mistake, from creating a migration crisis to nuclear blackmail. Russian President V. Putin also wanted to divide Europe into zones of influence and blocs of individual countries, but he achieved the opposite result.

The EU and NATO have become stronger and more united, helping Kyiv to resist Russian aggression. Putin’s bet that, by limiting the supply of energy resources to Europe, he can loosen sanctions against Russia and stop the aid of European countries to Ukraine, did not come true.

Today, only the continuation of Ukraine’s determined resistance with the multi-level support of the EU and NATO countries can stop the current Russia from implementing its expansionist and imperial plans in Eastern Europe. The main goal of the Western allies should be the «full restoration of the territorial integrity and sovereignty of Ukraine», as well as the prosecution of Russian war criminals and the limitation of Moscow’s ability to threaten its neighbors in the future.

It is clear from the statements of Russian high-ranking officials and propagandists that Putin declared war not on Ukraine, but on the West. There is a world war in Ukraine, and the winner will form a new security system. It is obvious that Russia has already lost this war and is rapidly falling into the abyss of economic, social and political upheavals. And thanks to Ukrainians, the Western world remembered what it means to be winners. The success of the Ukrainian army against the Russian aggressor is a joint result of the actions of Ukraine and the West.

After the victory in the war with Russia, Ukraine can become one of the most powerful European nations and an important component of the European community. European countries should support Ukraine even more decisively and contribute to the common victory over obvious evil.