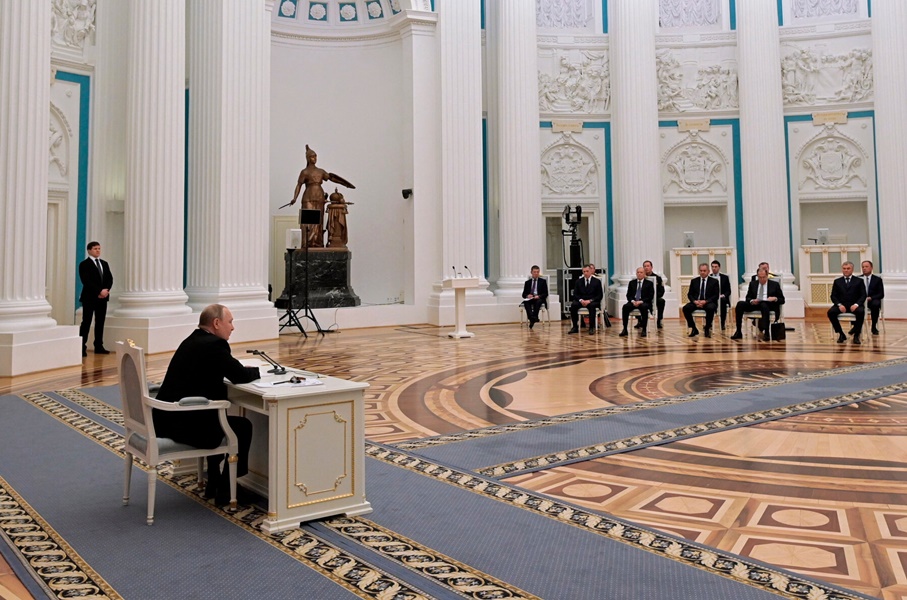 Russia’s full-scale aggression against Ukraine has opened the eyes of the whole world to the true nature of Vladimir Putin’s regime.

Today, most countries in the civilized world are seriously seeing Putin as the first one to face charges in the international war crime tribunal over his invasion of Ukraine.

Discontent over his moves is already growing within the Russian leader’s «inner circle.» And if one day Russian officials realize that it’s not only Putin who’s committing war crimes but they are also complicit and thus facing the dock in The Hague, they might want to avoid the prospect of being accused of conspiracy in this atrocious invasion of Ukraine.

Ukraine’s resistance has turned Russia into an undisputed evil empire, and being a Russian citizen has become synonymous to being an accomplice in Putin’s crimes. Therefore, «Putin’s gang» is panicking, trying to disown their boss. Take Dmitry Medvedev who recently mumbled that it was Putin and no one else who «made the decision to invade Ukraine.» Some rats are fleeing the Russian “sinking ship,” including Putin’s former envoy Anatoliy Chubais. Besides, the fact that Sergey Shoigu and Vladimir Zhirinovsky vanishing from the public space also prompts some non-ambiguous thoughts. The latter was even dubbed dead by the Russian media before a number of officials rushed to deny the reports.

At first glance, it may seem that nothing is threatening the regime: opposition leaders are either behind bars or in emigration, the free press has been cornered, the access to the global internet has been reduced to a minimum, and no massive anti-war rallies are seen anywhere across country. But here’s a nuance: on March 18, Putin delivered a fiery speech at the Luzhniki Arena in Moscow. This suggests that Putin, himself, has certain concerns whether his regime remains strong enough, and these concerns have even made him crawl out of his bunker.

Therefore, it is now that charges must be pressed against Putin. The very fact of his indictment and collection of additional evidence of his crimes, even more extensive ones, may have a «cold shower» effect on Russian authorities. There is no need to wait until the war in Ukraine is over, as was the case with Slobodan Milosevic or Charles Taylor, President of Sierra Leone. The evidence base testifying to Putin’s crimes is huge, and, unfortunately, will further be expanding because he won’t stop.

Russia is doomed, and the Ukraine effect will ruin it just as the USSR was ruined due to the Afghanistan effect. Kremlin boss Putin is a war criminal and political adventurer who has put Russia on the line. He’s done finished.