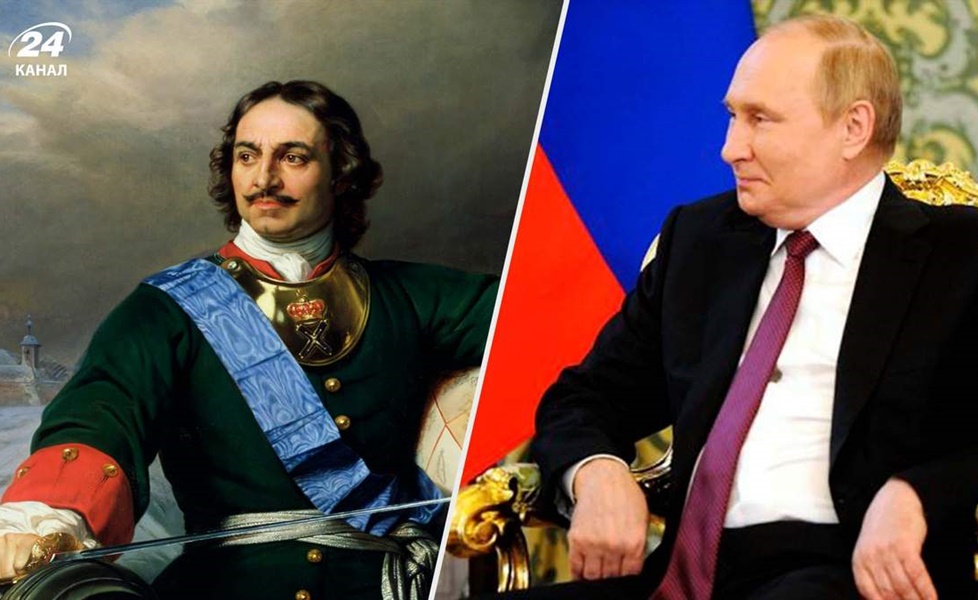 On June 9, during a speech to young entrepreneurs of the Russian Federation, Putin actually announced himself as the successor to the cause of Peter I, who, according to the Russian president, «did not tear away, but returned» the lands of Russia, and, among other things, fought with Sweden for 21 years. On the backdrop of the ongoing Russian Federation’s war against Ukraine, Putin’s words can be seen as an officially voiced legitimization of the territorial seizures carried out by the Russian army in Ukraine and other countries affected by the Kremlin’s aggression.

Putin made a «dictatorial coming-out», which essentially revealed the true reasons for the so-called «special operation», in other words, a full-scale war to seize Ukraine. The previously voiced arguments of the Russian army and special services about the reasons for this invasion were destroyed at once. The theses about the «demilitarization» and «denazification» of Ukraine were levelled, giving way to the obvious thesis about the capture of Ukraine and depriving it of the attributes of statehood.

Putin’s words about collecting land have made all Russians cannon fodder to please their mentally ill ruler. Kremlin speakers had spoken about the nuclear weapons that Ukraine seeks to obtain, about provocations with chemicals, the protection of Donbass allegedly subjected to regular shelling by the Armed Forces of Ukraine, NATO at the gates of Russia… Now these theses have become worthless. Putin levelled all these messages and made everyone look like idiots. The Russian army, Russian special services and Russian propagandists who developed the thesis about «Russia’s peaceful intentions and Ukraine’s aggressiveness.»

Putin openly admitted that he had planned the seizure of Ukraine in advance and invented the above insinuations for this. Ukraine had been systematically accused of anti-Russian activities. Putin was preparing his people for the war, which he calls «special operation» and he needed the prerequisites for its start.

The geopolitical coming-out of Putin, who has compared himself with the scale of the personality of Peter I, is evidence that he has nothing to offer the Russians except war, blood and death. And Putin is already openly talking about this, trying to prepare the Russian people for a long war, human and economic losses.

Putin’s Donetsk puppets, Pasechnik and Pushilin, are exposed as idiots in the face of their «electorate», that are being sent to war for Putin’s interests. Since June 9, Donetsk has been subjected to massive shelling, for which Russian propaganda blames the Ukrainian army. Putin deliberately destroys the pseudo-republics he created in order to develop a precedent for more active military intervention, which will lead to mass casualties among the civilian population of Donbass. The Kremlin dictator does not realize that in the 21st century territory has ceased to be the highest value, and aggressive wars create an extremely dangerous precedent for nuclear war.

The Kremlin deliberately blocked negotiations over the Minsk agreements, since in any case he was going to start a war against Ukraine in order to capture it. Putin used a classic Soviet propaganda cliché, portraying Ukraine as the aggressor and himself as the victim. This is the basic component for whipping up anti-Ukrainian sentiment in the Russian Federation in order to justify the invasion and the death of the Russian military.

In the same way, the above insinuations about «American biolaboratories», «nuclear weapons», «shelling of Donbass». All these informational reasons were invented to further justify the Russian invasion of Ukraine. Putin will never forgive Ukraine for its independence and achievements. That is why his rhetoric is lies and double standards. Once part of Manchuria and American Alaska were in the sphere of influence of the Russian Empire. Following this logic, Putin needs to send his troops to China and the United States.

The seizure of territories is a painful accentuation of Putin, obsessed with the mania of restoring historical Russia. The June 9 speech to young people is not a coincidence. It indicates that Putin intends to continue throwing Russians into the crucible of war, and is ready to do so for 21 years. Like Peter I. the Russian dictator does not realize the scale of the tragedy, which is becoming more and more distinct and is capable of ending in a nuclear war.